Dia Mirza blessed our Instagram feed with a super cute video of her son Avyaan Azaad on Monday afternoon. In the video, Dia Mirza’s one-year-old son Avyaan is heard calling her “Mamma” and the actress revealed that this was the first time he referred to her as “Mamma.” 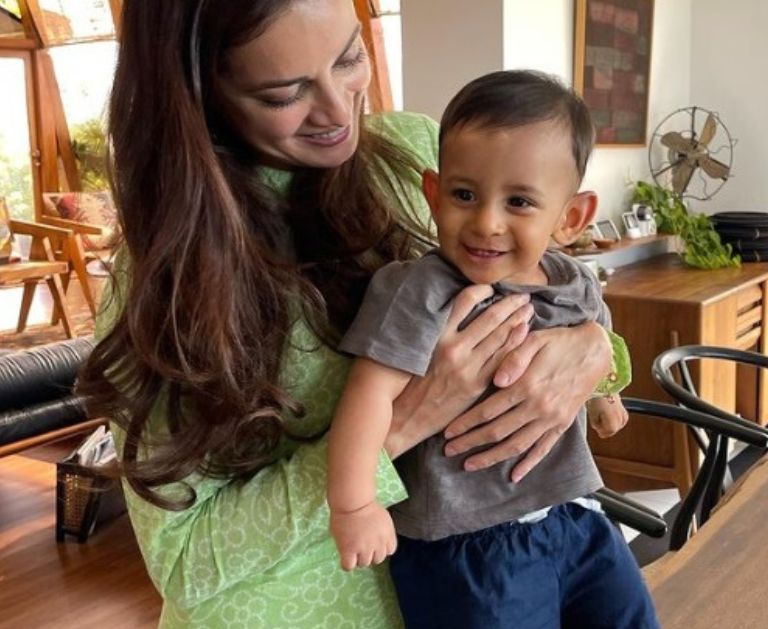 Dia Mirza wrote, “He said “Mamma” for the first time yesterday” and added the hashtag “#IAmNature.” In May last year, Dia Mirza and her husband  Vaibhav Rekhi welcomed a baby boy. Watch the video here. 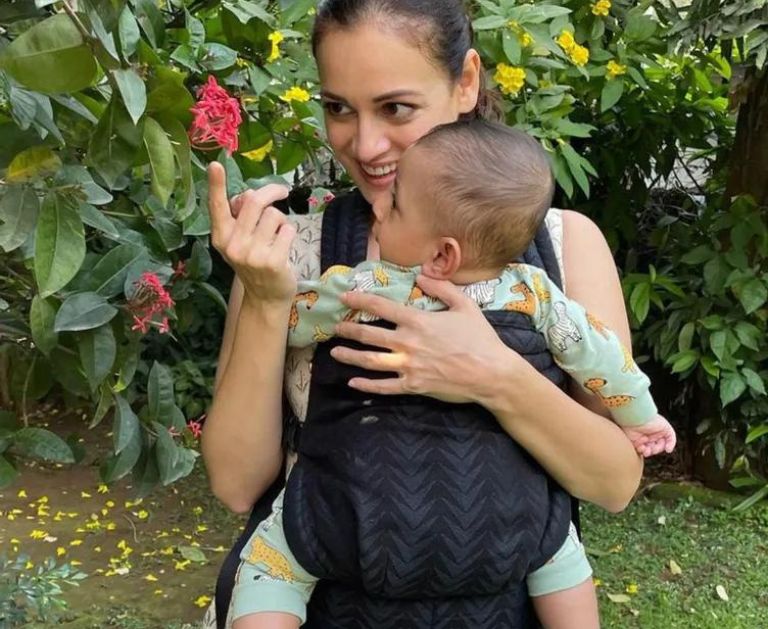 Afterward, Dia was heard saying to him, ‘Say papa’, but Avyaan did not respond. The video followed a butterfly sitting on a flower then. Fans are commenting lovely words. They commented, “Wow a v happy moment for you,” “Sooo cute Dia really…….,” “Best feeling god bless you Dia ma’am” etc.

In February last year, Dia and businessman Vaibhav Rekhi got married. On May 14, a few months after their wedding, they welcomed Avyaan. Earlier this year, when Avyaan was 1, Dia wrote an emotional note, recalling how she battled a serious health condition.

A part of her post said that Avyaan is their ‘miracle,’ ‘Jaan.’ She also said that her son was premature and weighed 820 gms. He had necrotising enterocolitis and had to go through life-saving surgery. After 90 days of battle, he was finally brought to home. She is enjoying her motherhood and is extremely happy after her son called her ‘Mamma’ for the first time.