Mira Rajput And Shahid Kapoor Get Emotional As They Drop Daughter, Misha To School On Her First Day; Checkout Here!

Bollywood couple Mira Rajput and Shahid Kapoor’s daughter, Misha Kapoor are ready to attend her first day at school. Although, her adorable parents were feeling a chunk misty-eyed for her daughter. Bollywood charming actor, Shahid Kapoor and his wife, Mira Kapoor are experiencing a similar period now. 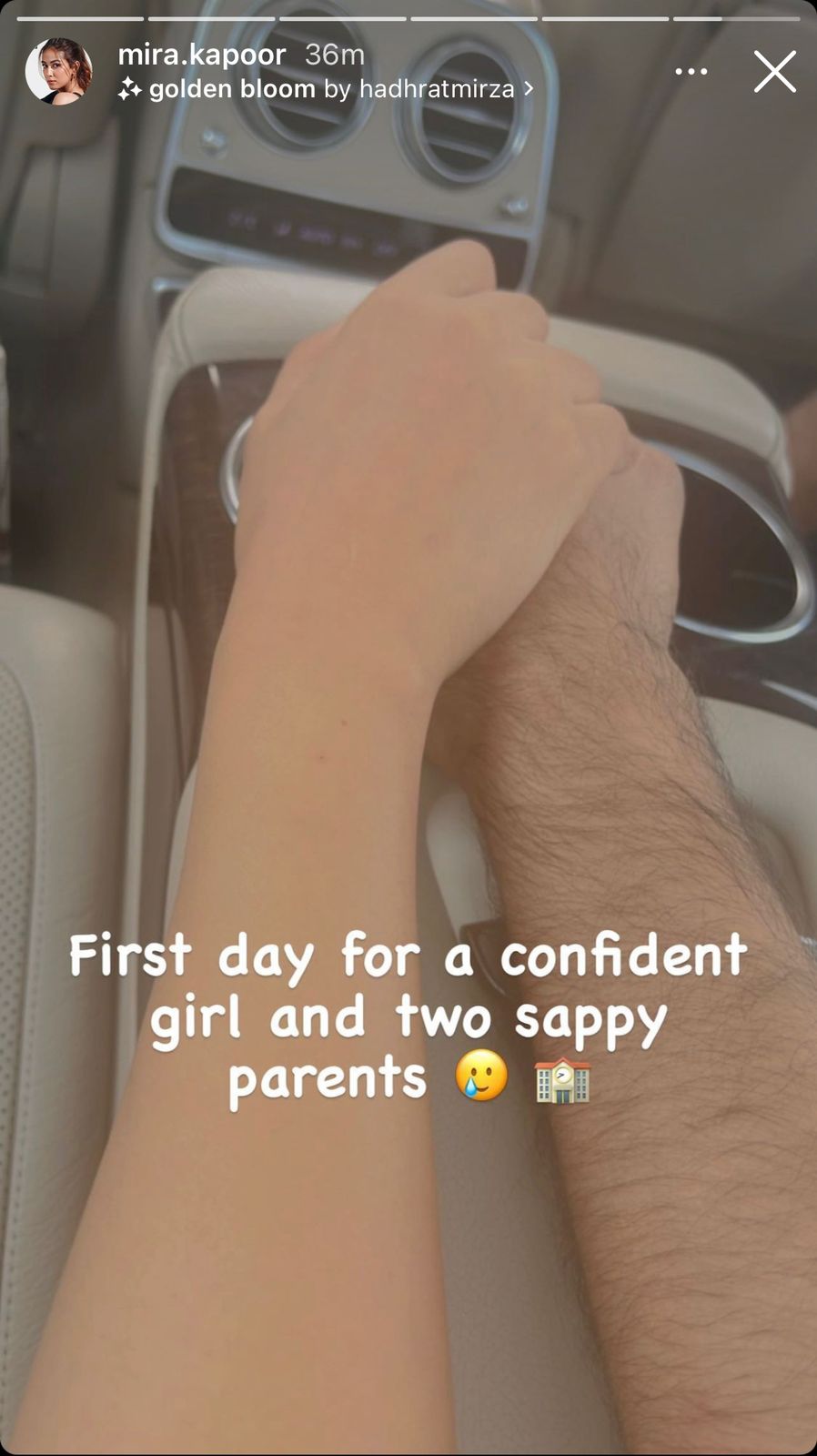 A few days back, veteran actors, Pankaj Kapur, and Supriya Pathak’s daughter, Sanah Kapur had tied the knot with his boyfriend, Mayank Pahwa. Shahid Kapoor and Mira Rajput Kapoor’s kids, Misha Kapoor and Zain Kapoor, caught everyone’s attention at the wedding. Besides, they attended their first-ever wedding ceremony. Pictures and videos from Sanah and Mayank’s wedding and ceremonies functions are still hanging around on social media platforms, and we are excited to gush over them. 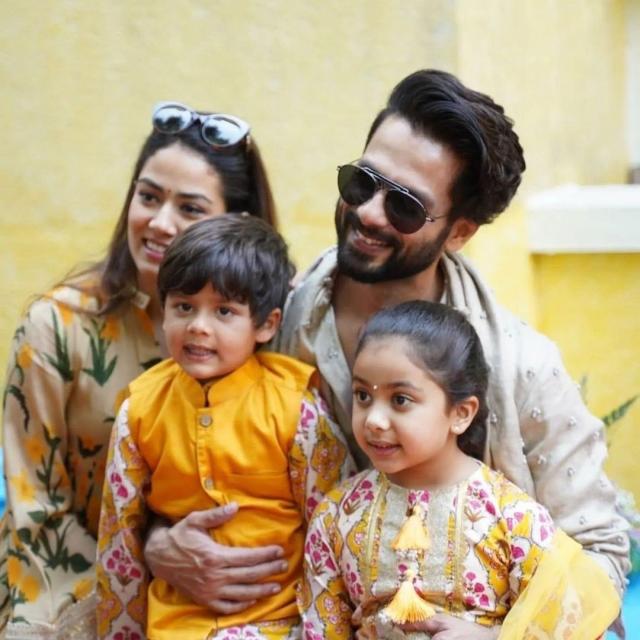 A few moments ago, Mira Rajput Kapoor shared a post on her Instagram handle and posted pictures of her holding her hubby, Shahid Kapoor’s hand. The adoring parents were sitting in a car as they were ready to drop their daughter, Misha Kapoor at school on her first day of school. While sharing the picture, Mira wrote a note and revealed that she and Shahid were feeling misty-eyed while their daughter was feeling confident. She wrote: ” first day for a confident girl and two sappy parents.” 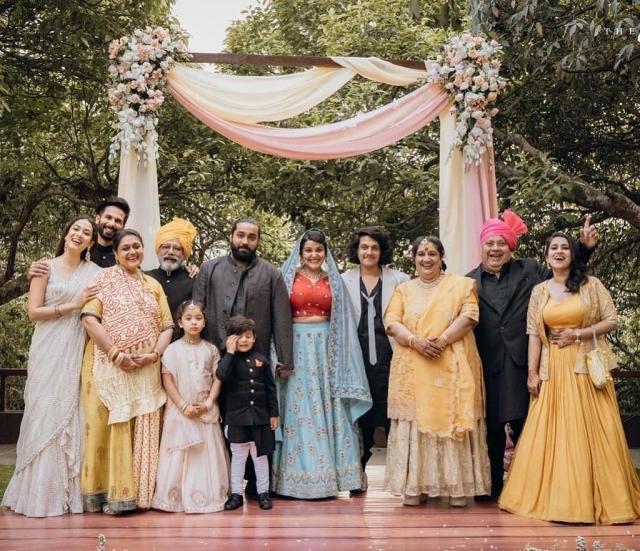 On March 7, 2022, Mira Rajput Kapoor had shared a post on her Instagram handle and had shared a sweet boomerang of her kids, Misha and Zain, who were cherishing their time on the swaying. Calling them Kudrat Ke Nazaare, their adoring mother had written a note that could be read as: “So the kids went for their first-ever Shaadi and all I was thinking about was all the stuff they’d eat and drink away literally like kids in a candy store and be utterly spoiled by the entire family. Let’s just say, they had a blast!” 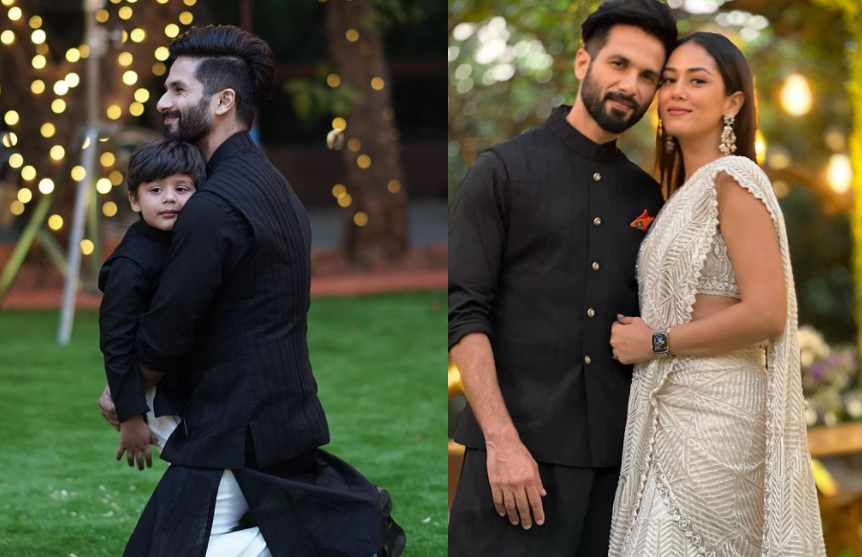 Further, she had mentioned in the caption what her kids had worn for wedding and pre-wedding ceremonies and had shared that she had to get their clothes overnight and had to match them with backups. Earlier, Mira Rajput Kapoor had shared a Reel on her Instagram stories and had remembered her daughter, Misha Kapoor’s response to meeting her baby brother, Zain Kapoor. 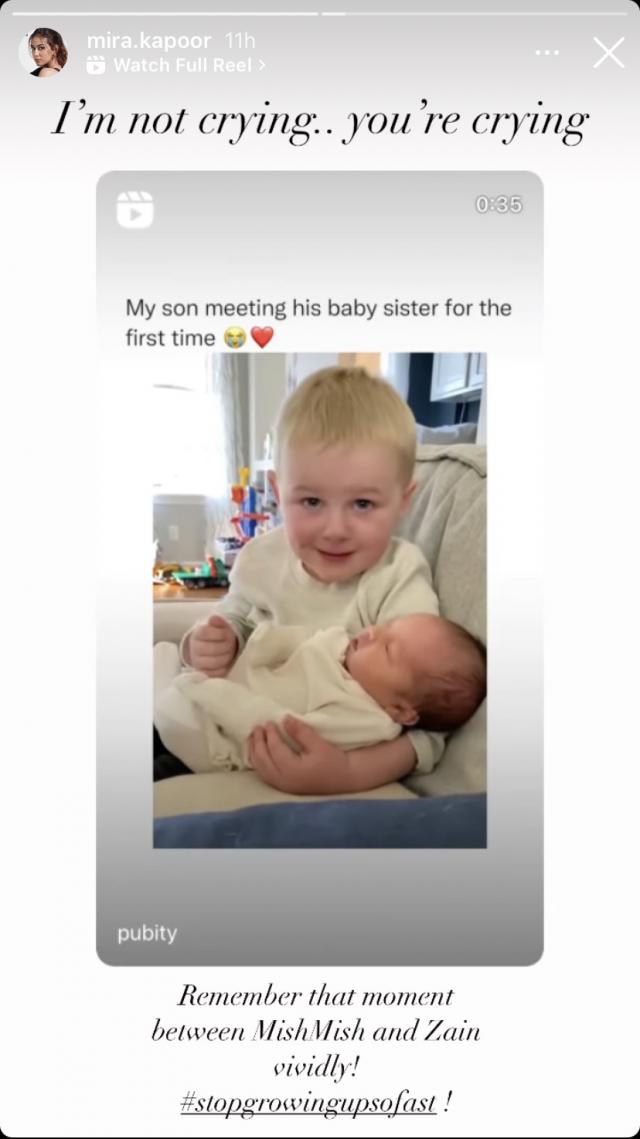 In the video, a baby boy could be seen shedding tears of joy, holding his baby sister in his arms, and it was so heart-touching. Sharing the video, Mira had disclosed that this had reminded her of the first meeting of Misha and Zain. At the top of the video, she had written: “I’m not crying.. you’re crying. Remember that moment between MishMisha and Zain vividly! #stopgrowingupsofast!”