Anushka Sharma and Virat Kohli have always been in the news ever since the couple started dating and then later tied the knot. For millions of fans, they are the couple goals and people look up to them and love them from the bottom of their hearts. The duo is also the most powerful couple in terms of brands and endorsements and is considered the most trustworthy ambassadors. 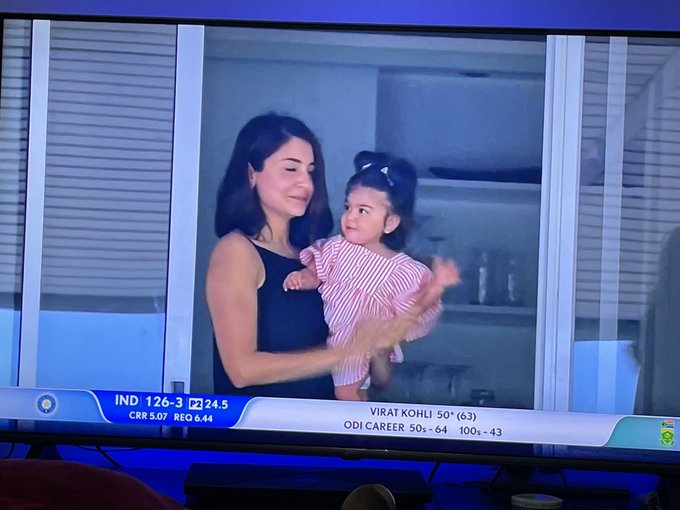 The couple was blessed with a baby girl in January 2021 and both named her Vamika, which also is the name of goddess Durga. Vamika has always been the talk of the town ever since she was born and fans and followers were waiting to get glimpses of the star kid. However, both Anushka and Virat had requested the media to not click the pictures of their baby till she gets older and is able to decide things for herself. 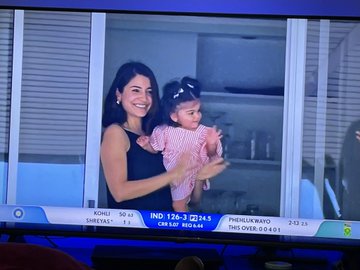 But now there’s good news for the fans and followers of the couple that they can finally see the face of the baby girl. Vamika’s face was accidentally revealed during the India vs South Africa match where Anushka could be seen holding Vamika in the stands.

In the video, While Anushka has no idea about the camera being panned at her, baby girl Vamika could be seen clapping and cheering for her dad Virat. Anushka is seen kissing Vamika and asking her to look at Virat by pointing towards the cricketer. By looking at the pictures it is evident that Vamika looks exactly the same as Virat Kohli. As soon as the video went viral, people started calling her the true copy of her parents.