Shahrukh Khan’s Bodyguard Monthly Salary Is More Than Our Annual Package; Check Out The Amount

Bollywood celebrities have an entourage of people to make them look how they look and help them travel safely across the world. In India or across the world celebrities are treated as no less than a god and because of which they sometimes have to face certain situations which can be difficult for them to handle alone. That’s when the bodyguards of the Bollywood stars come into the picture and they protect them from any mishap. 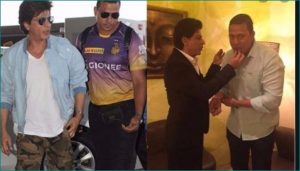 Although, the job of bodyguards in Bollywood is not easy and they sometimes have to risk their lives to keep celebrities safe, but the salary which they get in return is subjectable. Some of the Bollywood celebrity bodyguards earn more than any CEO of a company. Actor Salman Khan’s bodyguard Shera has been working with the star for more than 25 years now and he reportedly gets Rs 2 crore annually. 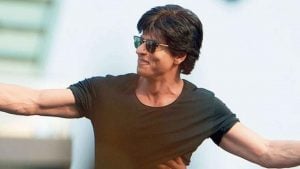 Whereas, actor Akshay Kumar’s bodyguard Shreysay Thele has to protect the energetic star all the time along with his son Aarav for which, Shreysay takes up to a whopping 1.2 crores annual salary home.  if we talk about female stars then actress Deepika Padukone too pays a bomb to his bodyguard Jalal which costs her up to 1.2 crores just like Akshay Kumar.

But, when it comes to the king of Bollywood Shahrukh Khan, he’s hands down one of the most charming stars of Bollywood. This is why his safety is the sole responsibility of his bodyguard Ravi Singh and he protects the star from all the crazy fans. Shahrukh pays an amount of 2.7 crores annually to his bodyguard who also travels with him across the world. Apparently, Ravi Singh is the highest-paid bodyguard in Bollywood who doesn’t like to be in the limelight.