This Is How Vicky Kaushal Had Reacted To The Rumours Of His Roka Ceremony With Katrina Kaif; Deets Inside

Vicky Kaushal is one of the most talented and hardworking actors in Bollywood. The stalwart has just finished shooting his latest movie, Sardar Udham, and is busy promoting the same. Apart from his work, Vicky has recently been making headlines for his equation with gorgeous Katrina Kaif. A few weeks back the rumours of Vicky Kaushal had a secret Roka ceremony with actress Katrina Kaif were so rife that the team of both the actors had to come forward and refute it. 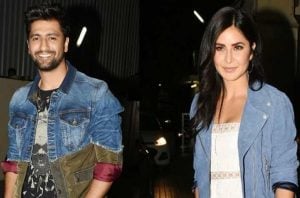 In an interview with spotboye, Vicky Kushal’s brother Sunny Kaushal was asked about his family’s reaction to the whole incident. “I remember that Vicky had gone to the gym in the morning when the rumours started coming. So, when he returned home, mom and dad funnily asked him, ‘Arre yaar, teri engagement ho gayi, mithai to khila de (We heard you got engaged, please treat us to sweets)’. And then Vicky told them, ‘Jitni asli engagement hui hai, utni asli mithai bhi kha lo (Since the engagement is imaginary, the sweets will be too),” he said. 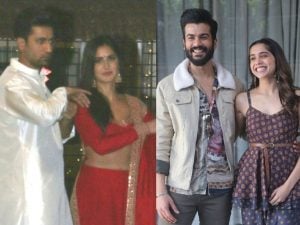 Now Vicky Kushal himself has revealed his reaction to the rumours of his roka ceremony. In a conversation with RJ Siddharth Kannan Vicky said he didn’t had the mental space to deal with it. “To be honest, mere paas woh mental space hi nahi tha, because I was right in the middle of a shoot… Funnily enough, what happens is, these rumours start at 9 o’clock in the morning by the media and by 4.30, the media only negates the same rumours and says ‘no, it’s not true’. So, you don’t have to do anything,” he said. However, Katrina Kaif was spotted at the screening of Vicky Kaushal’s film Sardar Udham and both were seen spending a good time together.