Actress Kangana Ranaut on Monday appeared before the Andheri Metropolitan Magistrate’s Court after two warnings. The actress is facing an ongoing defamation case filed by lyricist Javed Akhtar against her. The court had issued an arrest warrant against the actress as she earlier didn’t appear before it. Kangana Ranaut’s lawyer, Rizwan Siddiqui, informed the Chief Metropolitan Magistrate’s Court about the application to transfer the case to another court. 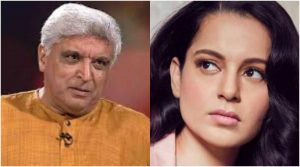 The lawyer also stated that the actress has filed the application to transfer the case as she has ‘lost faith’ in the court which is hearing the matter. Rizwan Siddiqui also informed about the case filed by Kangana against Javed Akhtar for the alleged extortion and criminal intimidation.  Kangana has appealed to the court for the transfer of both the cases including the original complaint filed by the lyricist and counter-complaint filed by the actress to be transferred to another court. 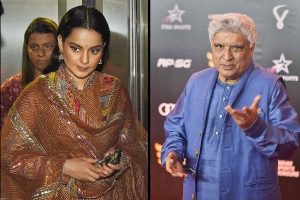 According to Kangana’s lawyer, even though the case filed against the actress is non-cognizable, compoundable, and bailable, the court allegedly has been threatening the actress. The court has stated that an arrest warrant will be issued against the actress if she fails to appear before the court. The lawyer, on the other hand, mentioned that under such offense the actress does not need to be present on each date. 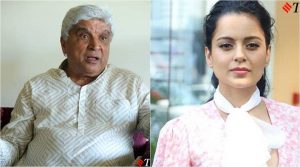