Yuvika Chaudhary has been again hitting the headlines after the Haryana police arrested her over her casteist remark which she had posted earlier this year. The actress is now out on interim bail which her lawyer has confirmed through his twitter handle. Despite apologising for her castiest remarks several times she has come at the receiving end of criticism once again.

On October 18, 2021, Yuvika Chaudhary was arrested by the Haryana Police under the severe Scheduled Castes, and Scheduled Tribes (Prevention of Atrocities) Act after the actress had passed a casteist slur against a specific community in one of her Vlogs in May 2021. Soon, Yuvika’s lawyer, Ashok Bishnoi, informed everyone that the court has granted interim bail to his client through a tweet. His tweet can be read as “My client has joined the investigation as per the guidelines given by the High Court, and she is on interim bail now (in a case of alleged offensive remarks against Scheduled Castes on a social media platform).” 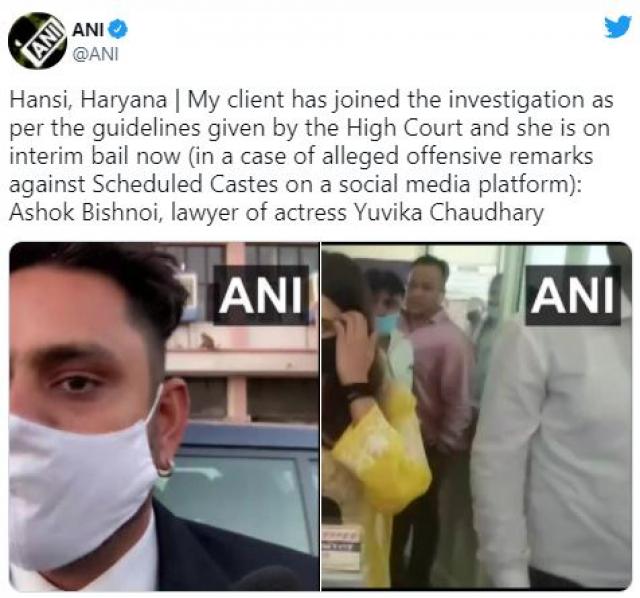 For those who are unaware, Yuvika Chaudhary was booked after an FIR was lodged against her in the Haryana Police station by a Dalit rights activist named Rajat Kalsan. The activist claimed that the actress had made some derogatory statements against the schedule caste community in a viral video. Prior to which the actress had faced severe backlash on social media.