The song ‘Tip Tip Barsa Paani’ from 1994’s blockbuster movie ‘Mohra’ had a huge role in shaping Raveena Tandon’s career. The song went on to become a super hit and also became Raveena and Akshay Kumar’s one of the best songs together. It depicted the sizzling chemistry between the two actors and also the lyrics and music of the song was so peppy that it had to be remixed last year. The song was recreated in 2021’s Sooryavanshi which was directed by Rohit Shetty, starring Akshay Kumar and Katrina Kaif. 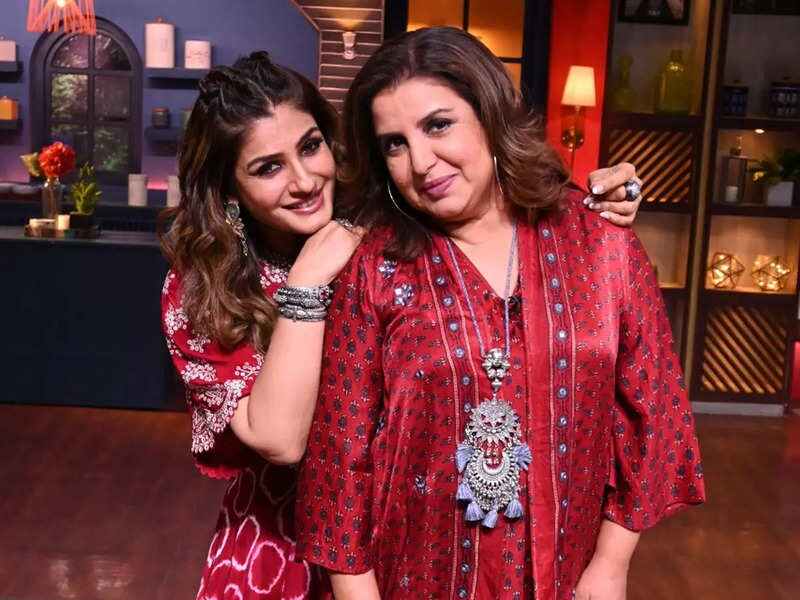 Raveena Tandon recently appeared on the famous comedy show, ‘The Kapil Sharma Show’ along with choreographer Farha Khan. The choreographer revealed that Raveena used to call her to say ‘don’t mess up with the song’. In the show, Farha khan revealed that Raveena Tandon pressurized her while recreating the song.  “Yeh mereko phone kar kar ke bolti thi, ‘Tu maa ki a***h mat karna iss gaane ki’ (She would keep calling and telling me not to mess it up).”

Farha further added that when the new version of ‘Tip Tip Barsa’ was released, the actress was the first person to call her and say ‘you have done a great job and Katrina is looking great’. The host of the show, Kapil Sharma immediately asked Raveena, “If she genuinely meant by the praise”. To this Raveena said, ‘no’ and then laughed and said that she was sure that only Farha would do justice to the song by giving it the respect and grace it required and, Farha did justice to the song.