Legendary screenwriter and lyricist one and only Javed Akhtar is celebrating his 77 birthday today. On his birthday his son, actor, and director Farhan Akhtar shared a throwback picture of his younger days. Renowned Javed Akhtar is a five-time National Film Award and also a winner is known as the Hindi film industry’s first screenwriter with his partner, Salim Khan. This iconic combination ‘Salim-Javed’ had brought a revolution that had played an enormous role in highlighting cinema across India.

Apart from his successful career as a screenwriter, He is also famous for his work as a poet and lyricist. During the course of, he had written a few amazing songs like Ek Ladki Ko Dekha, Ghar Se Nikalte, Sandese Aate Hai, Khwabon Ke Parindey, Jee Le Zara, Senorita, and the list goes on endlessly.

Javed Akhtar turned a year older today. His children, Farhan Akhtar and Zoya Akhtar have shared adorable birthday wishes for him on his special day. Though, the most interesting part is that Farhan Akhtar’s girlfriend, Shibani Dandekar has reacted to both Farhan and his sister, Zoya’s posts.
A few moments ago, Farhan Akhtar shared a monochrome picture of his father and legendary lyricist and writer, Javed Akhtar, to wish his father for his birthday. 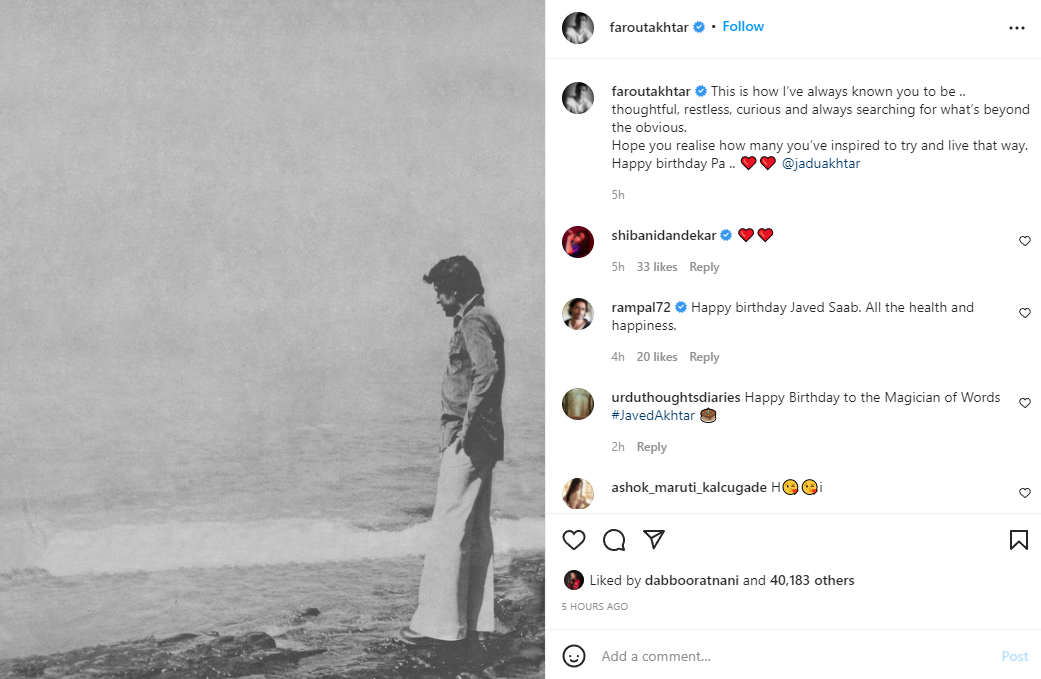 The picture is from his younger years, as he can be seen standing on the shore of a sea. Javed Akhtar’s picture took us back and recalled our golden era. Farhan wrote a note as pretty as a picture for his father, in which he revealed the way his dad has always inspired him. In this Farhan Akhtar’s girlfriend, Shibani Dandekar also reacted to her boyfriend’s adorable note for his father and she dropped two red heart icons in the comment section.

Farhan’s wrote: “This is how I’ve always known you to be .. thoughtful, restless, curious, and always searching for what’s beyond the obvious. Hope you realise how many you’ve inspired to try and live that way. Happy birthday Pa .. @jaduakhtar.” 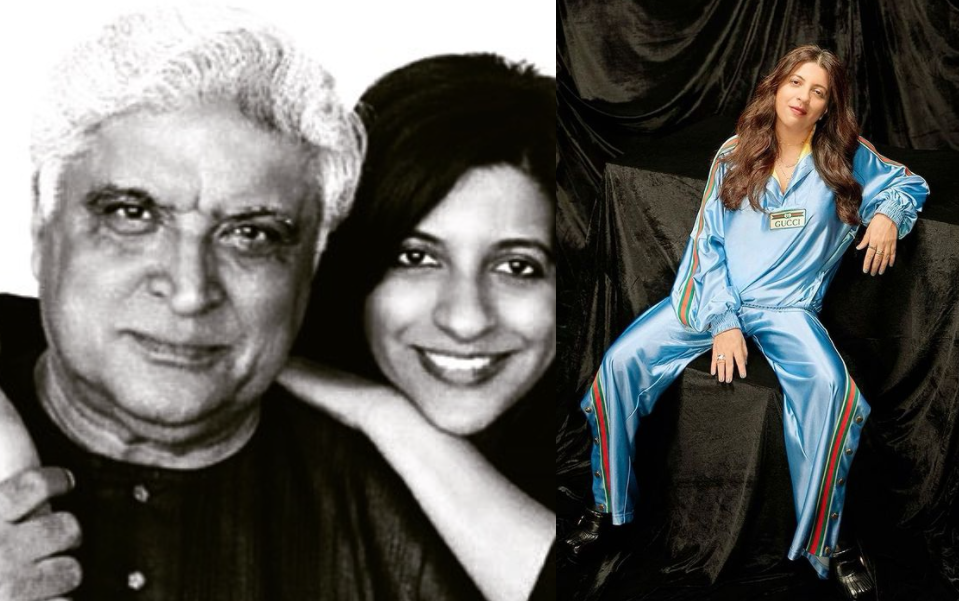 Moreover, director Zoya Akhtar took to her Instagram handle to wish her father, Javed Akhtar. She shared the sweetest picture in which her idolized father can be seen wearing a cowboy hat. This shows the crazy Javed Akhtar’s immense love for trendy fashion.

Along with this pricless picture, Zoya wrote a short and decent note in the caption, and it can be read as “Forever Cowboy #happybirthdaypa #loveyou #javedakhtar.” Shibani Dandekar also dropped two red hearts in the comment section of Zoya’s birthday post for Javed Akhtar. 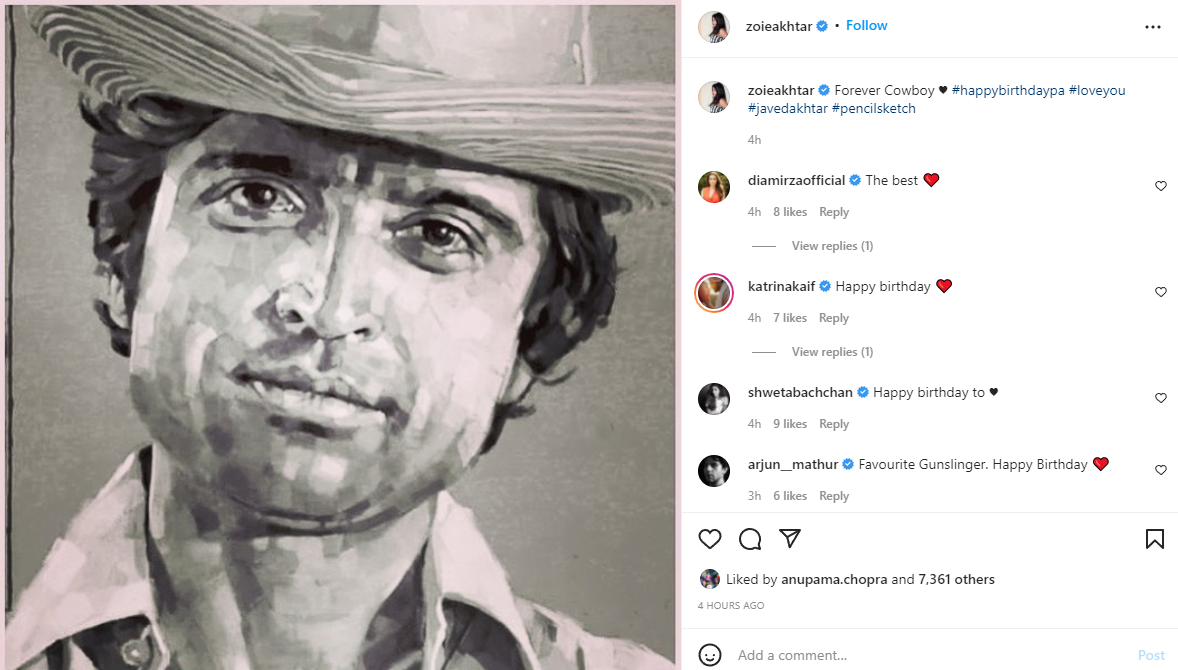 On December 9, 1984, Javed Akhtar had tied the knot with the beautiful actress Shabana Azmi. The legendary writer Javad Saab had met her for the first time at her father and famous poet, Kaifi Azmi’s home.