Hansika Motwani is the new bride in town, the actress tied the knot with her beau Sohael Khaturiya in a destination wedding in Rajasthan. The couple was recently spotted at the Mumbai airport, as the two returned to the city after their marriage. In the photos and videos shared by the paparazzi, Hansika is seen wearing a beautiful Fuschia pink suit along with red bangles and Mehendi on her hands. Her husband and businessman Sohael opted for a peach kurta pajama. 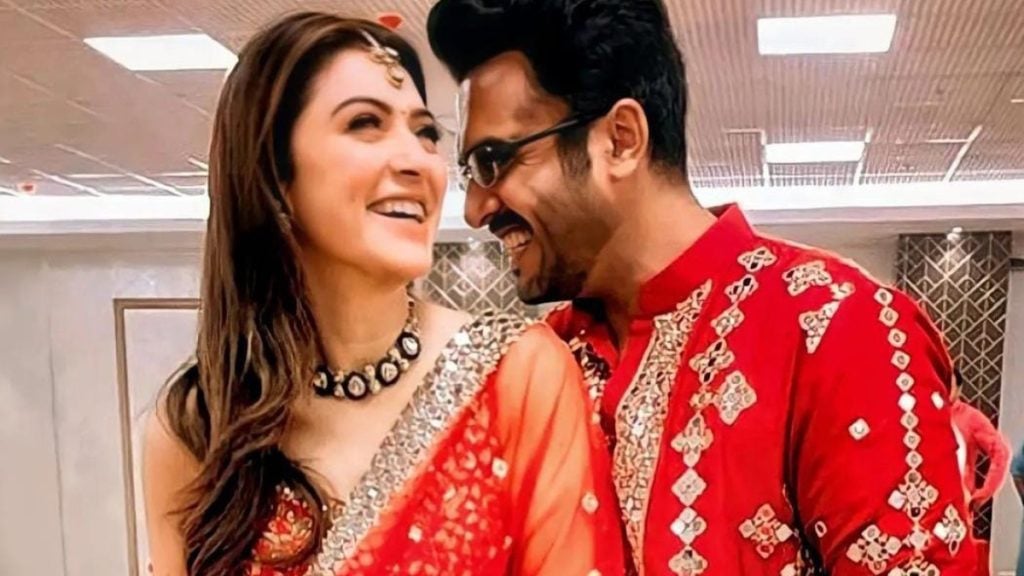 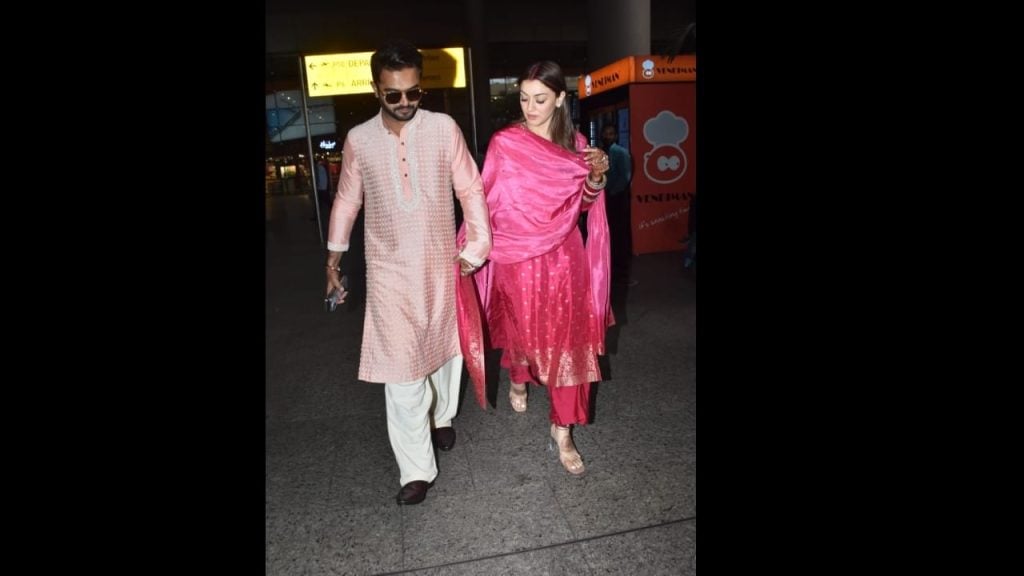 Earlier, the actress had taken to her social media account and dropped beautiful pictures from her dreamy wedding. She shared photos from her phears in which both Hansika and Sohael walked around the fire holding hands. In a series of pictures, Sohael could be seen putting vermillion on Hansika’s forehead. The actress also made a stunning entry at the mandap and then the couple exchanged their varmala.

The fan pages of the actress shared pictures of her posing with her girl gang. They also shared glimpses from Hansika’s Haldi and Mehendi ceremonies. For the unversed, Hansika Motwani got married to businessman Sohael Khaturia at Jaipur’s vintage palace. She had earlier dropped photos from her proposal in Paris and she went to Bulgaria for her Bachelorette with her girl squad.