India’s most popular and loved comedian Kapil Sharma has turned 41. The comedian recently celebrated his birthday with his friends and family. His close friends from the industry hosted a special party for the comedian to have a good time. However, amid all the guests the one who grabbed our attention was Kapil’s daughter Anayra. 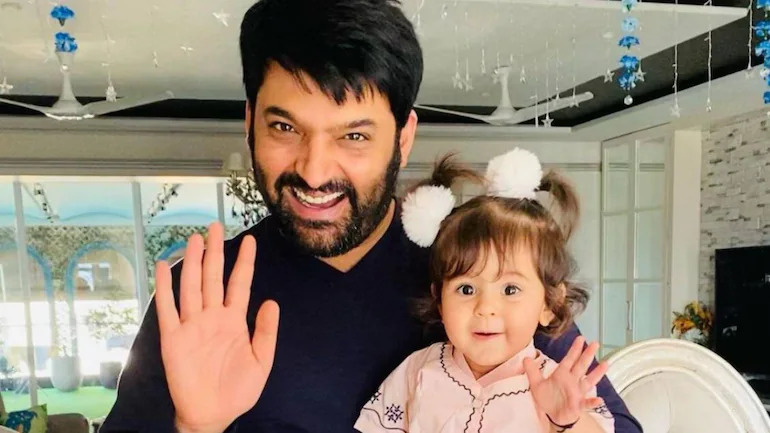 Kapil Sharma posted a video on his social media handle in which his daughter could be seen in his wife’s arms. As the couple was about to cut the cake Ginni asked their daughter to wish Kapil, and Anayra wished his father in an adorable voice. As soon as the video went viral on the internet the fans and followers of the comedian started showering their love on Anayra. “she is so cute just like her mother and father,” wrote one user. “oh my god her voice is so sweet, the way she wished him melted my heart,” wrote another user. “Anayra is a true copy of her mother and father,” wrote another user.

Earlier, Kapil Sharma was hitting the headlines as he was accused of not inviting ‘The Kashmir Files’ team on his show. A section of the audience started calling out the comedian for being a hypocrite who doesn’t support the real cause. However, later one of the main star of the film Anupam Kher clarified that he was invited on the show but it was him who refused to go on the show. He said that The Kashmir Files is based on serious subject and he didn’t find it right to promote it on a comedy show.