Anushka Sharma And Virat Kohli Gets Clicked At The Airport With Baby Vamika, Netizens Say, “That Kid Must Be Suffocating”

Anushka Sharma and Virat Kohli are one of the most adored and looked upon couples. Despite being a part of showbiz they try to stay away from the glam and glitz of showbiz and keep their personal life under wraps. The couple recently embraced parenthood and welcomed their daughter Vamika. While announcing this happy news the couple also requested the paparazzi to respect their privacy and not click pictures of their daughter Vamika.

Last night the whole Indian cricket team flew for England for the upcoming World test championship and Anushka and Vamika have also accompanied Virat. Anushka was carrying Vamika in her arms while she was fast asleep. The actress can be seen protecting her little one from the shutterbug’s flashes. Take a look: 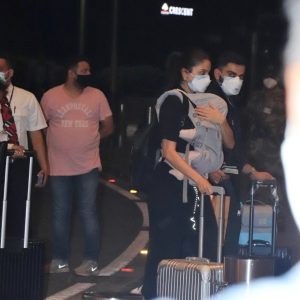 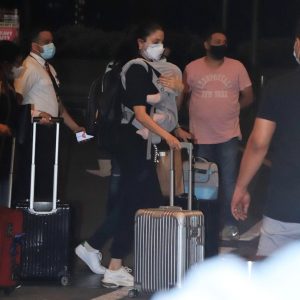 While some of the netizens were happy to see the trio together some were fuming in anger over the recent pics.One wrote,”That kid must be suffocating, too much covered.” Another commented, “Shameless please spare their privacy,”., “Can get enough of these paps man it’s annoying seeing posts like these. Look how covered she had keep her baby to save her face being revealed to them.” remarked another. 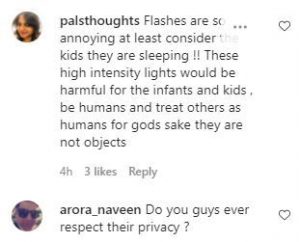 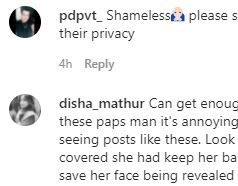 Another commented, “Flashes are so annoying at least consider the kids they are sleeping !! These high-intensity lights would be harmful for the infants and kids, be humans and treat others as humans for god’s sake they are not objects.” “Do you guys ever respect their privacy?” asked an user. “ZERO RESPECT!”

What are your views on this? Do let us know.