Tejasswi Prakash and Karan Kundra are the most romantic couple in the tinsel town. The duo is often spotted indulging in some PDAs that go viral in no time. Earlier the couple was caught kissing at a party and the video garnered a lot of attention. Now there’s another video of the couple that is making the headlines. 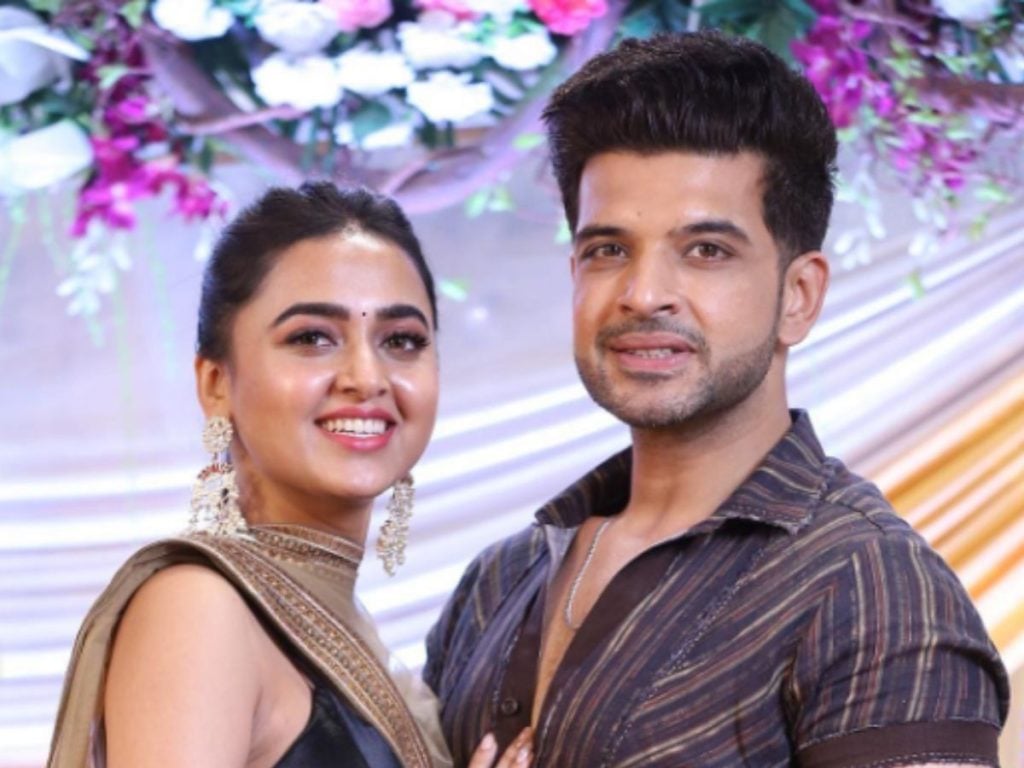 Tejhasswi and Karan met at the Bigg Boss house and have been inseparable ever since. After the show got over, Tejasswi and Karan made their relationship official and there was news that they might tie the knot soon. However, nothing has been confirmed by Karan or Tejasswi on their marriage plans.

Meanwhile, a video of the two kissing at an escalator is doing rounds on the internet. In the video, Karan could be seen using the escalator for going up and Tejasswi is coming from the opposite side. The couple meets at a point and exchanges a quick peck on the lips. As soon as the video went viral the fans and followers of the couple are showering love on both. “they are the cutest I tell you,” wrote one user, “they deserve all the happiness and love,” wrote another user. “oh sunny your smile is so cute, “ wrote another user.

Earlier, Tejasswi Prakash had got injured on the sets of her Naagin 6 show. Karan Kundra was present on the sets and applying ice on the actress’s forehead. In the cute video, Tejasswi’s forehead could be seen swelled up, as she showed it to the camera.

Sara Ali Khan Apologised To Paps For Getting Pushed Away By Bodyguard Now Defends Him And Says, ‘Mujhe Pata Hai, Unka Galti Ho Hi Nahi Sakta’; Watch Video
Saif Ali Khan starts shooting for Vikram Vedha in Lucknow with Hrithik Roshan. Read on!!
Big Boss 13: Bollywood Actress Bipasha Basu Roots For Arti Singh; Says “She Is The Clear Winner”
Indraneil Sengupta Reacts To Extramarital Affair Reports Amid Rumours Of Trouble In Marriage With Wife Barkha
Bigg Boss 12 Winner Dipika Kakar To Give Price Money To Mother-In-Law, Plans To Buy This
Deepika Padukone Shares Her Relationship With In-Laws, For Ranveer’s Mom, She Is Her ‘Beti’
Here’s What You Need To Know When Planning Your Punta Mita Vacation..
Throwback Video: When Rani Called Now Enemy Aishwarya Rai Her Friend Forever
Forgot your Anniversary? Here’s How to Make up To Your Wife!