On September 8, 2021, Aruna Bhatia, the mother of Akshay Kumar, passed away. Twinkle Khanna is quite active on social media and frequently shares glimpses of her life with her fans and followers. Twinkle Khanna posted a touching message on social media in honour of the first anniversary of the passing of her mother-in-law Arun Bhatia. She posted a nice photo of the family laughing together, in which Akshay can be seen with his mother Aruna Bhatia, sister Alka Bhatia, and Alka’s spouse Surendra Hiranandani.

Twinkle Khanna wrote as her caption: “My fabulous mother-in-law once told me there can’t be two tigresses in one field. She meant the two of us. She was right. There was only one real tigress. The rest of us paled in comparison. Her one-liners were as legendary as her generous heart.” Bobby Deol, an actor, responded to the post by using heart emojis. Aruna Bhatia, the mother of Akshay Kumar, passed away on September 8, 2021, at Mumbai’s Hiranandani Hospital. 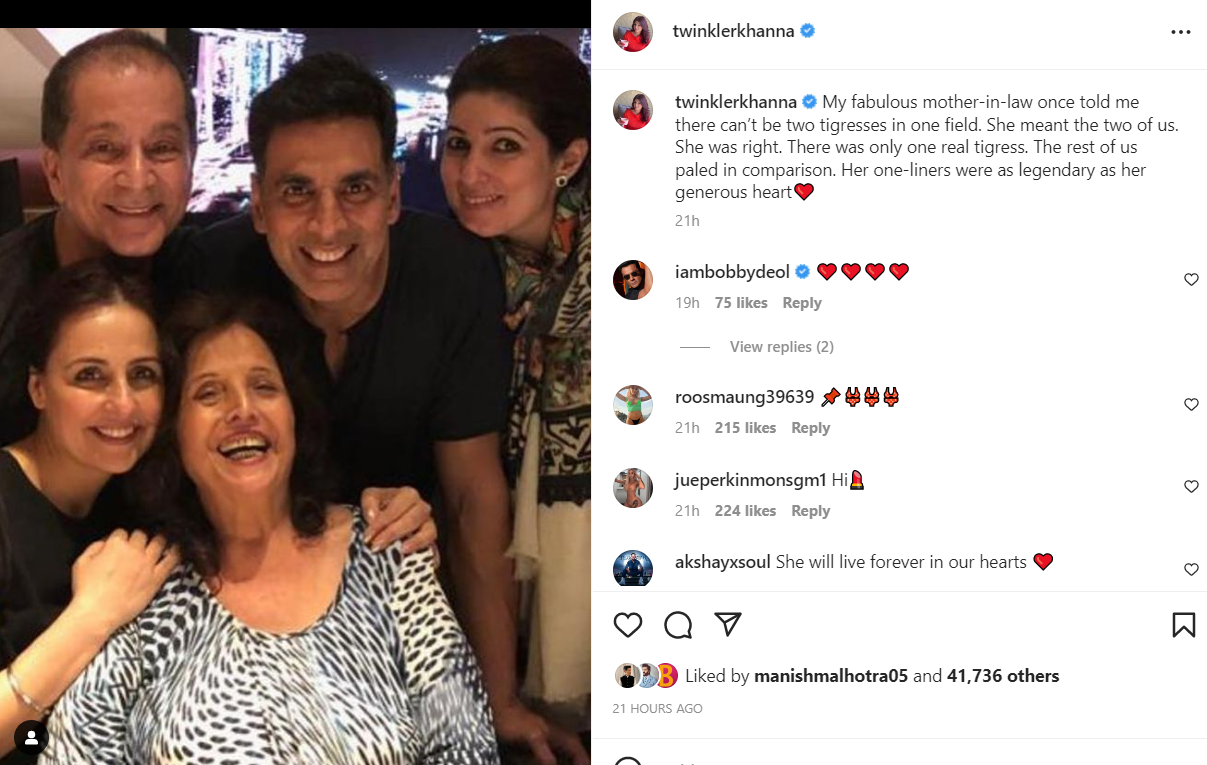 The Sooryavanshi actor posted a message on Twitter last year to inform his followers about his mother’s passing and stated: “She was my core. And today I feel an unbearable pain at the very core of my existence. My maa Smt Aruna Bhatia peacefully left this world today morning and got reunited with my dad in the other world. I respect your prayers as I and my family go through this period. Om Shanti.” 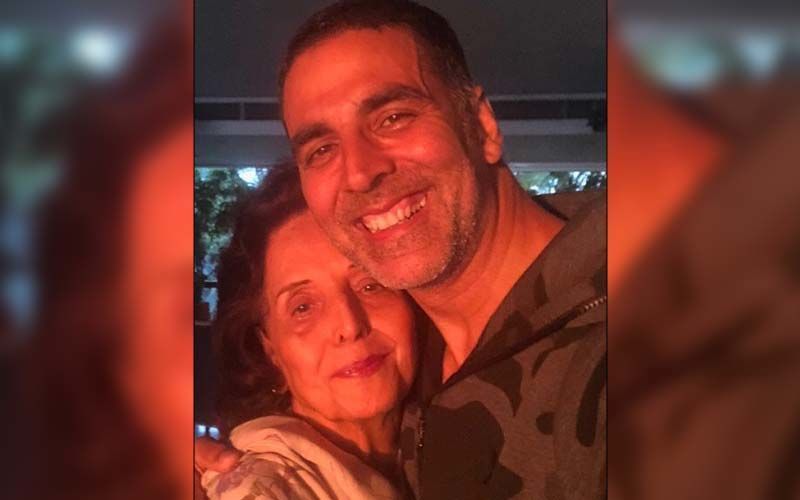 In 2001, Twinkle Khanna and Akshay Kumar became husband and wife. Son Aarav was born in 2002, while daughter Nitara was born in 2012. The couple is the parents of two children. In the meantime, Twinkle recently disclosed that a movie version of her short story Salaam Noni Appa from her book The Legend of Lakshmi Prasad is in the works. It should be noted that it will be produced by Applause Entertainment, Ellipsis Entertainment, and Mrs Funnybones Movies and directed by Sonal Dabral.