Rashmika Mandanna is currently the happiest as the actress’s performance has been appreciated by people all over the world. Rashmika recently worked in Pushpa opposite Allu Arjun and nailed the role with her talent. The actress’s song Sami Sami still continues to top the chartbusters and is loved by the audiences. Many celebrities and fans have jumped into the trend and created a reel on the hit song. 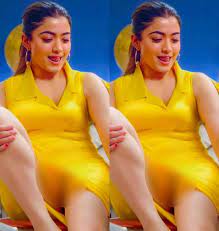 Rashmika is lovingly known as the national crush and is expected to make her Bollywood debut soon. The actress has already signed a few movies in Bollywood and is soon expected to start shooting for the same. Rashmika has been going from one event to another and attending one award show to the next after the release of the film Pushpa. Amidst the tight schedule, it sometimes gets tough to pay attention to the way you are sitting or the dress you are wearing. 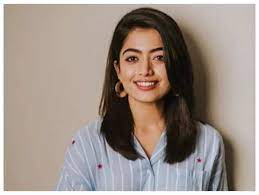 The actress recently faced a malfunction moment during an interview which is going viral on the internet. As soon as the pictures started going around on the internet, netizens started trolling the actress. Rashmika recently appeared on a chat show where she maintained her poised demeanor throughout the show. However, at one point, Rashmika while chatting tried to cross her legs which is when the malfunction took place. The oops moment of the actress got captured on the camera and went viral on the internet.

Workwise, Rashmika is all set to enter the Bollywood industry with her role in ‘Mission Manju’. The movie will also star Sidharth Malhotra.