Bollywood celebrities often have to be on their toes when it comes to looking stylish and fresh all the time. However, this does not happen all the time as celebrities are also human and they too make mistakes. One such incident that is coming forward is Salman Khan’s recent airport look. The actor looked dapped in his cool blue shirt donned over a black T-shirt but one thing that caught everyone’s attention was his mask. 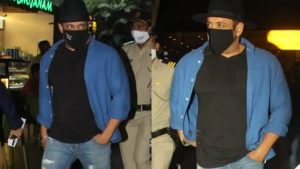 Salman Khan was recently spotted by the paparazzi at the Mumbai airport as the actor was coming back from Austria. Salman had been busy shooting for his upcoming film Tiger 3 at exotic places including Turkey and Austria. The star stepped out of the airport and the media person started taking his pictures and in one of the close-up pictures of Salman, netizens noticed something odd. Salman was wearing a plain black colour mask on which the initials of his name ‘SK’ could be visible. 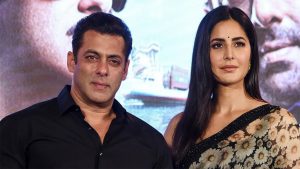