Ranbir Kapoor Checking Out Dessert At Sharmaji Namkeen Promotions Is Basically All Of Us; Watch Video

Ranbir Kapoor is currently busy promoting his late father Rishi Kapoor’s film Sharmaji Namkeen. Yesterday, the actor was seen promoting the film at an event in Mumbai where he was spotted scanning the dessert section as soon as he entered. 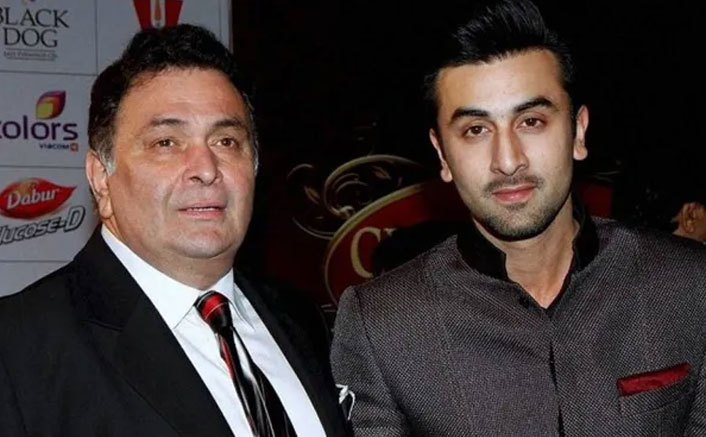 In a video shared by the paparazzi, Ranbir is slaying in a comfortable black shirt and jeans. The ‘Rockstar’ actor is accompanied by his bodyguard and cameramen, and he is captured quickly looking through the desserts corner while walking.

As soon as the video went viral on social media, the comments section was filled with lovely and funny comments about the actor. “He is a big foodie like all of us,” wrote one user, “He is so cute, look at the way he is checking out the food,” wrote another user. A few users also called the actor a snack, “He himself is a snack,” wrote one netizen.

Earlier, A video of Ranbir Kapoor with Alia Bhatt was doing rounds on the internet. In the video the actors are standing on a boat with the cast and crew of ‘Brahmastra’ and calling out ‘It’s A Wrap”. Alia and Ranbir were roped in 5 years ago to play the lead roles in Brahmastra and the movie took a long time to finally get completed. The movie’s release date is also out and will be showcased in the theaters on 9th September 2022.

Meanwhile, Ranbir Kapoor’s private life and relationship with Alia Bhatt are always in news. The fans and followers of the stars are eagerly waiting for them to tie the knot anytime soon.