Neena Gupta Opens About Being Molested By A Doctor And Tailor; Says ‘We Were Not Taught About Good Touch, Bad Touch Even As Teenagers’

Neena Gupta is one of the most iconic heroines of all time the talented actress has spent more than a decade in the entertainment industry. Neena Gupta is also known as the fiercest actress who has always taken a stand for herself and come back stronger after every downfall. However, there are some instances related to the Badhai Ho actress which she has guarded all her life but opened about in her autobiography ‘Sach Khau Toh,’. 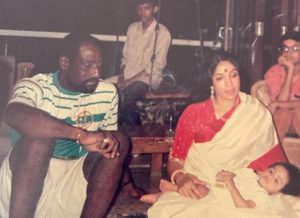 Yes, during the lockdown Neena Gupta had started working on her autobiography to share about her success and failures with her audience. Furthermore, the actress also discussed some unpleasant memories of her childhood or teenage years. 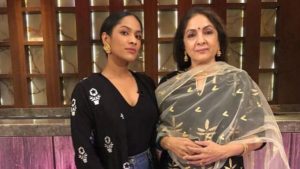 One such incident includes being molested by a doctor and tailor, which she didn’t dare to share with anyone out of fear. “The doctor started with examining my eye and then went down to check out other areas that were unconnected with my eye. I was scared stiff while it was happening and felt disgusted all the way home. I sat in a corner in the house and cried my eyes out when nobody was looking. But I didn’t dare tell my mother about this because I was so scared that she would say that it was my fault. That I had probably said or done something to provoke him,” she wrote.

Neena also shared a similar anecdote that happened at a tailor’s shop who got ‘too handsy’ while measuring her. “Because I felt like I had no choice. If I told my mother that I didn’t want to go to them, she would ask me why and I would have to tell her,” she added. The actress also revealed that as kids these days are taught about good and bad touch, they were not taught about it even in their teenage years back then.