Kashmera Shah Takes A Jibe At Sunita Ahuja, Says, “Govinda Ji Is A Very Good Actor But I Don’t Talk About Managers”

Megastar Govinda and his wife Sunita Ahuja recently made headlines after Sunita made some harsh comments against Krushna Abhishek. Just to give you a quick recap into what actually happened, Sunita had said in an interview,  “Three years ago, I had said that things could not be resolved till I am alive. You can’t misbehave, insult or take liberties in the name of family… We have raised them and are not living off them…All I can say is that the issues will never get resolved and I don’t want to see his face ever again in my life.” Sunita also took to her Twitter handle to call Kashmera a bad daughter-in-law.

According to Hindustan Times, a photographer asked Kashmera if she has a reaction to the statements being made amid the controversy. She asked, ‘Who’s doing it’. Kashmera then praised Govinda saying, ‘Govinda ji is a very good actor. I really like him as an actor. But I don’t know anyone other than that. I don’t speak about managers.” 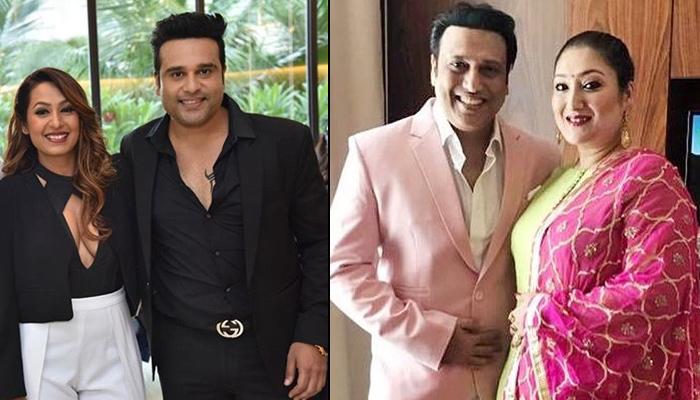 A few weeks ago, in an interview with ETimes, Sunita said that she never wants to see Krushna’s face again. Reacting to this, Krushna told SpotboyE, “I know my mami said a lot of things against me. Of course, I was upset. But now I feel they are so angry with me because they love me the most. Saying something as filmy as ‘I don’t want to see his face ever again’ shows they are hurt. And you can only get hurt by someone who loves you.” Krushna added , “I love my mama and mami. I seek their forgiveness.”