Global star Priyanka Chopra is making our hearts melt with her new photos. The actress recently welcomed her daughter via surrogacy with her Husband Nick Jonas. The actress has often shared glimpses of her daughter from time to time but hasn’t shown her face yet. Recently, she took to her Instagram handle and shared a few more photos in which she is seen playing with her daughter Malti Marie Chopra. 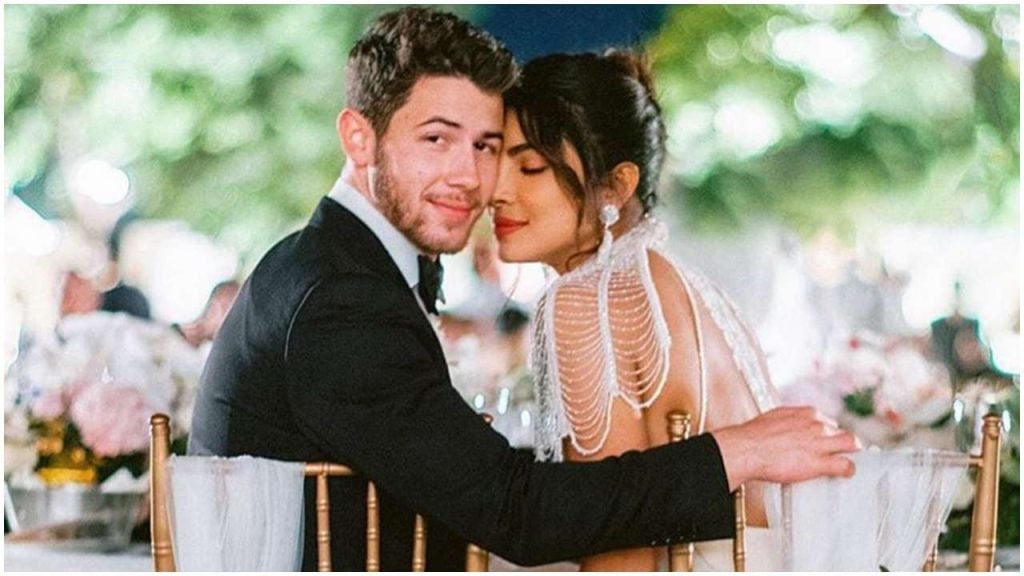 The actress in the photos is seen enjoying her time with the daughter completely. She is lying down on a couch and laughing and playing with her daughter. Priyanka has not shown her face once again and has covered it with a heart emoji. However, the actress is the happiest as she lifts her daughter up in the air and she looks back at her with her tiny fingers in her mouth. 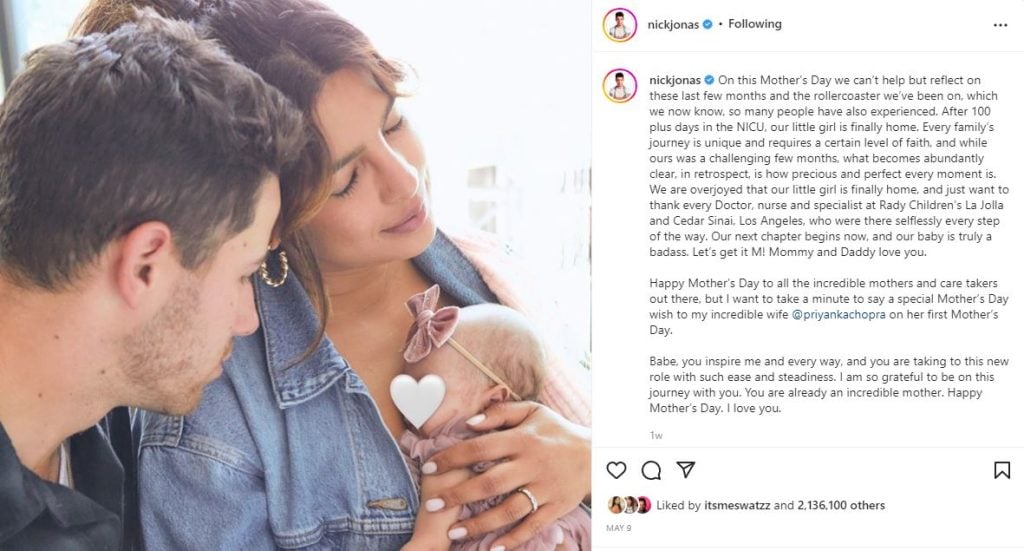 Priyanka shared the adorable photo along with a caption that read, “My whole (red heart emoji)”. Meanwhile, Priyanka Chopra has completed her ten decades in Hollywood. The actress started as a singer and released her own album. Then she got her first international project as an actor called ‘Quantico’ in which she played an FBI agent Alex Parrish. 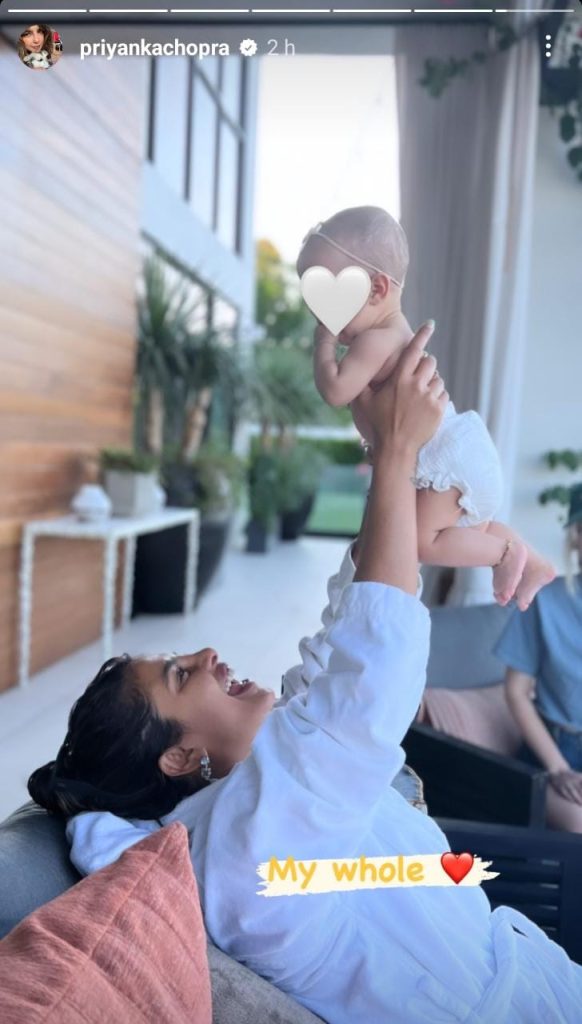 However, Priyanka still thinks that there is still a long way to go as there is still a lack of work opportunities in the West. In her recent interview, she revealed that it took her ten years to finally do what she always wanted to do in Hollywood.

On the work front, Priyanka Chopra has recently finished shooting for a Hollywood series ‘Citadel’. In Bollywood, she will be next seen in a road trip movie along with Katrina Kaif and Alia Bhatt.

Jacqueline Fernandez Shared ‘Torn, But Not Damaged’ Post Amid The Money Laundering Controversy; See Pictures
Big Boss 13: Asim’s Brother, Umar Lost His Calm As Shefali Stated “Asim Was Hitting On Me”
Bigg Boss 14 Exclusive: Pavitra Punia Won’t Call Her Bond With Eijaz Khan Love, But Her Feelings For Him Were Genuine; Checkout
Sara Ali Khan Talks About Playing ‘Dadi’ Sharmila Tagore On Screen, Says, “I Am Not As Graceful”