Rakhi Sawant shared the first pictures from her secret court wedding, and her bridal attire charmed admirers. Adil Durrani and Rakhi Sawant were married in a private court ceremony. The actress displayed the bride glow while sharing never-before-seen photos from her wedding ceremony. For the uninitiated, Adil got Rakhi to say “yes” right away when he proposed to her in a very pricey luxury car. Since the couple began causing a buzz with their mushy pictures. 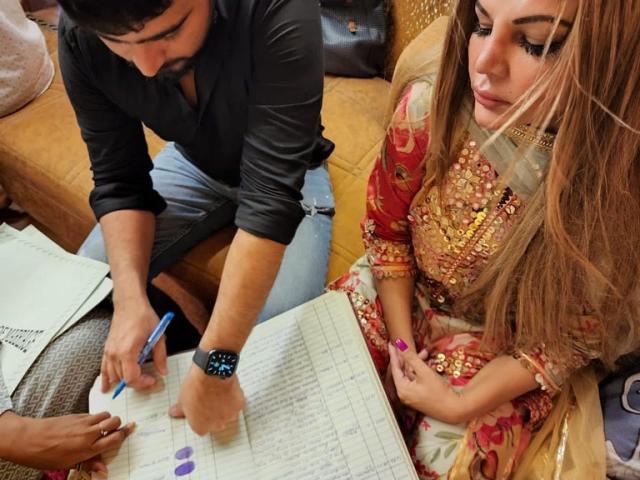 Adil Durrani and Rakhi Sawant got married on January 11, 2022. It appeared that the actress got hitched in a hurry after witnessing her mother’s failing condition because it was a small, private wedding ceremony. On her Instagram account, the actress posted the first images from her wedding. Adil and Rakhi are seen sitting on a couch in the first image as the latter is seen leaving his thumbprint on some papers. 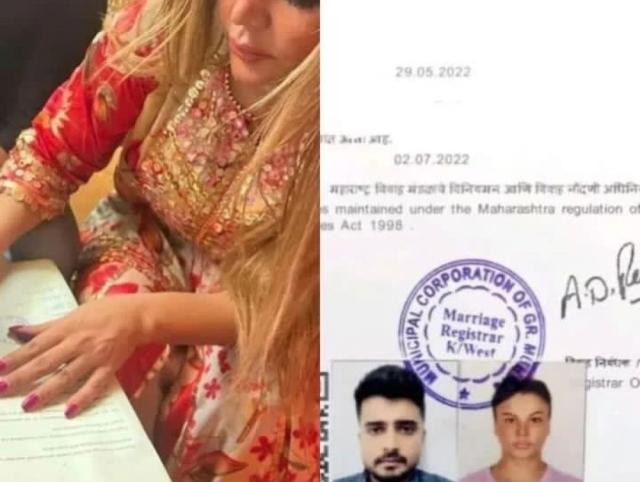 Along with pictures of her marriage certificate, Rakhi also posted ones of her with her husband, Adil, smiling. In a beautiful red sharara with sparkly work on the yoke, the bride looked lovely. She looked beautiful despite wearing barely-there makeup. Adil, though, wore a set of blue pants and a black top. Rakhi wrote some words alongside it: “Finally, I’m happy so excited and got married my love is 4 Ever unconditional love for you Adil.” 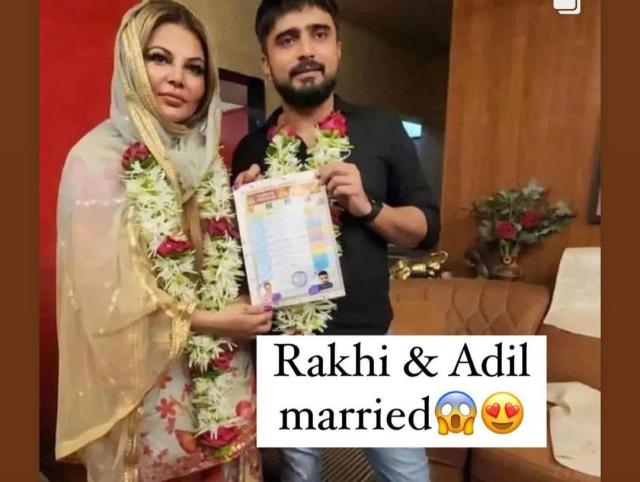 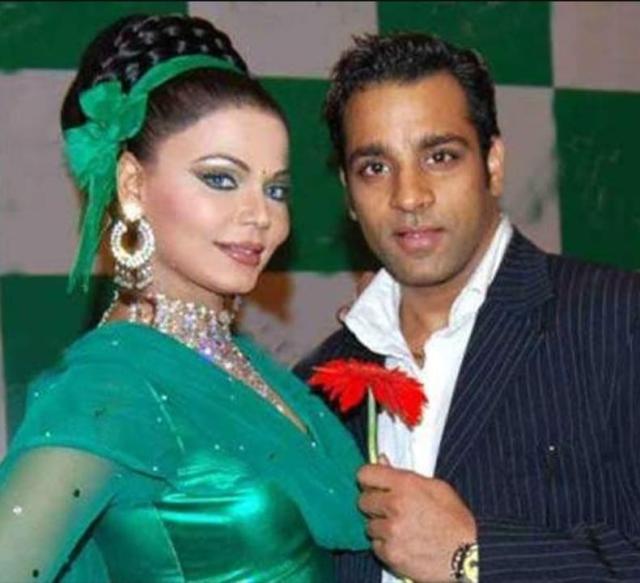 Rakhi Sawant has been involved in a lot of relationships. She had previously made headlines for her secret wedding to Ritesh. She didn’t post any pictures of him on social media, though. In fact, her followers first got to see Ritesh on the television show Bigg Boss 15. Rakhi broke up with him after the reality show ended. Abhishek Awasthi and Rakhi Sawant also had a romance. The couple had additionally taken part in Nach Baliye, a dancing reality show. They have been dating for a while, but their relationship ended badly.

On the professional front, Rakhi Sawant was last seen on the fourth season of Bigg Boss Marathi.