Malaika Arora Reveals That She Has Sent ‘Naughty’ Pictures To Her Partner; Arjun Kapoor Is Her Happily Ever After

In the recent episode of MTV’s Supermodel Of The Year season 2 its judges Malaika Arora and Milind Soman got candid about their partners. In the episode, Milind Soman asked some personal questions to each other regarding their life partners. 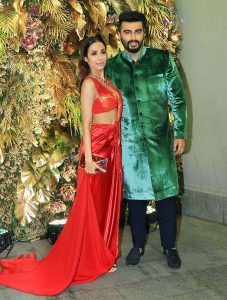 Milind Soman began by asking the co-judge Malaika Arora about her international model crush, to this the latter replied and told Bond star Daniel Craig and Bella Hadid. Milind further asked her about the quality in man that turns her on, to which Malaika revealed that “I like a guy who’s a little rougher on the edges. Outrageously flirtatious. I like somebody who can kiss really well.” although the diva mentioned that she gets turned off by “a man who gossips.” 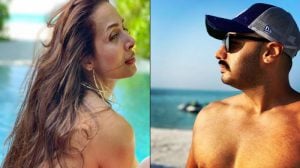 Milind on the other hand opened that that girl has to be psycho in order to catch his eyes. “She should be loud. Like, (shouts) ‘I am here’. That kind.” Malaika’s preferences, to this, Malaika exclaimed and said, “Oh, baap re,” adding, “I would hate to be caught in a room with this person because I would be running in the opposite direction. I would hate to be on a date like that.” 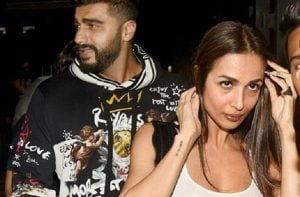 Malaika further admitted that she has often sent “naughty” pictures to her partner, and when Milind asked her about the one person in her life who knows her in and out, the “Chaiyya Chaiyya” actor was quick to take Arjun Kapoor’s name. Malaika added, “He knows me, he gets me, understands me, he annoys me.”