Katrina Kaif And Salman Khan Drops Teaser Of ‘Tiger 3’; Movie To Be Release On THIS Date

Katrina Kaif and Salman Khan are among one the most successful on-screen couples in Bollywood. The stars have already worked in ‘Ek Tha Tiger’ and ‘Tiger Zinda Hai’. Now, it’s time for ‘Tiger 3’ which is all set to release on 21st April 2023 on the auspicious occasion of Eid. 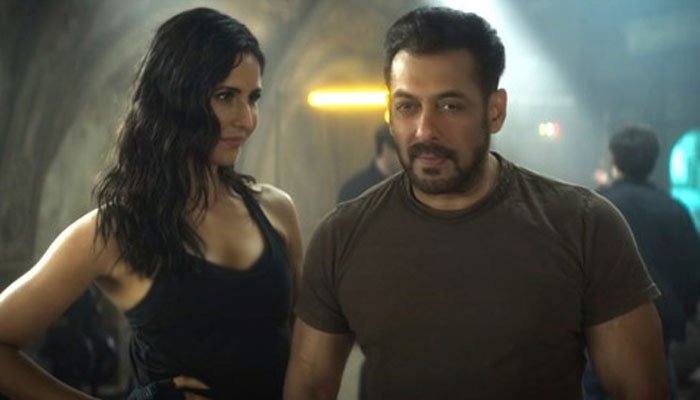 With the pandemic and shutting down of cinema halls, the movie business has suffered a lot. Now as the situation is getting normal all the big stars are back with the release of their movies. First, it was Shah Rukh Khan who dropped the teaser of his upcoming ‘Pathan’ after a long break. Now, Salman Khan has also announced the release date of his most awaited project ‘Tiger 3’.

Dropping the teaser Tiger 3, Katrina took to her Instagram handle and wrote, “Tiger & Zoya are back 🐅 AGAIN!! In cinemas on Eid 2023. Releasing in Hindi, Tamil and Telugu. Celebrate #Tiger3 with #YRF50 only at a big screen near you on 21st April 2023. @beingsalmankhan #ManeeshSharma | @yrf | #Tiger3.”

By looking at the trailer it is obvious that the film is going to be packed with a lot of action sequences. In the teaser Katrina Kaif could be seen performing stunts while Salman could be seen lying on a bench. The actors then announce the release of the film.

With Tiger 3, the film completes its third installment of the series. The movie will be directed by Maneesh Sharma and will be backed by Yash Raj Studios. The shooting of the film had be halted due pandemic but now is all set to entertain the audience.