Virat Kohli and Anushka Sharma are undoubtedly the most powerful couple in the sports and entertainment field. There have been difficult times for the couple in the past when the actress was mocked by the cricket fans unnecessarily for Virat’s performance on the ground. However, Virat has always thanked Anushka Sharma for being there in his good and bad times. 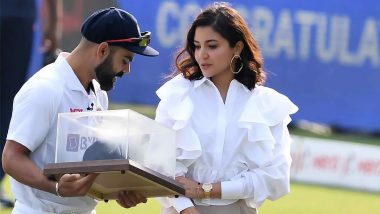 On Friday, the BCCI has honoured Virat Kohli for his 100th international Test match. The wife of the cricket superstar Anushka Sharma was also present at the event. However, when the pictures and videos of the ceremony went out the Twitter users got divided on Anushka Sharma’s presence on the ground.  Where a section of netizens believed that the actress should not be on the ground, others felt that it’s a big thing for cricketers and he can call his family.

“Wat is #AnushkaSharma doing there? So whoever is playing 100th test @BCCI is going to include their wives in the felicitation? Only @imVkohli deserves to stand there as he has achieved it with his hard work n determination,” wrote one user. “I think one should not judge it’s a big day for him and he wanted to call his family,” wrote another user. 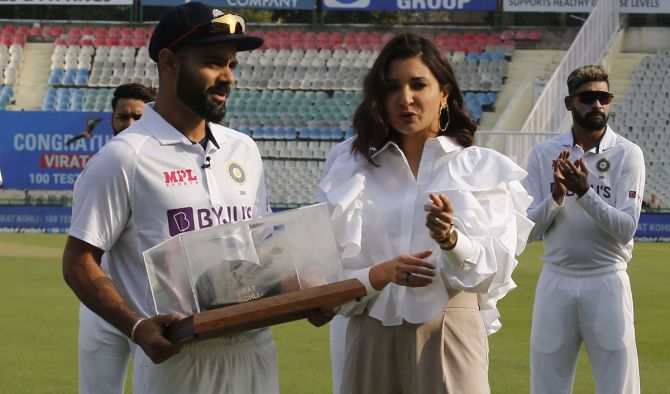 Some users even questioned the cricketer if Anushka is allowed as per the rules, “What is Anushka Sharma doing on the field. Is she even allowed as per rules?” asked one user.

On the work front, Anushka Sharma is all set to get back to movies after taking a long break. The actress has announced ‘Chakda Express’ as her upcoming project and has started preparing for it.