Kangana Ranaut Is In Awe Of Dharmendra’s ‘Beauty,’ And She Shares A Throwback Photo; See It Here! 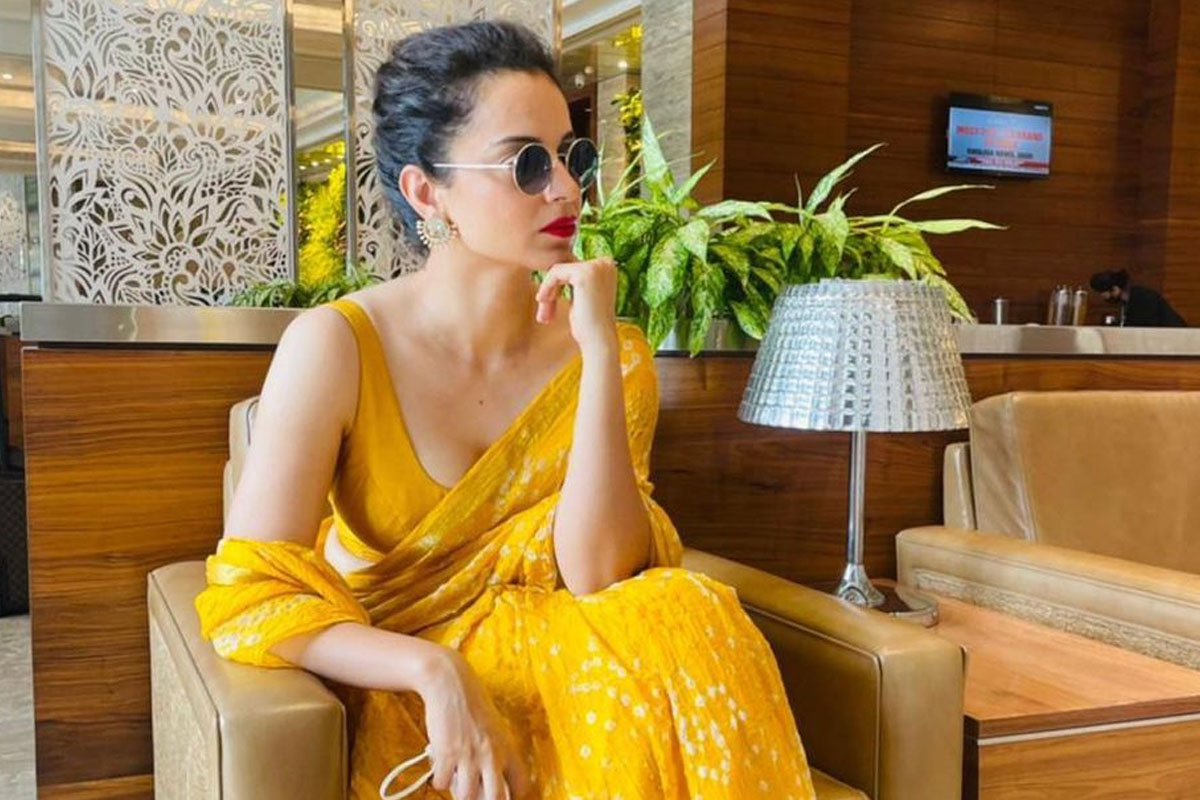 On Monday, Kangana Ranaut shared a black-and-white photo of Dharmendra on her Instagram Stories. In the close-up shot, the veteran actor, who will turn 87 in December, was dressed in a white outfit. Kangana captioned it, “Appreciation post for @aapkadharam ji beauty,” adding a red heart emoji. Bobby Deol, Dharmendra’s younger son, shared a throwback photo of his father on Sunday. 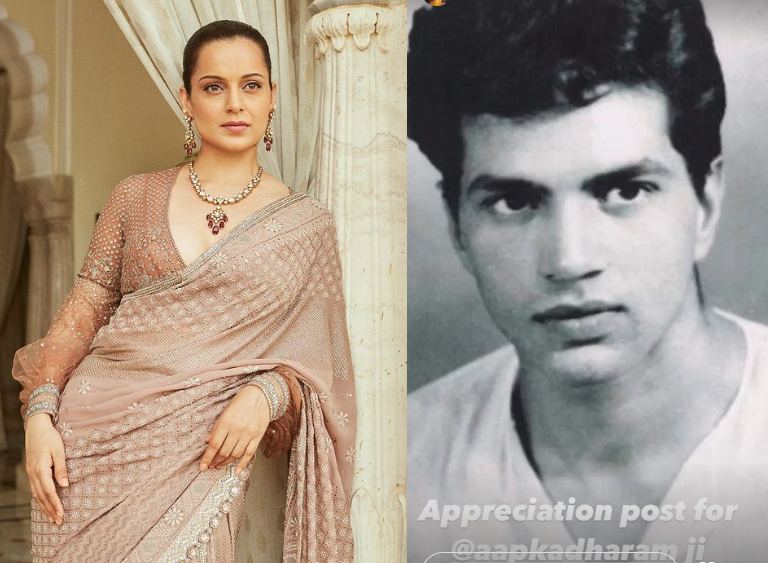 On Father’s Day, Bobby Deol posted a black-and-white family photo to his Instagram account. Bobby was pictured on Dharmendra’s lap in the photo. Bobby’s mother, Prakash Kaur, sat alongside the father-son duo in the photo, while his older brother Sunny Deol stood in the background. Vijayta Gill and Ajeeta Chaudhri, Dharmendra and Parkash’s daughters, were also present. 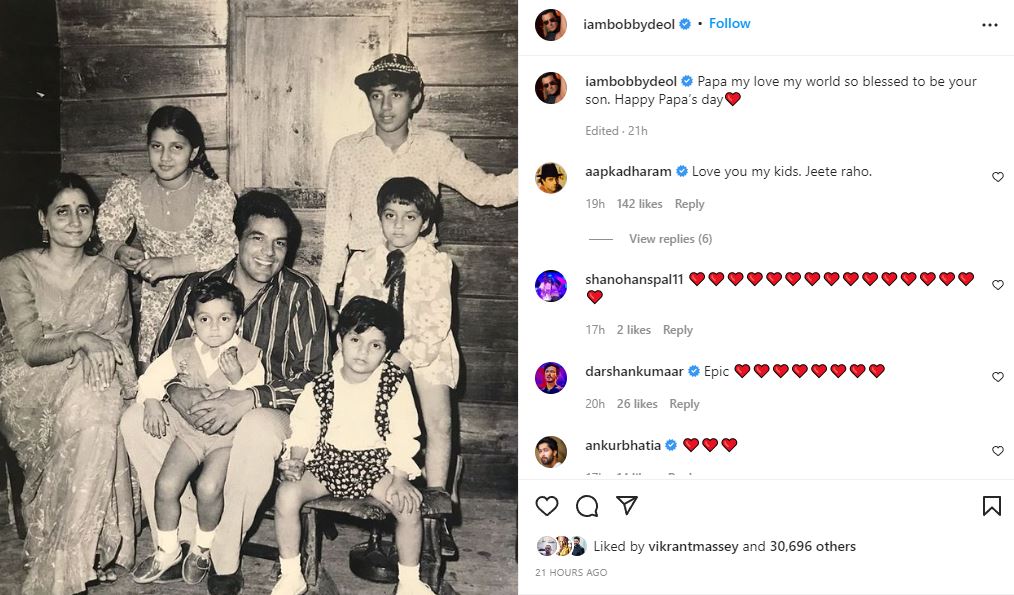 Bobby Deol captioned the post, “Papa my love my world so blessed to be your son. Happy Papa’s day (red heart emoji).” Commenting on it, Dharmendra wrote, “Love you my kids. Jeete raho (stay happy and blessed).”

Dharmendra was last seen in a cameo role in Shimla Mirchi, a film starring his wife, actress-politician Hema Malini, which was released in 2020. He will next be seen in Apne 2, alongside his sons Sunny Deol and Bobby Deol, as well as his grandson Karan Deol. The movie is set to hit theaters in 2022. Another film starring Dharmendra is Rocky Aur Rani Ki Prem Kahaani, which also stars Alia Bhatt, Shabana Azmi, and Jaya Bachchan. In the film, which is slated for release in 2023, he will make his first appearance with Jaya Bachchan in 48 years. 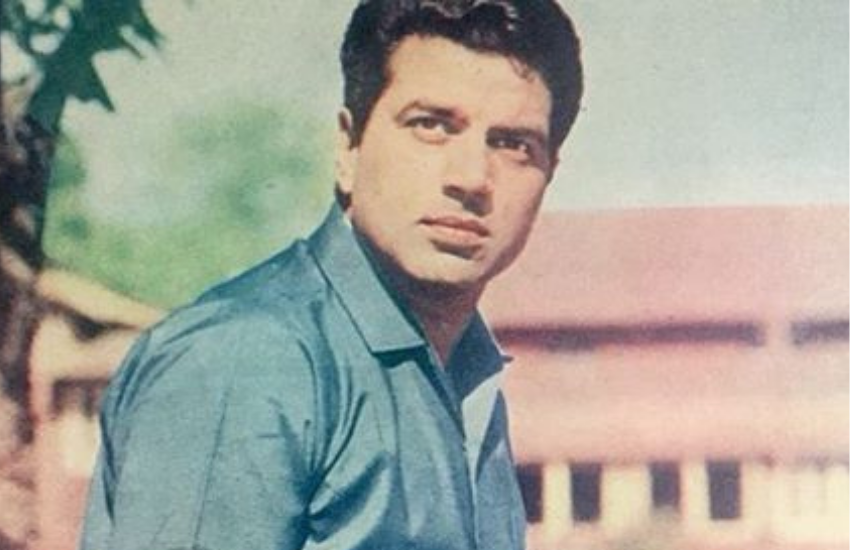 On the professional front, Kangana was most recently seen in Dhaakad, which was a box office flop after its May 20 release. She next appears in the film Tejas, in which she plays an Indian Air Force officer. She is also working on Emergency, a film based on the late Prime Minister Indira Gandhi’s life.