Kartik Aryan is currently on cloud nine after the actor’s film Bhool Bhulaiya 2 crossed the 175-crore mark. This makes the movie a blockbuster at the box office and joins the list of successful films with the actor. Unlike many superstars, Kartik Aryan is also known for his down-to-earth personality and roaming around in the city without any starry attitude. 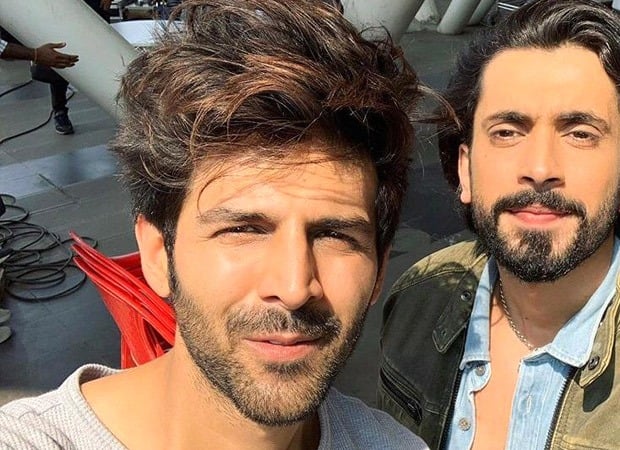 Kartik in particular gets a lot of female fans attention and always obliges them with a selfie. A few weeks back, a video of a few young girls screaming his name out of his house had gone viral. The actor in the could be seen coming downstairs for his fans and taking selfies. Now, the actor was spotted celebrating the success of his recent release along with his ‘Pyar Ka Punchnama’ and ‘Sonu Ki Titu Ki Sweety’ actor Sunny Singh.

A video of the actor enjoying street food with his friend is doing rounds on the internet. Both the actors relished their taste buds and also clicked selfies with their fans. In the video, Both Sunny and Kartik could be seen casually hanging out at a food joint.

Meanwhile, Kartik Aryan’s video from an even is going viral in which he apparently ignored filmmaker Karan Johar. The actor didn’t do the hook step of the upcoming film ‘Jug Jug Jeeyo’ backed by Dharma Productions.