Shibani Dandekar turned 42 on Saturday. Shibani’s husband, actor Farhan Akhtar shared their picture and wrote a heartfelt note. They got got married in February this year. 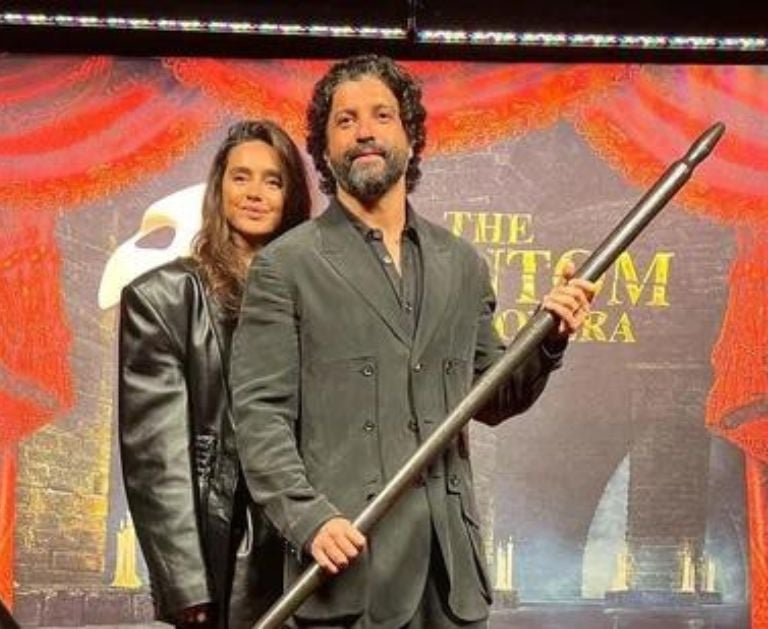 Farhan Akhtar shared a picture of them together where they are standing on a prop boat while posing. He shared a sweet note for his wife on her birthday. A part of the note says, “Dear life partner, some days you steer, some days you navigate, some days you get us to put down our oars and take a break, take in the view, just breathe.” He also added that e would fight the strongest current for his wife. He called her his beautiful co-traveler. 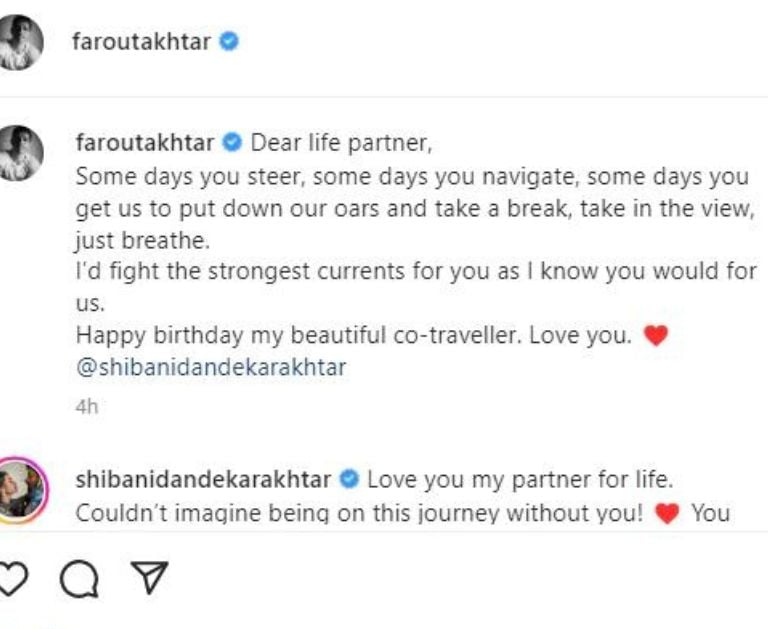 Shibani commented on his post. She said that she loves him so much and cannot think of her life without him. She added, “You make everything better! Now learn to let me steer always.” On the other hand, Abhay Deol commented that he is getting a little diabetic reading their loved-up comments. He wished her happy birthday too. The mommy-to-be Bipasha Basu, Ronit Roy wished her too. 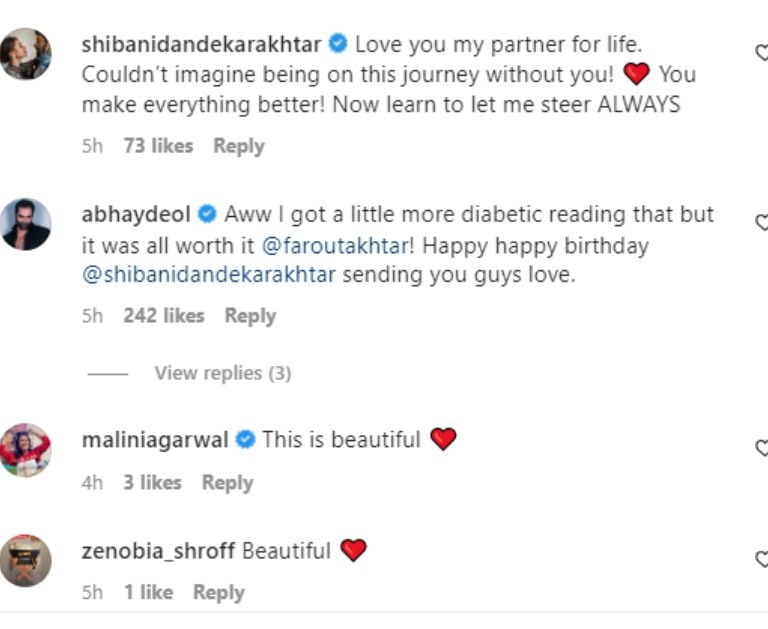 They first met in 2015 on the sets of a television show, I Can Do That. Actor Farhan was a host. Shibani was a contestant.  He was currently married to Adhuna Bhabani, with whom he has two daughters – Shakhya and Akira. But Farhan and his ex-wife Adhuna announced their separation in 2016. Their divorce was finalized in 2017.

The lovely couple Farhan and Shibani dated for almost four years before tying the knot on February 19, 2022. They married at Farhan’s father Javed Akhtar’s Khandala farmhouse. They were attended by their close friends and family for their intimate wedding ceremony.

Late Actor Shushant Singh’s Sister Shweta Has Shared A Cryptic Note Calling Actor ‘Their Pride’ And Asking ‘Let The Truth Come Out’
Palak Tiwari Is Dating THIS Actor For Two Years And It’s Not Ibrahim Ali Khan; Reports
Bigg Boss 13: After Getting Evicted From The House Hindustani Bhau Reveals, “All The Contestants Were Fake”
Debina Bonnerjee Reveals Pregnancy Complications, Reveals She Has 2 Fibroids Growing In Her Womb: Read On!
Bigg Boss 12 Winner Dipika Kakar To Give Price Money To Mother-In-Law, Plans To Buy This
Deepika Padukone Shares Her Relationship With In-Laws, For Ranveer’s Mom, She Is Her ‘Beti’
Here’s What You Need To Know When Planning Your Punta Mita Vacation..
Throwback Video: When Rani Called Now Enemy Aishwarya Rai Her Friend Forever
Forgot your Anniversary? Here’s How to Make up To Your Wife!