Ace choreographer and filmmaker Farha Khan share a strong bond with superstar Shah Rukh Khan. The duo has known eachother for more than a decade now. The friendship between the two is so strong that they often have talked about it on several platforms. Farha had even made her debut directorial film ‘Main Hoon Naa’ with Shah Rukh Khan. 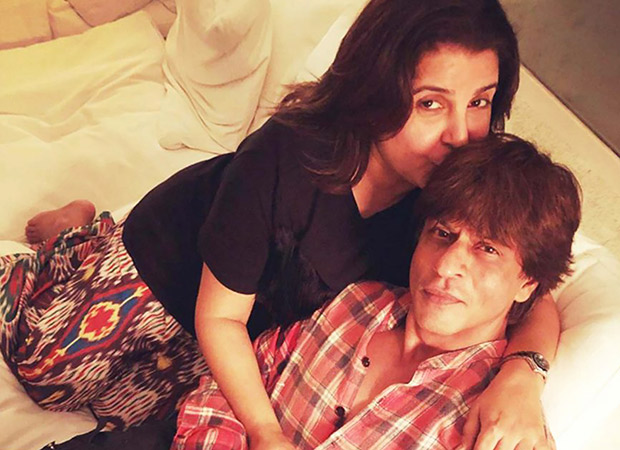 Since then there’s been no looking back for this powerful duo, they again worked in ‘Om Shanti Om’ together which became a blockbuster. Farha is also close to Shah Rukh Khan’s family and she recently proved that by sharing an adorable throwback photo.

On Friday, Shah Rukh Khan and Gauri Khan’s youngest child Abram turned 9 years old. On the occasion, Farha Khan surprised the actor’s fans by sharing a picture of little Abram. In the Instagram story shared by Farha, both Shah Rukh Khan and she could be seen holding Abram and kissing him on his cheek and head. The toddler Abram in the photos is looking super cute while looking into the camera and his hand little hands-on Shah Rukh Khan’s chest. 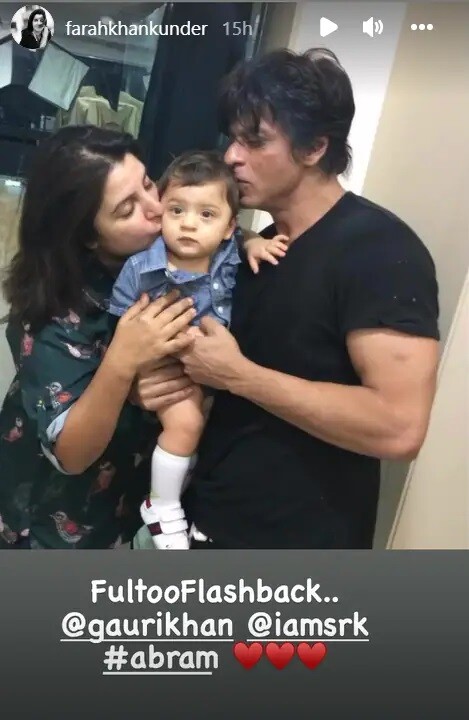 Earlier, a video of Farha was trending in which she showed the ace producer Karan Johar’s wardrobe. Both the filmmakers are taking a tour in the closet and sharing it with their fans and followers.