On Friday, filmmaker Farah Khan shared a video of herself with her kids, Czar, Anya, and Diva, on Instagram. In the video, four of them were seen breaking ceramic plates. Fans called Farah out in the comments section for ‘wasting money’ by breaking so many plates.

Farah Khan shared the video on her Instagram. She captioned it, “Better break plates than hearts.. (who will clean the mess though?) #kidsnightout #greektradition.” In the clip, Farah and her kids are seen breaking plates at a Mumbai restaurant. 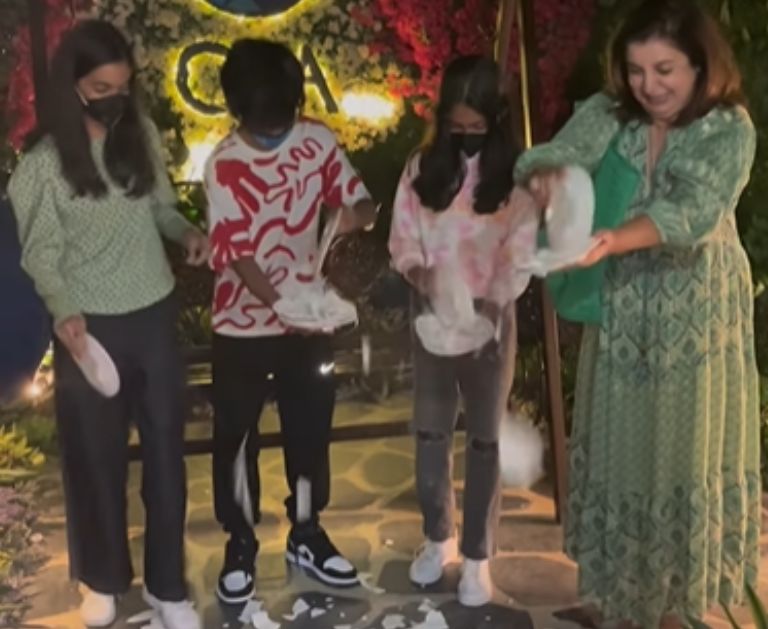 Fans filled the comment section which expressed their anger. They said that when you have too much money and you waste it like that. Some others commented that they have not seen anyone breaking plates while living in Greece. Another one asked, “Ma’am, you are right. Who will clean the mess?” 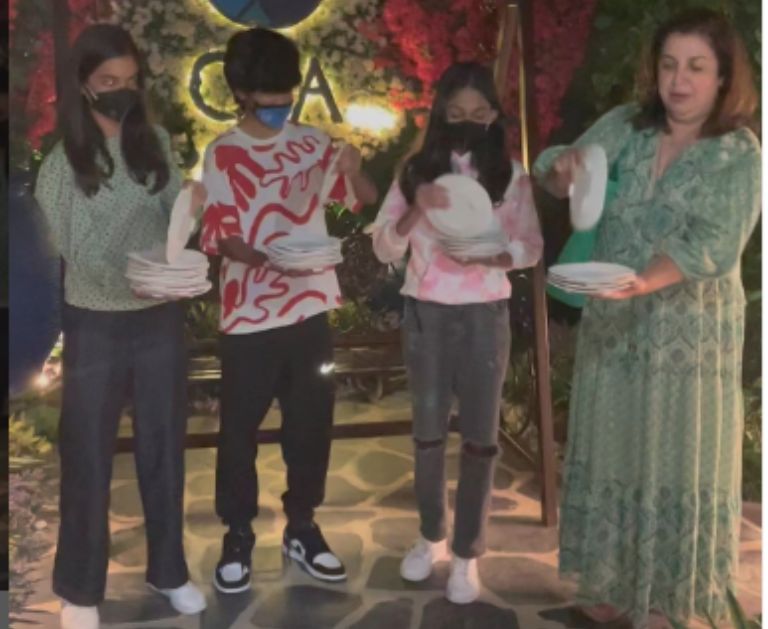 In 2004 Farah and film editor Shirish Kunder married. They fell in love on the sets of the Shah Rukh Khan-starrer Main Hoon Na. In 2008, Diva, Anya, and Czarblessed their life. She shares pictures and videos featuring her kids on social media often.

Swayamvar- Mika Di Vohti: Has The Singer Found His Life Partner In Ex-Girlfriend Akanksha Puri? DEETS INSIDE!
Alia Bhatt’s Latest Instagram Post Gives Us A Sneak-Peek Into Her Kissing Moment With Boyfriend Ranbir Kapoor
Ranveer Singh Praises Wife Deepika Padukone after watching the trailer of Gehraiyaan
Babil Khan Gets Emotional And Pens Down A Heartfelt Note To Dilip Kumar
Bigg Boss 12 Winner Dipika Kakar To Give Price Money To Mother-In-Law, Plans To Buy This
Deepika Padukone Shares Her Relationship With In-Laws, For Ranveer’s Mom, She Is Her ‘Beti’
Here’s What You Need To Know When Planning Your Punta Mita Vacation..
Throwback Video: When Rani Called Now Enemy Aishwarya Rai Her Friend Forever
Forgot your Anniversary? Here’s How to Make up To Your Wife!