The television industry’s famous producer and writer and owner of Balaji telefilms Ekta Kapoor has backed the upcoming film ‘Goodbye’. The movie stars Amitabh Bachchan, Rashmika Mandanna, Sunil Grover, and Neena Gupta in pivotal roles. Recently, the starcast came together for the trailer launch at an event where Ekta Kapoor was also present. The producer was sitting with the cast and suddenly broke down while talking about the film. 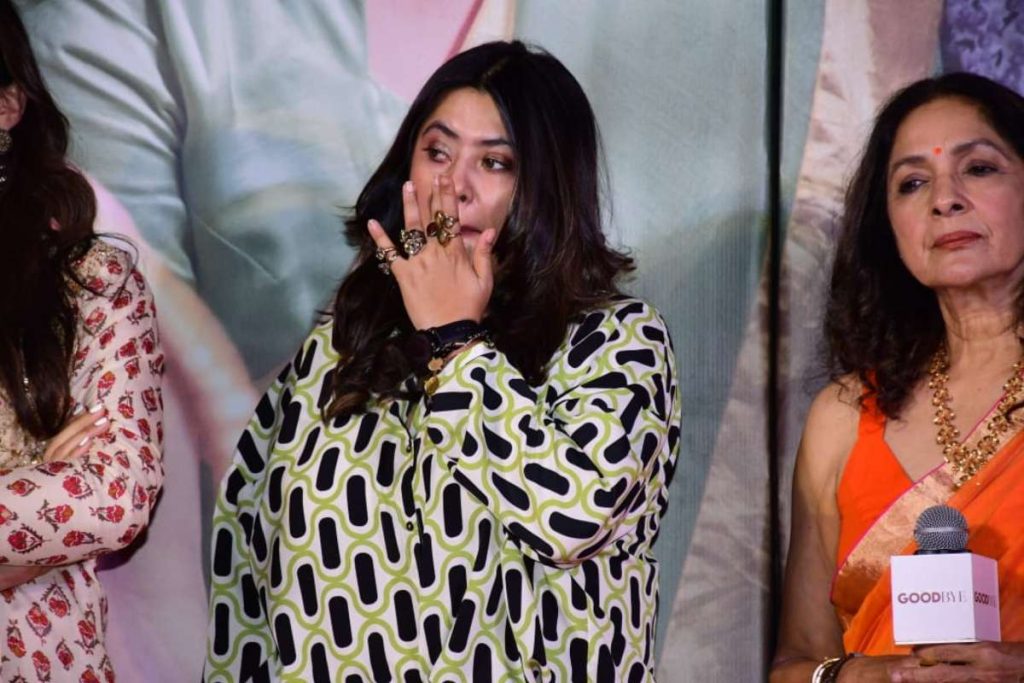 The movie ‘Goodbye’ is a family film that revolves around an elderly couple and their daughter. When Ekta was speaking about the film and started crying about her parents getting old. It was an emotional moment for the producer but the netizens started trolling her. Ekta is known for making shows which are filled with Drama, tragedies, and Rona-dhona.

At the event, Ekta was seen getting emotional as she said that the film is very close to her heart. She said that the most difficult in anyone’s life is when the people giving birth to them are no more. “That fear, that pain… I don’t know how people live with it,” she said.

For unversed, Ekta Kapoor is the daughter of legendary actors Jeetendra Kapoor and Shobha Kapoor. She also has a sibling named Tusharr Kapoor.

Shilpa Shetty Kundra’s Daughter Samisha Looks Like A Spitting Image Of Her Maasi Shamita Shetty In These Pictures
Shilpa Shetty’s Husband Raj Kundra DELETES His Account From Instagram And Twitter Months After Releasing From Jail In Pornography Case
Rakul Preet Singh Doesn’t Want Her Relationship with Jackky Bhagnani to Be a Talking Point; Know Here What She Said!
Exclusive: Kabir Bedi Asks Sunny Leone ‘What’s Your Mobile Number?’, But She Gives Him Her Hubby Daniel’s Contact!; Deets Inside