Now as per some media reports, Shilpa Shetty will make her first public appearance for the first time after Raj Kundra’s arrest for a COVID-19 relief fundraiser. She is expected to join Bollywood and international celebrities like Arjun Kapoor, Dia Mirza, Ed Sheeran, Karan Johar, Parineeti Chopra, Saif Ali Khan, Sara Ali Khan, and Steven Spielberg. The virtual event for the COVID-19 relief fundraiser “We For India: Saving Lives, Protecting Livelihoods” will be held on August 15, 2021. 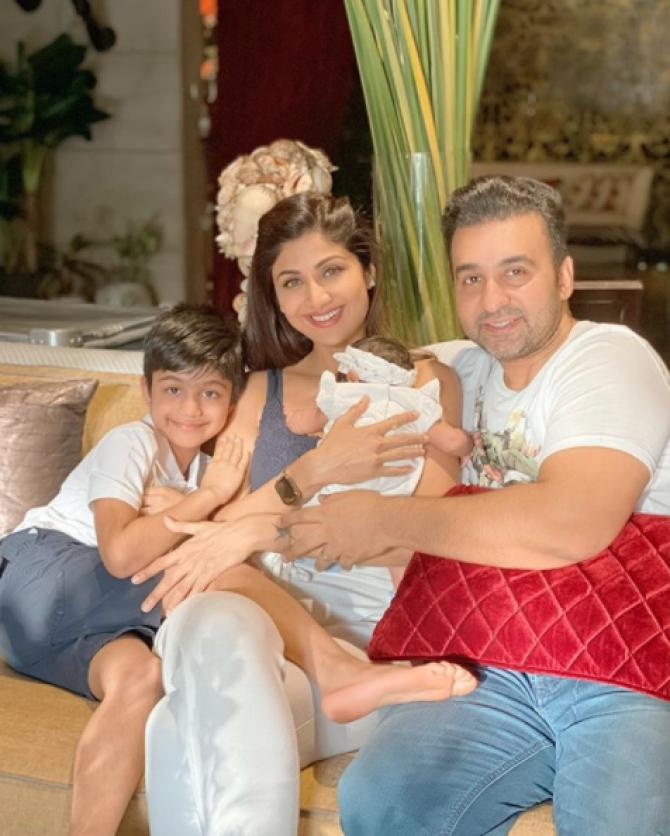 A few days ago, Shilpa Shetty had broken her silence over her husband Raj Kundra’s involvement in the pornographic racket and wrote, “My statement. Yes! The past few days have been challenging, on every front. There have been a lot of rumours and accusations. A lot of unwarranted aspersions on me cast by the media and (not so) well-wishers as well. A lot of trolling/questions posed… not only to me but also to my family. MY STAND… I HAVE NOT COMMENTED YET, and will continue to refrain from doing so on this case as it is subjudice, so please stop attributing false quotes on my behalf.” 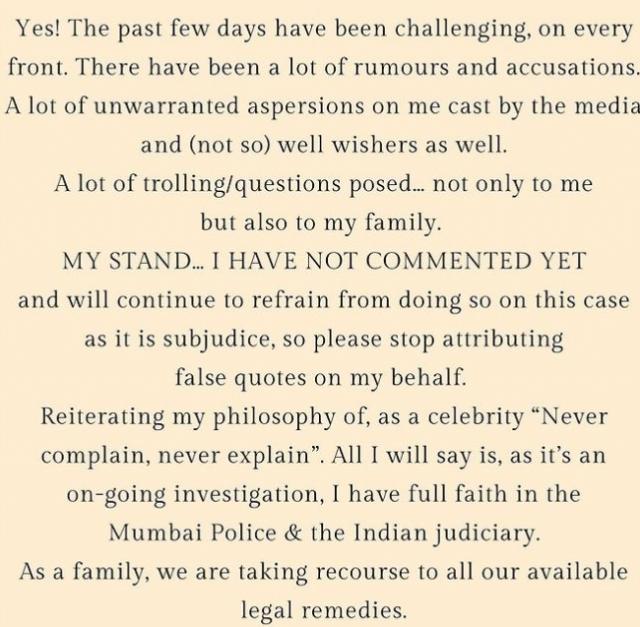 Shilpa had requested to respect her family’s privacy for the sake of her children and added, “Reiterating my philosophy of, as a celebrity “Never complain, never explain”. All I will say is, as it’s an on-going investigation, I have full faith in the Mumbai Police & the Indian judiciary. As a family, we are taking recourse to all our available legal remedies. But, till then I humbly request you – especially as a MOTHER – to respect our privacy for my children’s sake and request you to refrain from commenting on half-baked information without verifying the veracity of the same.” 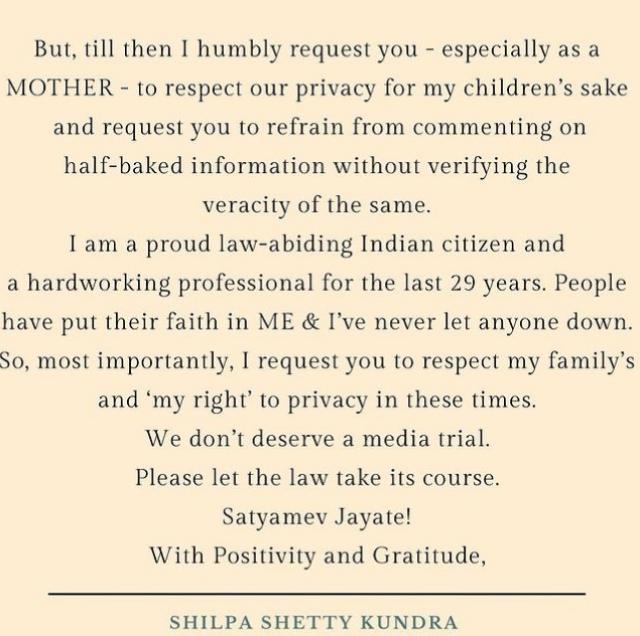 Shilpa had concluded the statement saying, “I am a proud law-abiding Indian citizen and a hardworking professional for the last 29 years. People have put their faith in ME & I’ve never let anyone down. So, most importantly, I request you to respect my family’s and ‘my right’ to privacy in these times. We don’t deserve a media trial. Please let the law take its course. Satyamev Jayate! With Positivity and Gratitude, Shilpa Shetty Kundra.”