Anushka Sharma and Virat Kohli are too adorable together. The husband-wife duo has always given couple goals and relationship goals to people. The youngsters look up to them when it comes to choosing their partner based on their compatibility. Be it a high or low phase in life, Anushka and Virat have stuck together through thick and thin. And, as a result, both the stars of their own field have come out stronger in any situation.

Anushka has always been the biggest cheerleader for her husband Virat Kohli. Whenever the cricketer plays well she has always dedicated a post for him. However, her latest post has made her fans fall in love with her even more.  Yesterday, when the whole country was celebrating Virat Kohli’s first maiden T20 against Afghanistan, Anushka too shared a post for her husband on her social media account. 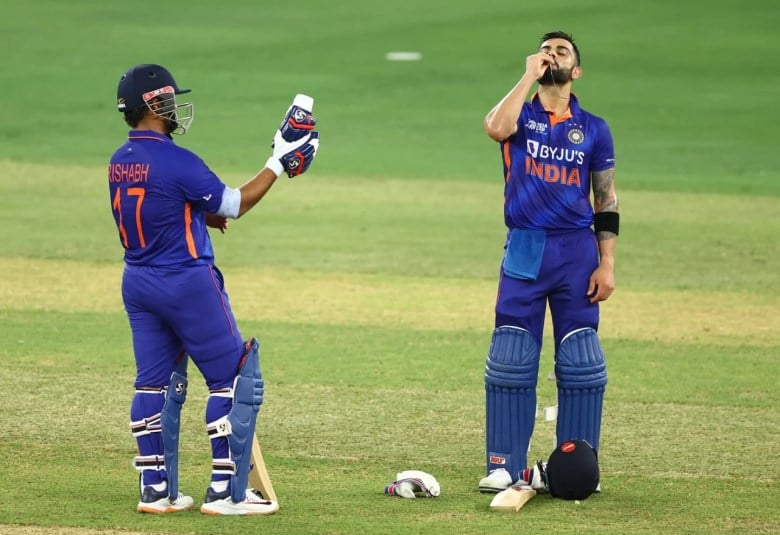 Virat’s recent century also mark’s cricketer’s 71st international century. Hence, his wife shared pictures from the match and wrote, “forever with you, through any and everything..” Virat Kohli was out of form for some time but his recent achievement has shut many mouths. As soon as the cricketer scored well, the netizens poured their love on social media by writing, “King Is Back”.

Meanwhile, the cricketer also dedicated his century to his wife Anushka Sharma and daughter Vamika. For the unversed, Virat and Anushka tied the knot in the year 2017 and welcomed their first child in 2021. Both the stars have decided to protect their child from media till she grows old.