Veteran actor Surekha Sikri dies today at the age of 75 due to the cardiac arrest. From the past few days she had been suffering from complications arising from a second brain stroke. She had suffered a brain stroke in september last year and was discharged after few days. At his last time he was surrounded by his family and friends who was with her all the time. She was a wonderful actor and played many roles in various television serials, web series etc. 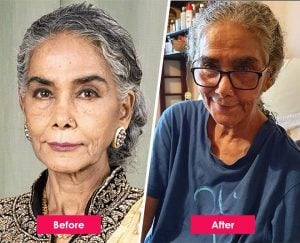 Surekha sikri was a three-time national award winning actress is best known for her performances in Tamas, Mammo,Salim Landge Pe Mat Ro, Zubeidaa, Badhaai Ho and daily soap Balika Vadhu. She was last seen in Netflix’s anthology “Ghost Stories”(2020),in the story directed by Zoya Akhtar. She has left us enchanted by her performance in many television shows and movies . Especially she was renowed for her roles in Balika Vadhu and Badhaai Ho. She has contributed so much to the industry and contributed so much to the industry. 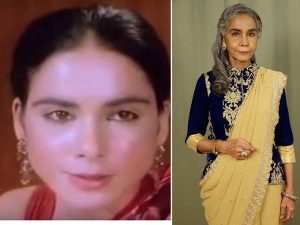 She has made her first debut in the 1978 political drama film Kissa Kursi Ka  and went on to play supporting roles in numerous Hindi and Malayalam films , as well as Indian soap operas . She has also received a Filmfare award . She was also the relative of Naseerudin Shah ,who is the brother in law of her.

Today , We have lost one of the gem of the industry , may her soul rest in peace.