Akshay Kumar to Collaborate with Priyadarshan for a Comedy Film

Ace filmmaker Priyadarshan and Bollywood actor Akshay Kumar are all set to collaborate for a comedy film that is expected to go on the floors in 2022. This is for the first time after 2010 that the two are reuniting for a project. The iconic duo has worked on several block buster comedies in the 2000s, such as the Hera Pheri series, Garam Masala, Bhool Bhulaiyaa, De Dana Dan and more. 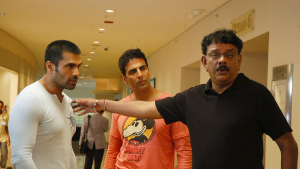 While speaking to a leading daily, the Hungama director said that he was supposed to start working on the film with Kumar, this year itself but the project got delayed due to the coronavirus pandemic. He further added, “It is an out an out comedy with emotions. It is 70 percent comedy and 30 percent emotion towards the climax. I will be working on multiple drafts. There will be a first draft, second draft and third draft for the script. We are now looking to start shooting early next year.” As per speculations, the film will be produced by Akshay Kumar along with another top name from the industry. Upon being asked about the same, the director said, “That is something you need to ask Akshay, I am just working on the script. It is him who always looks into the other factors.” 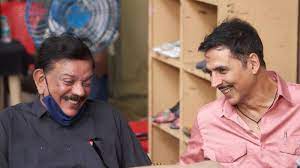 Akshay Kumar is currently shooting for his latest film, Raksha Bandhan. The filmmaker met Kumar on the sets of the film to discuss about their new project. The actor also posted a picture with Priyadarshan, along with a caption in which he wrote, “When a guy with as brilliant a sense of humor as @priyadarshandir comes calling, a hard work day becomes a laugh hard day.” The filmmaker also posted the same picture with the caption, “After a long break, we are having quality time discussing about next Hindi movie and I am enjoying these discussions with @akshaykumar.” 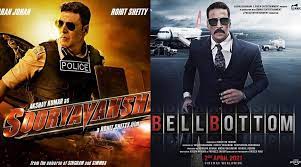 As of now, the director is gearing up for the digital release of his upcoming film, Hungama 2, which stars Paresh Rawal, Shilpa Shetty Kundra, Meezaan Jaffri and Pranitha Subhash in the lead, along with others. Meanwhile, Akshay Kumar is all set to share screen space with Rakul Preet Singh, in a psychological thriller which is said to be the official Hindi remake of the critically acclaimed Tamil film, Ratsasan. The original film featured actors Vishnu Vishal and Amala Paul in the lead. The actor also has films like Sooryavanshi, Bell Bottom, Atrangi Re, Prithviraj, and Ram Setu in his kitty.