The most adorable couple in the B’town and now soon-to-be parents Alia and Ranbir are set to welcome their first child. The duo tied the knot earlier this year and announced their pregnancy after three months of marriage. Recently, the Kapoors and Bhatts came together to celebrate the baby shower of the couple who looked gorgeous together. 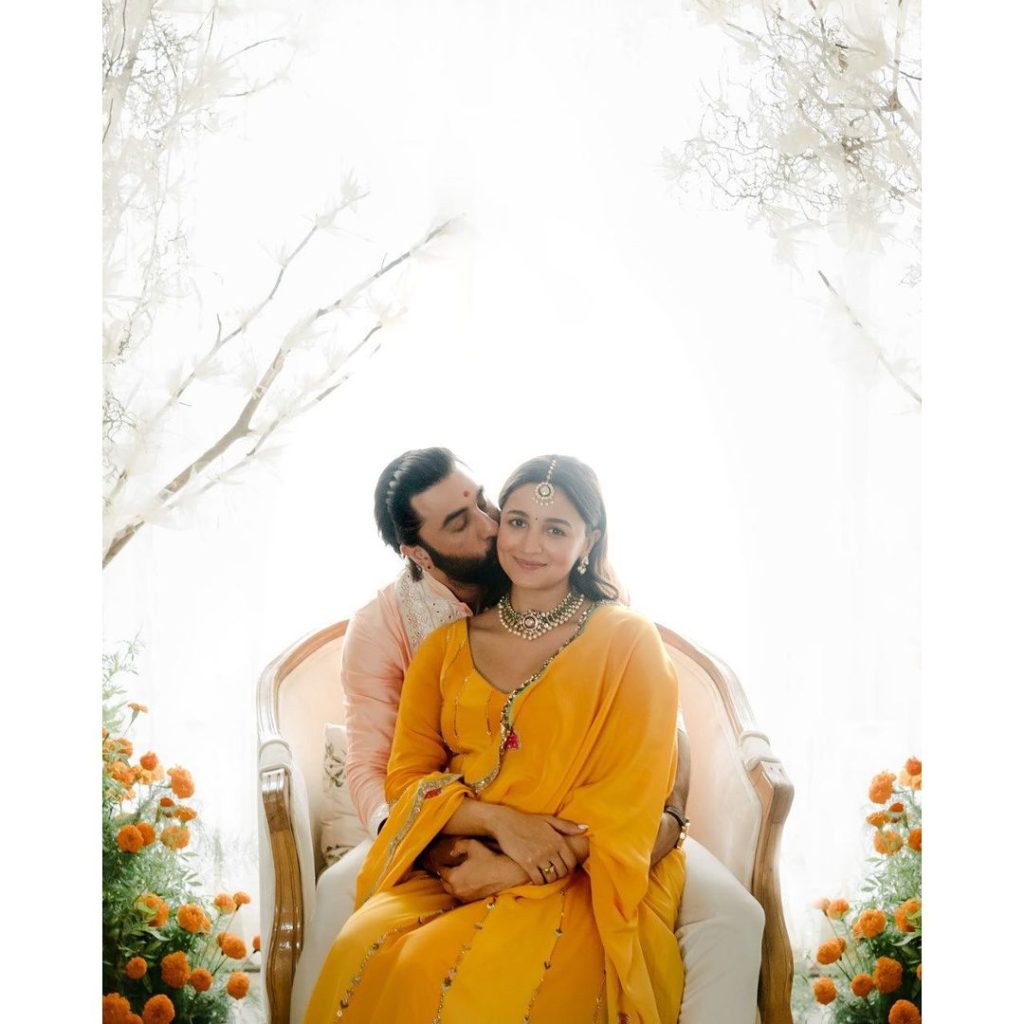 Alia was seen decked up in a yellow suit along with contrasting jewellery, while Ranbir Kapoor opted for a light coral kurta. The couple also posed together for the photos that were later shared by Alia Bhatt. 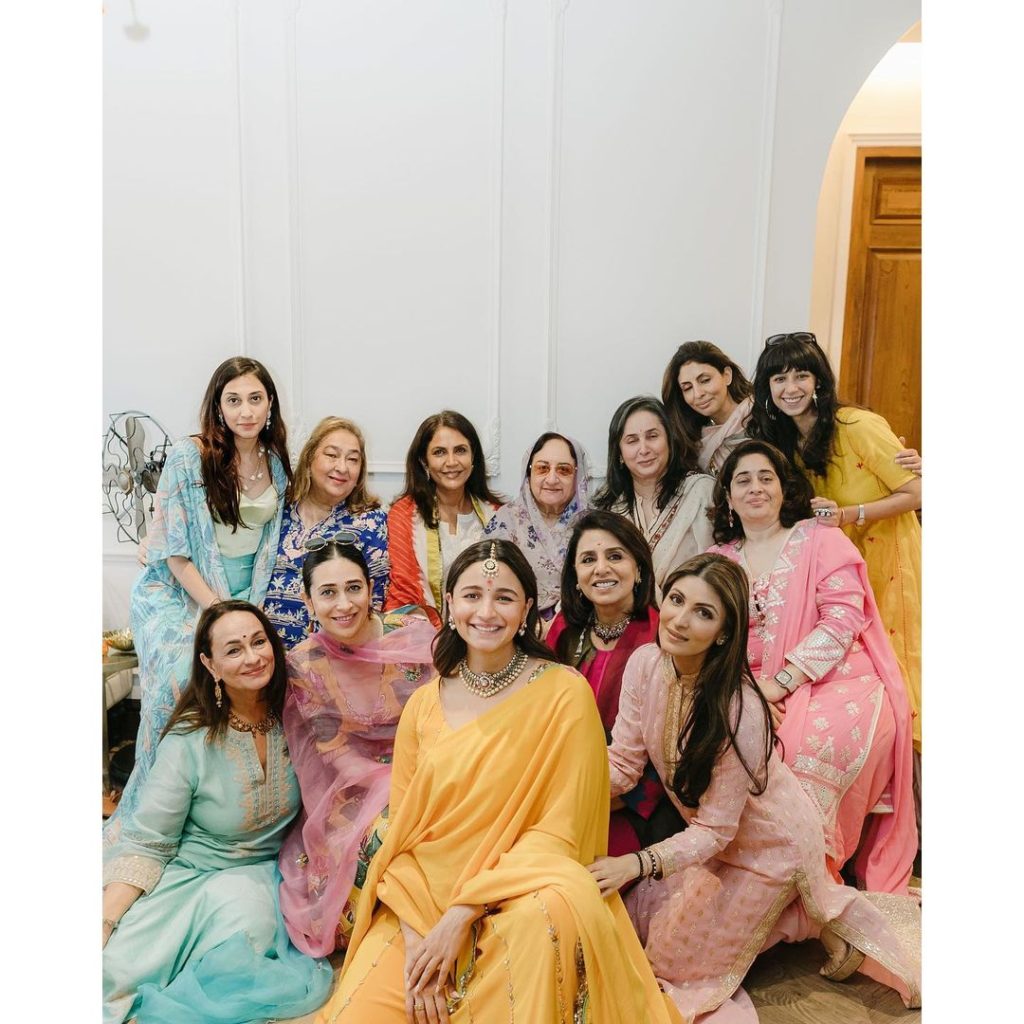 The actress took to her Instagram handle and dropped beautiful pictures from the function. She kept the caption short and simple and wrote, “Just Love along with loads of yellow heart emojis.” 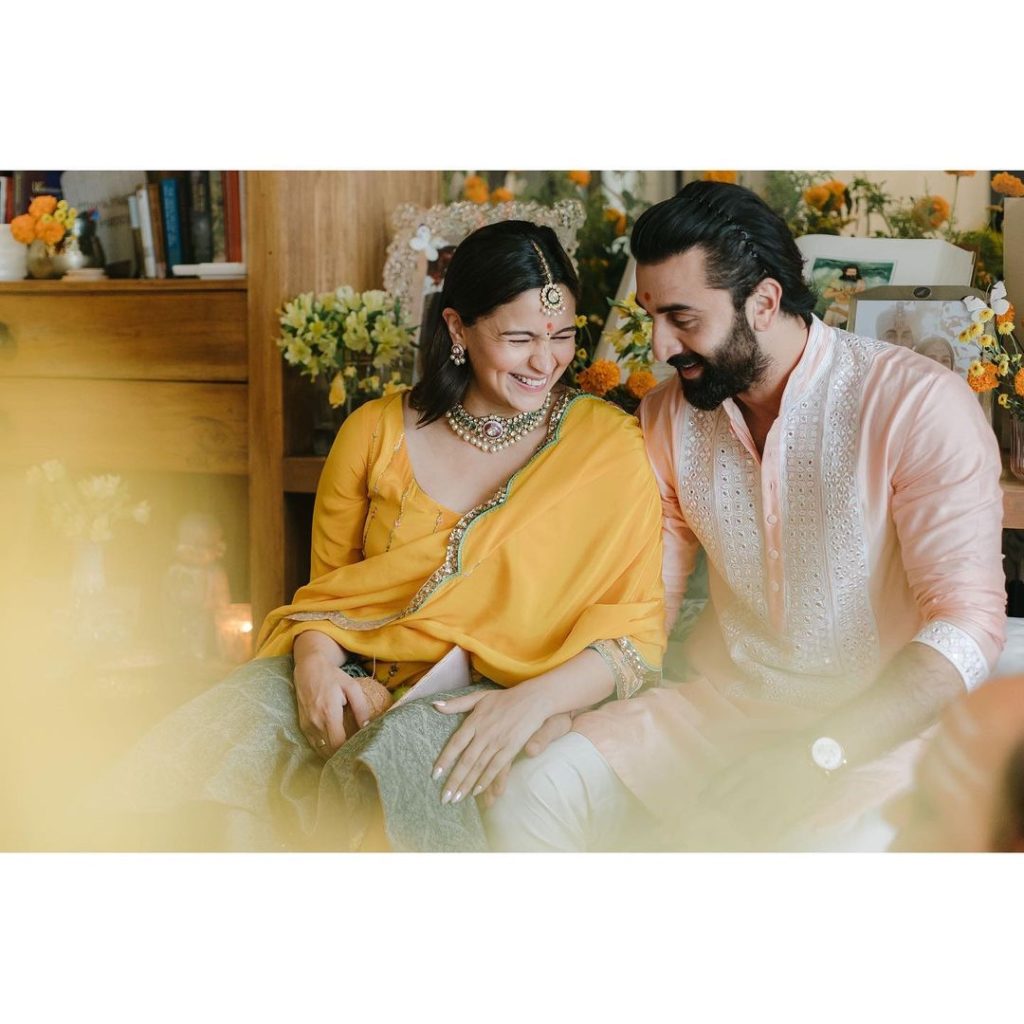 In a series of photos, Alia is seen posing with Ranbir Kapoor’s sister Ridhima and other in-laws. She even shared a few glimpses with Ranbir Kapoor. In one photo, Ranbir is seen kissing the actress on her cheeks, and in another, they both are looking into the camera while holding each other tight. The actress also shared a snap in which Alia is sitting with her family that included Mahesh Bhatt and Soni Razdan. In another group photo, Alia is posing with mother-in-law Neetu Kapoor, Karishma Kapoor, and others. 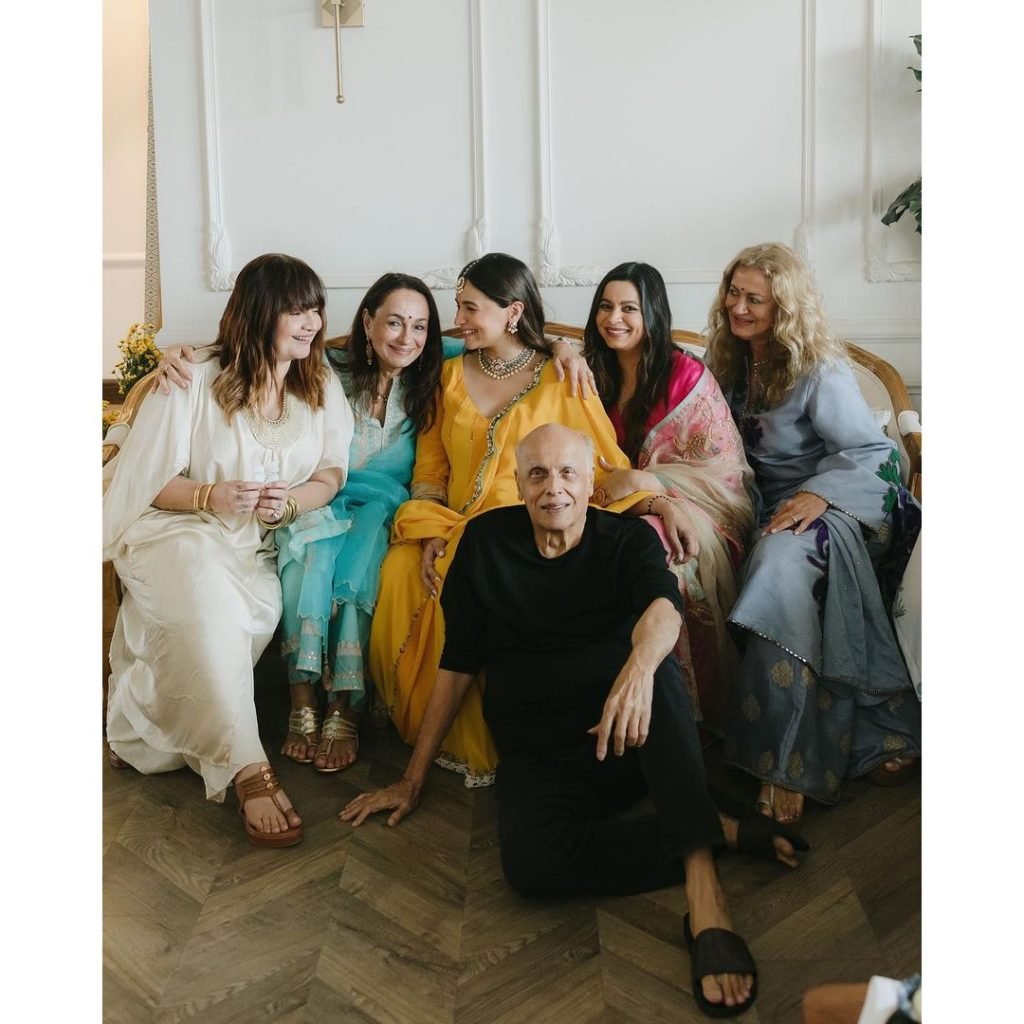 Earlier, Alia Bhatt had received the Time100 Awards in Singapore. The diva gave a beautiful speech in which she mentioned her unborn child kicking her relentlessly. She thanked her fans and family members for keeping up with her on a daily basis.