Zaheer Iqbaal Confirms His Relationship With Sonakshi Sinha, Says, “I Love You” With A Cute Video: Watch!

Bollywood actress Sonakshi Sinha and Zaheer Iqbaal are now dating, and her fans are ecstatic. Sonakshi Sinha, the daughter of legendary actor Shatrughan Sinha, has always avoided linkups and media mills peddling false information about her. Sonakshi is, however, never far from the attention of gossipmongers, and there are rumors that she is dating Zaheer Iqbal. However, the rumoured lovebirds never mentioned it in public. 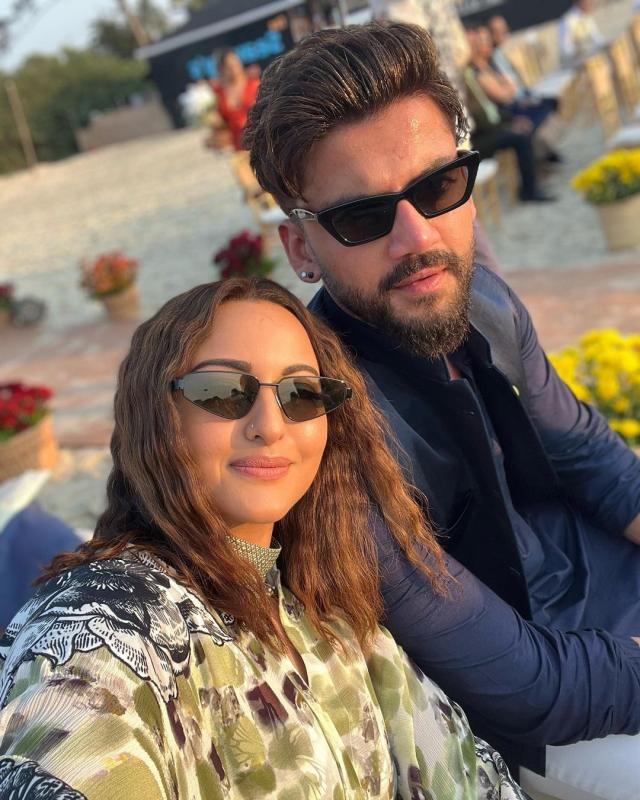 Recently, Sonakshi and Zaheer were spotted at a wedding. In the video, we see Sonakshi leading the way while being photographed by the paparazzi, with Zaheer trailing behind. Everyone was perplexed as to whether the two were dating or not, as they were dressed identically in black ensembles. 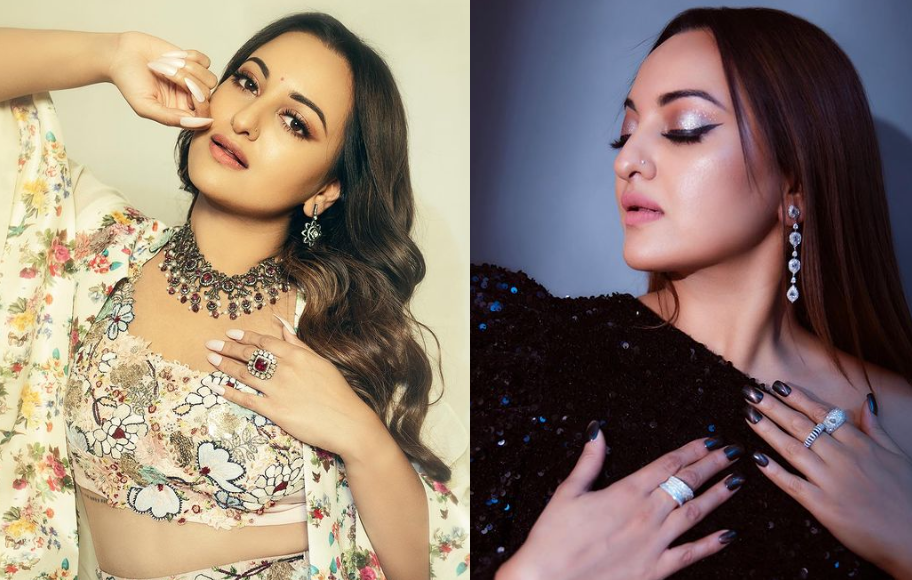 On June 6, 2022, Zaheer shared a post on his Instagram handle and confirmed their relationship. He posted a belated birthday message to his sweetheart, Sonakshi. He also wrote a sweet note to Sonakshi, wishing her well and confessing his love with a sweet “I Love You.” He also posted a video of Sonakshi chowing down on a burger. He penned: “Happy Birthday Sonzzz. Thank You for not killing me. I Love You. Here’s to a lot more food, flights, love and laughter. P.s – This video sums up the entire time we’ve known each other.” 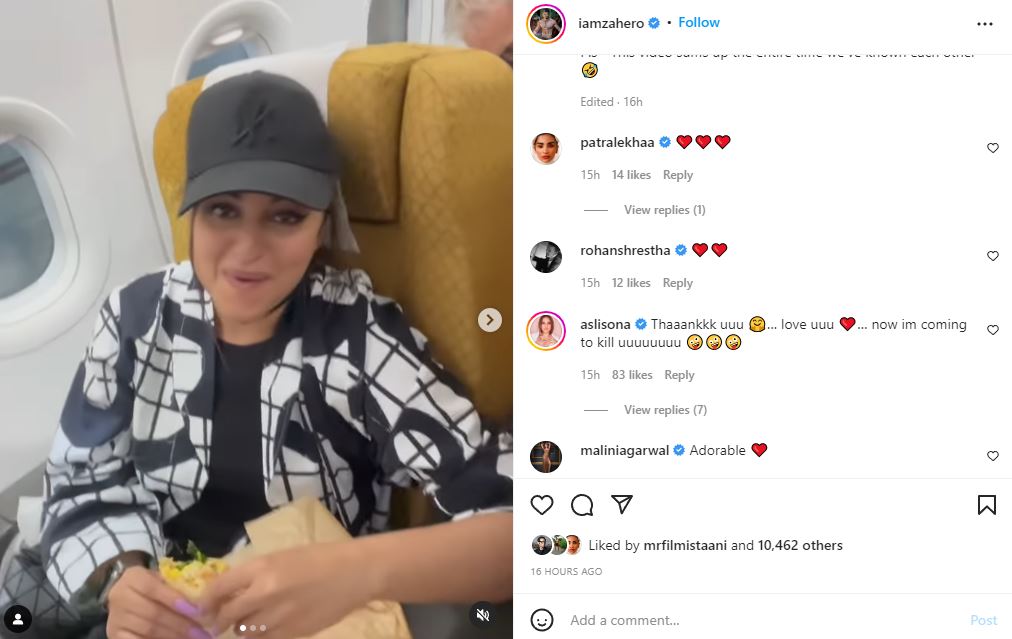 Earlier, in an interview with Bollywood Bubble, Sonakshi Sinha revealed that her longest relationship had lasted five years. She claimed to be in her early twenties at the time of the incident. Sonakshi also stated that she had gained a lot of knowledge from her previous relationship. She had previously stated: 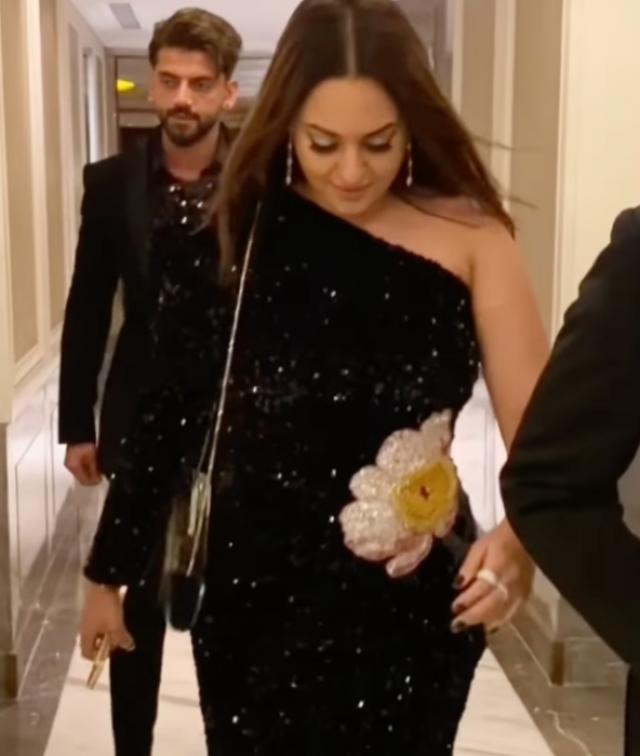 “Relationships happen later. I think I must have been 21 or 22 when I had my first serious relationship. It was a long one—five-plus years. It’s important to always learn from your relationships and move on because everybody is different, and everybody has their own personality. You just have to find someone who is willing to tolerate you. I actually learned a lot of things. I was also very young. You change, you grow, and your experiences change you a lot. I started working more. I met so many new people and learned so much from them. And I think all of that changes you as a person. There’s nothing in particular that you should do or shouldn’t do. You just have to be yourself and find someone who’ll love that about you. ” 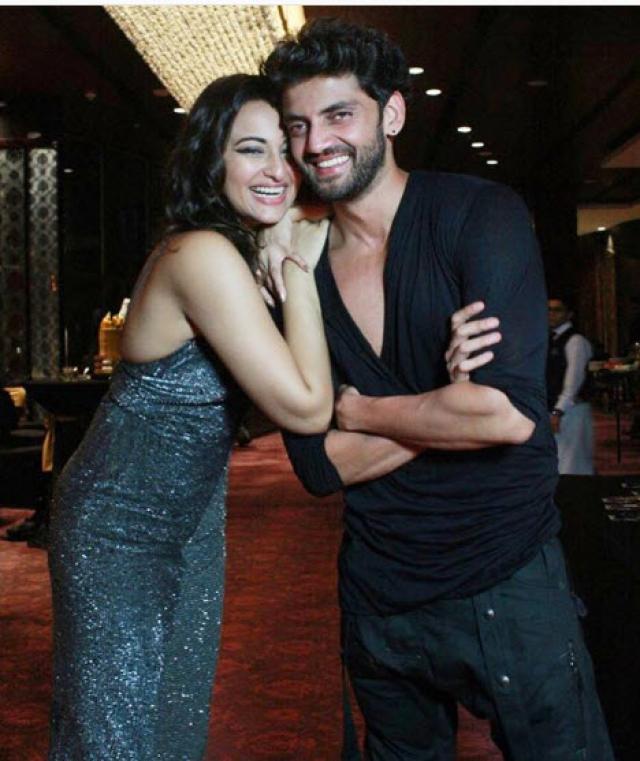 In the same conversation, Sonakshi Sinha joked that if it were up to her father, she would stay single at home. Her mother, on the other hand, frequently inquires about her plans to marry. Finally, Sonakshi stated that her parents are aware that she will consider marrying when she is ready.