During one of her appearances at Koffee With Karan in 2016, Kareena had a gala time taking a dig at Sonam Kapoor for her beliefs and trolling KJo hilariously for his antics. During the rapid-fire round, when Kjo asked her what would she do if she ever gets stuck in an elevator with her ex Shahid Kapoor and now husband Saif Ali Khan. To which she had replied. “I would ask them why they didn’t cast me in Rangoon? We would have shot the film here.” 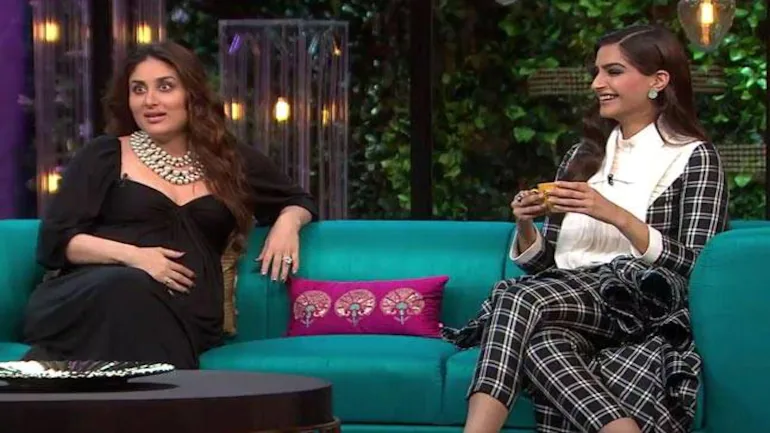 However, when she was asked what she would do if she gets stuck in an elevator with Ranbir Kapoor’s exes Katrina Kaif and Deepika Padukone, Kareena said, “I think I would just kill myself.” Sonam interjected, “I would love to be a fly on the wall.”

Kareena replied, “Put her in the elevator. Now you see why Saif and I don’t leave our homes? We don’t want to be stuck in these elevators.” Later when Karan Johar asked her to start a rumour about her cousin Ranbir Kapoor as a part of the rapid-fire round. Kareena said, “Listen, I can’t. This family can’t have another rumour. My grandmother will have a heart attack.” leaving Sonam and KJo in splits.

Currently, Kareena Kapoor Khan is on an exotic vacation with her family to celebrate Saif’s 51st birthday