On Saturday, actor turned politician, Smriti Irani, shared a special video on social media to celebrate 21 years of Kyunki Saas Bhi Kabhi Bahu Thi, the show that made her a household name. She essayed the character of Tulsi Virani, the righteous matriarch and an ideal daughter in law who goes through a lot of trials and tribulations while striving to protect her family. The show proved to be a turning point for Irani, who had appeared in a couple of music videos and two TV shows before bagging the lead role in the landmark serial. 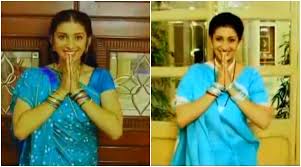 Produced by Shobha Kapoor and Ekta Kapoor under the banner of their home production, Balaji Telefilms, the drama premiered on July 3, 2000 and ran for almost eight years before going off air in November 2008. The series was a life changing experience, not only for the audience but also for the people who worked round the clock to bring it all together on screen. It became immensely popular as it managed to mesmerize the viewers with its melodramatic style of narration and depiction of family values. 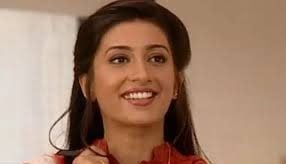 Irani wrote on Instagram, “We had made a promise ‘Phir Milenge’, a promise we could not keep. 21 years ago began a journey which changed many lives – brought joy to some, annoyed a few but impacted all those who saw it, who worked for it. Thank you for the memories.” Several actors who were part of the show’s ensemble cast, such as Mouni Roy, Hiten Tejwani, Gauri Pradhan, Riva Bubber and Anita Hassanandani also commented on her post. Ekta Kapoor too, shared a video on Instagram along with a caption in which she wrote, “Many moons ago. This day, changed my life. Thank you @starplus, @sameern, @smritiiraniofficial, Raju Bhai, Vipul Bhai and everyone associated.”