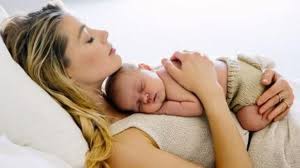 Hollywood actress Amber Heard is now a mother of a beautiful little baby girl. On Thursday, she took to various social media platforms to share the happy news with her fans. She said that she welcomed her daughter, whom she has named Oonagh, on April 8, with the help of a surrogate. She shared a picture of her daughter nestled against her, on Instagram, along with a lengthy caption in which she wrote – “I am so excited to share this news with you. Four years ago, I decided I wanted to have a child. I wanted to do it on my own terms. I now appreciate how radical it is for us as women to think about one of the most fundamental parts of our destinies in this way. I hope we arrive at a point in which it is normalized to not want a ring in order to have a crib. My daughter was born on April 8, 2021. Her name is Oonagh Paige Heard. She is the beginning of the rest of my life.” 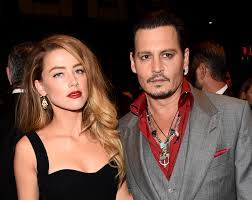 In 2012, Heard began dating Johnny Depp, who was her co star in the film, The Rum Diary (2011). They got married in a civil ceremony in February 2015. In May 2016, she filed for divorce from Depp. In her court declaration, she alleged that Depp had been physically and verbally abusive to her throughout their relationship. These allegations were dismissed by Depp who alleged that his wife was attempting to secure a premature financial resolution, a claim that was later rejected by the High Court of Justice in November 2020. The court found 12 of the 14 incidents of violence claimed by Heard, to be substantially true. It also accepted that the allegations made by Heard against Depp have had a negative effect on her career as an actor and an activist. A settlement was reached in August 2016, and the divorce was finalized in January 2017. Depp paid Heard a settlement of US$7 million.

On the work front, Heard is currently filming for Justice League and Aquaman and the Lost Kingdom. She was last seen in Gully, which marked the directorial debut of Nabil Elderkin.