Shruti Haasan And Beau Santanu Hazarika Hold Hands At Airport As They Twin In Black; See Inside!!!

Renowned actress Shruti Haasan and her artist boyfriend Santanu Hazarika are one such cutest couple in the film industry, who never shy away from flaunting their love for each other. The couples Shruti and Santanu were spotted at the Mumbai airport as they came back from Assam after an event. The paparazzi captured the couple as they held hands and looked perfect as they twinned in their favourite colour black. 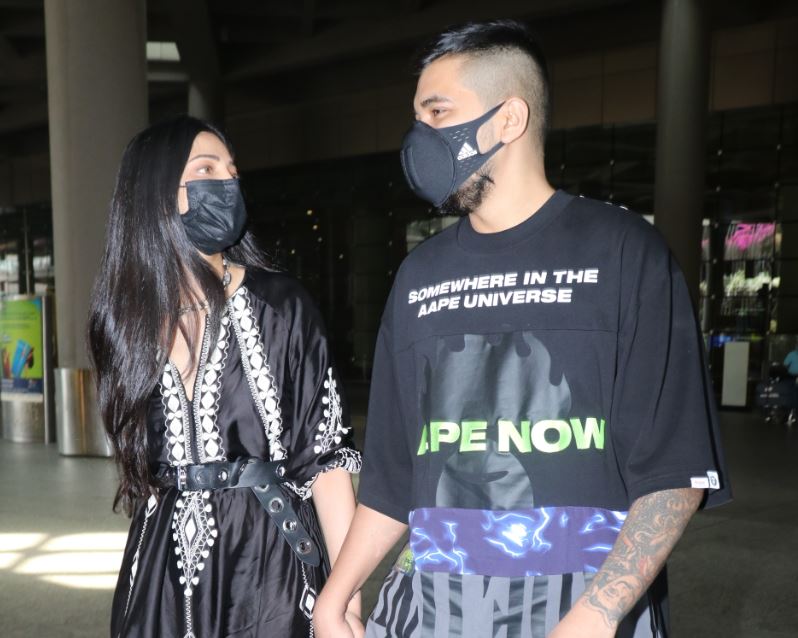 While Shruti went classy yet stylish with a maxi dress, Santanu picked out a funky dress in baggy joggers and an oversized t-shirt. The actress wore a black maxi dress with white thread embroidery over it, which she paired up with a necklace. Both of them were wearing masks, and kept following the COVID-19 precautions. The much-in-love couple Shruti and Santanu held hands as they walked out of the airport and were captured by shutterbugs.

Check out the pics below: 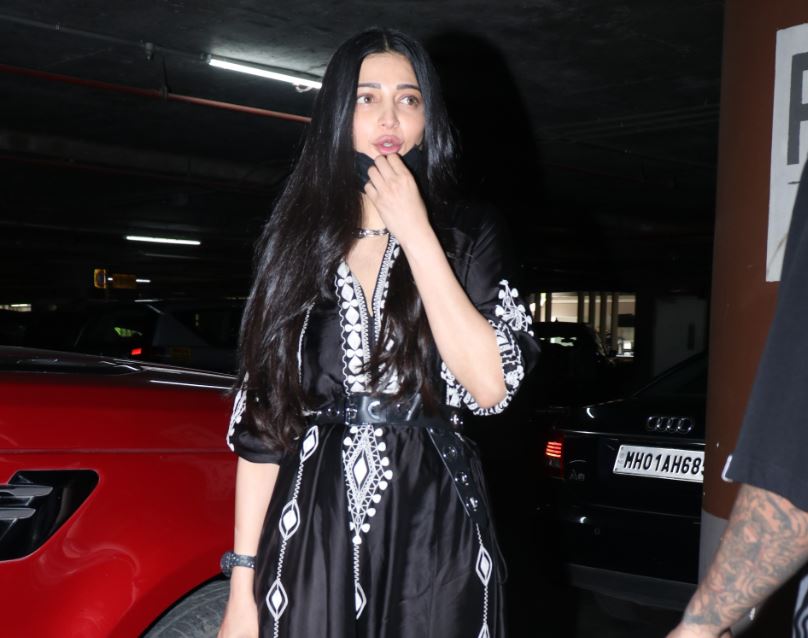 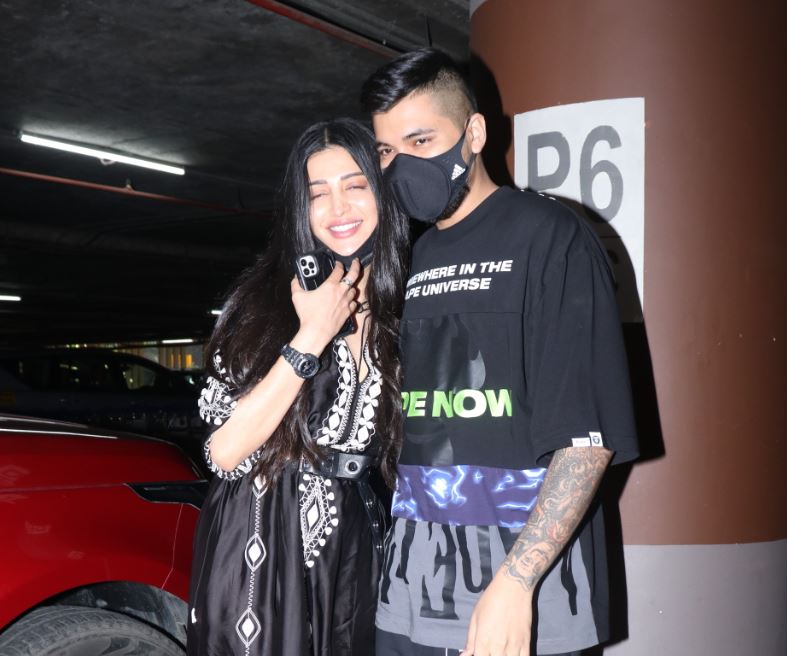 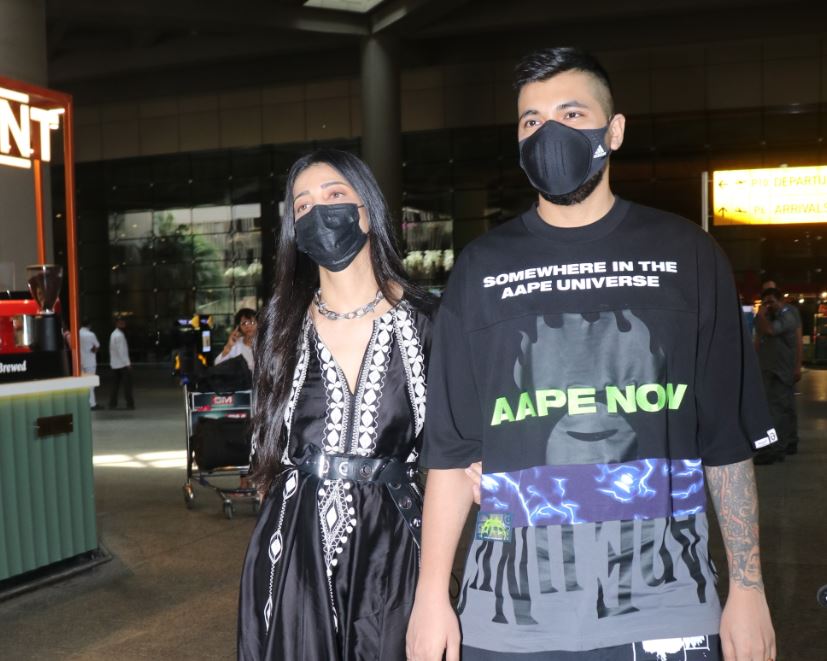 For an event in Assam with her boyfriend Santanu, a popularly known actress and the daughter of veteran actor Kamal Haasan, Shruti Haasan dressed up an outstanding black traditional Assamese sari and paired it with a black full sleeve adorning the blouse with a tie-up on the neck, the couple is besotted in love with each other and their romantic pictures on social media are proof of their immense love. 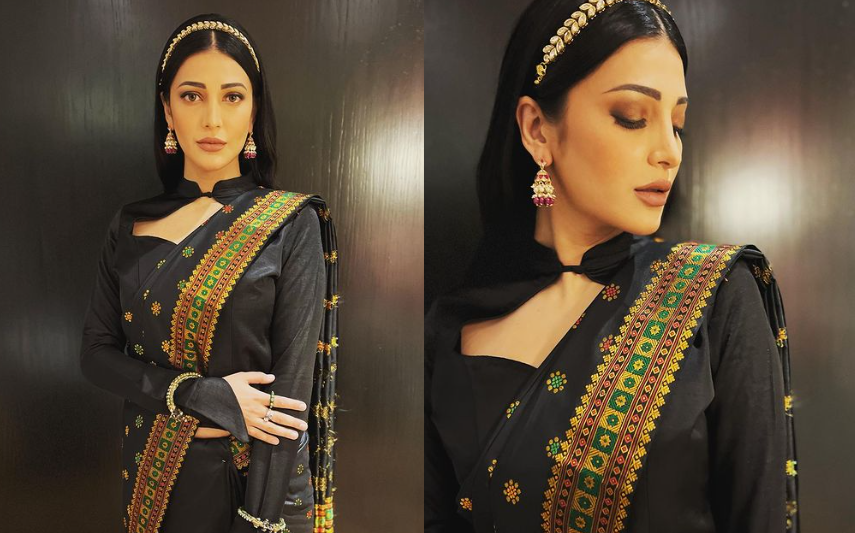 Meanwhile, on the professional front, Shruti Haasan will be seen with Prabhas in Prashanth Neel’s Salaar. The film is expected to release in April 2023. Moreover, she had been pipeline in as the female lead with co-star Chiranjeevi in his next Mega154 with director KS Ravindra.