Sara Ali Khan And Karan Johar Refused To Get Entry In A Restaurant In London, Actress Shares Video

Sara Ali Khan is among the most active actress on social media. The diva likes to share everything about herself via her social media accounts with her fans. She knows how to keep her social media game up and is always spotted posting entertaining videos. 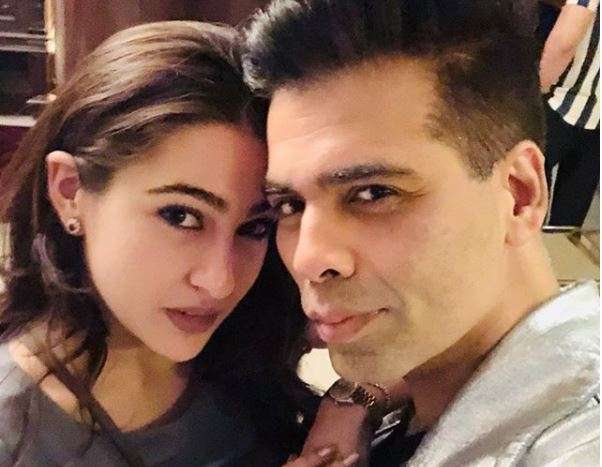 Sara is currently in London to fulfill her work commitments and is spending her time with industry friends from India. Yesterday, she posted a video in which the ace filmmaker Karan Johar is asking a restaurant manager if they have a booking under the name of Alia Bhatt. The manager in the video sternly refuses and says there are no bookings currently in the restaurant. Karan once again tries his luck and asks “No booking? Not in her name for four people?” and the man again refused.

Sara Ali Khan then tells Karan Johar in the video that there is always a first time. She then added that the man from the restaurant has said ‘toodles’ to them. Karan then looks into the camera and laughs hysterically. The actress shared the video in her story with a note, “When Karan Johar and I were left reservation-less and hungry, so had some KFC.”

Earlier, Karan Johar had posted a few pictures with his friends Manish Malhotra, and Alia Bhatt from London. Alia is currently in London to shoot for her first international project with Gal Gadot. She recently announced her pregnancy with her husband Ranbir Kapoor.

On the work front, Sara Ali Khan has finished shooting for her untitled film with Vicky Kaushal which has been directed by Laxman Utekar.