A very known tv personality and actress Rubina Dilaik is taking the internet by storm. The actress recently posted a few pictures of her posing in a blue embellished saree. The actress paired her saree with a golden blouse that had a deep plunging neckline. Rubina undoubtedly looked gorgeous and hot in this blue outfit that she wore. 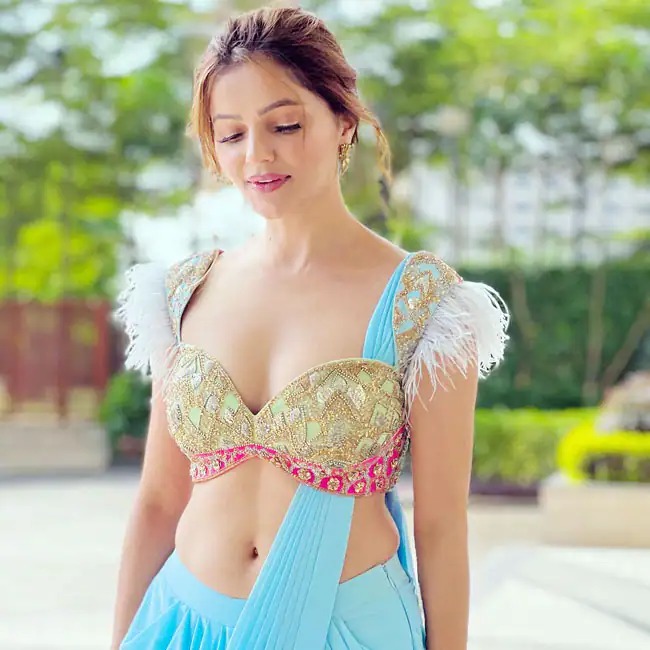 The saree also had small details going on throughout the length and also had furs on the shoulders of her blouse. The overall vibe of her outfit was a little summery and vibrant with hints of a dramatic look. The actress is known for her strong personality and headstrong views. She became a household name after she played a transgender person in her show ‘shakti’. She later appeared on the show Bigg Boss and won the hearts of her followers. 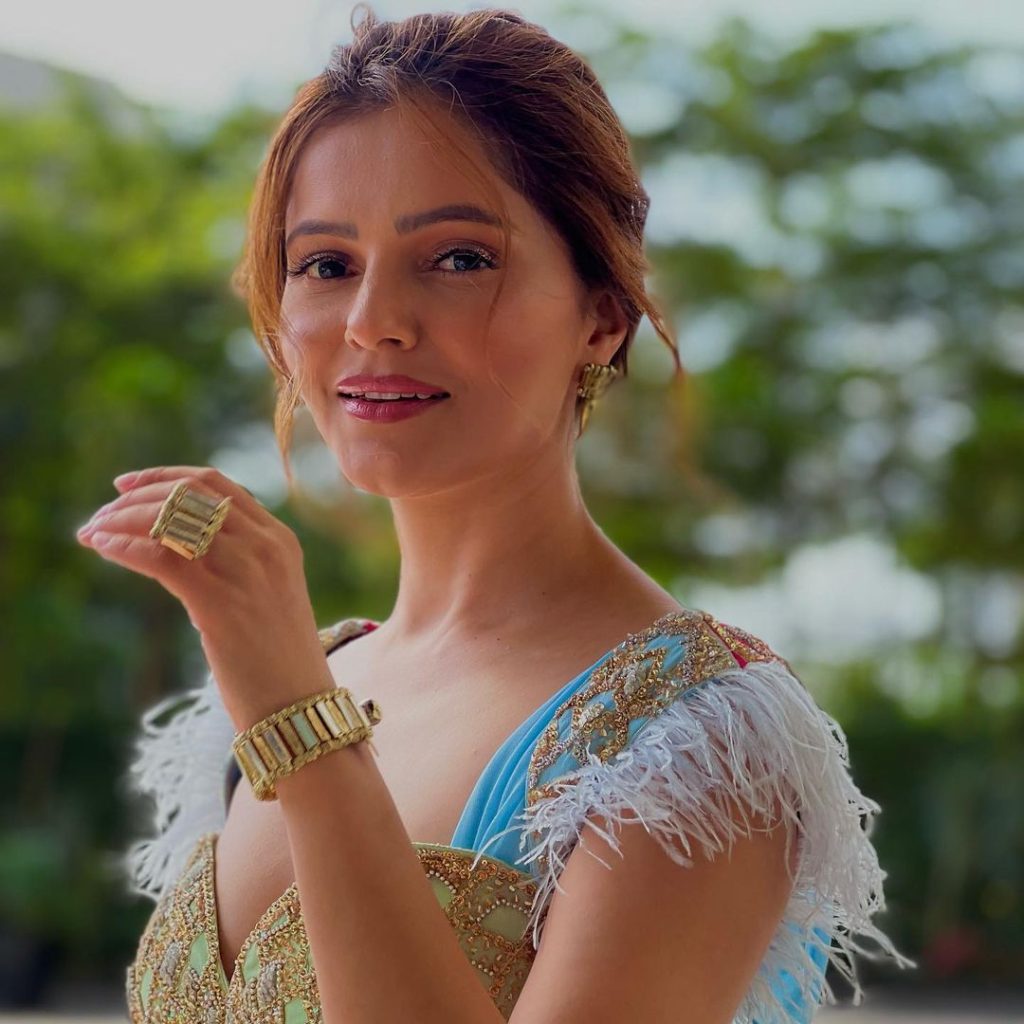 On the show, the actress admitted to having issues in her married life with her husband Abhinav which got resolved during the show. Rubina enjoys a huge fan following on Instagram of over 8.9 million followers. If you’ll go through the profile of this beauty then you’ll see a lot of stunning pictures of her. 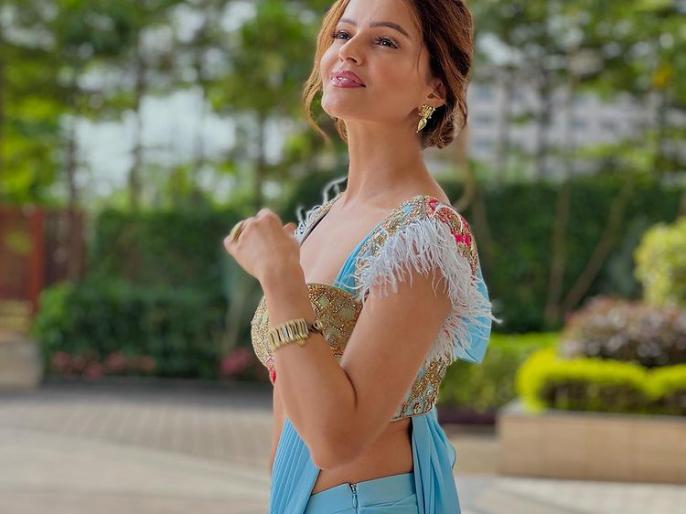 Rubina likes to experiment with her looks and never shies away from flaunting her curvy body. She doesn’t believe in receiving rubbish from people and gives it back every time someone tries to troll her. Her recent look in a blue saree is one of her best looks which is being appreciated by her fans and followers. Rubina will now be seen in Jhalak Dikh la Jaa’s upcoming season that will air on 3rd September.

Here’s How Katrina Kaif Wished Her Rumoured Boyfriend Vicky Kaushal’s Brother Sunny Kaushal On His Birthday
As Kareena Kapoor Khan And Saif Ali Khan Gets Trolled For Naming Their Son “Jehangir”, Saba Ali Khan Comes To Rescue, “What’s In A Name?”
Is Athiya Shetty Moving In With KL Rahul In A New Abode? Here’s How The Actress React To It
Mommy-To-Be Neha Dhupia Reveals Daughter Mehr Is Eagerly Waiting For Her Sibling, Says She Has Already Kept A Name For The Baby