Mouni Roy has been doing well for herself on the professional as well as personal front. The actress recently garnered a lot of attention for her negative character in Ayan Mukherjee’s Brahmastra. The diva also took a quick break after the film’s release and went to the Maldives to relax and rejuvenate. Mouni started her career in TV and over the years she has worked on many film projects as well. 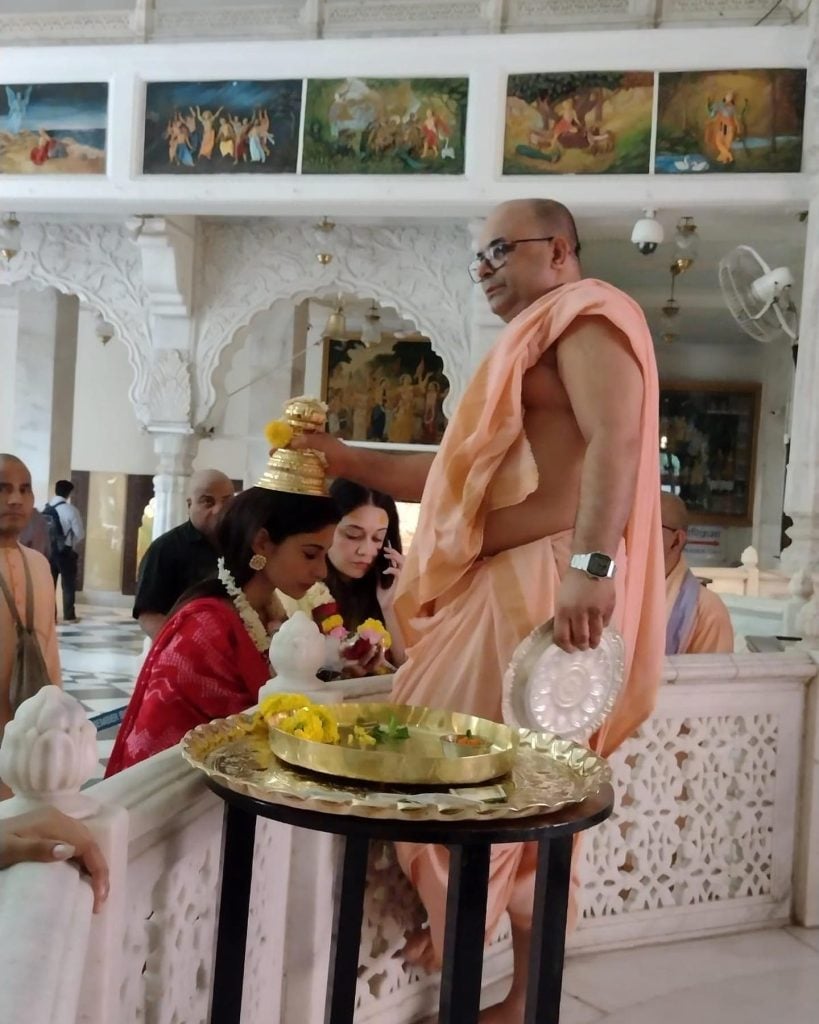 The actress has a huge fan following now and she also judges reality shows. Mouni recently got married to the love of her life Suraj Nambiar in an intimate wedding. she is often clicked at the airport and events flaunting her traditional look with ‘sindoor’ on her forehead. Recently she also paired her traditional look with a western outfit which was loved by her fans and followers. 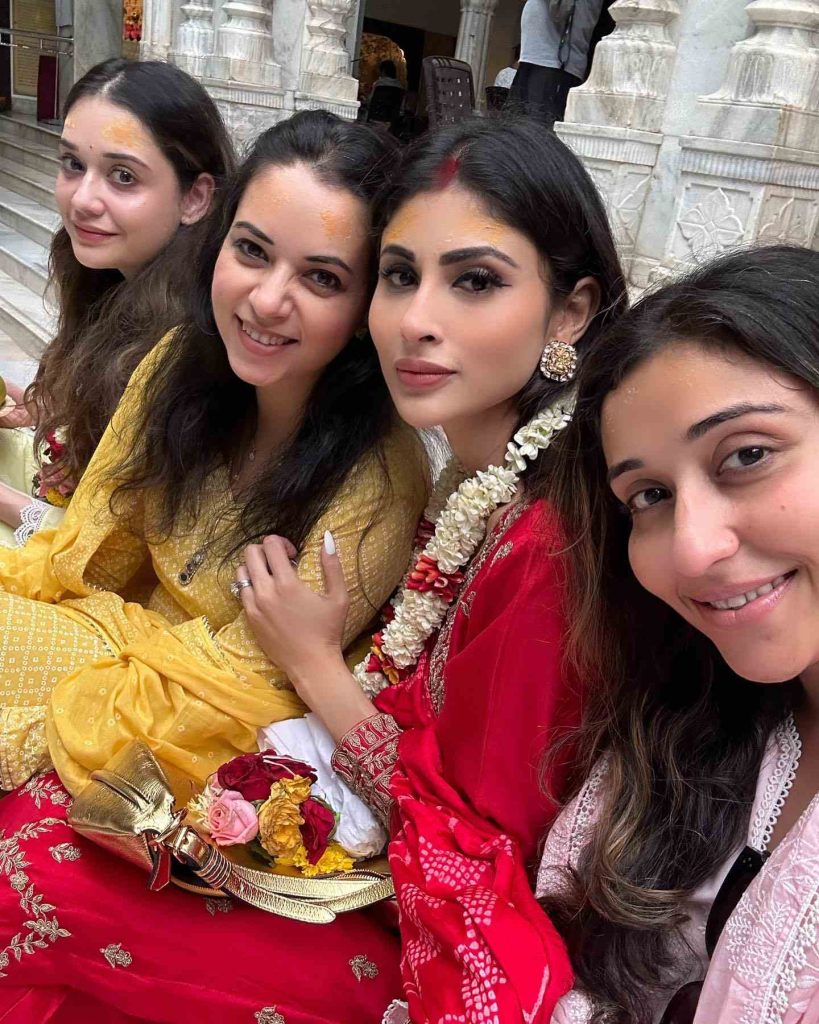 Now, the gorgeous diva has dropped new photos from a temple that she visited with her girl gang to celebrate her 37th Birthday. In the photos from the temple, she could be seen seeking blessings from the almighty with her friends. Mouni is wearing a bright red kurta along with sindoor and varmala on her neck. Mouni clicked a selfie in which she showed a closer look at her appearance and her outfit for the day. The diva shared the photos with her admirers and wrote, “Blessed mornings Hari Om”. 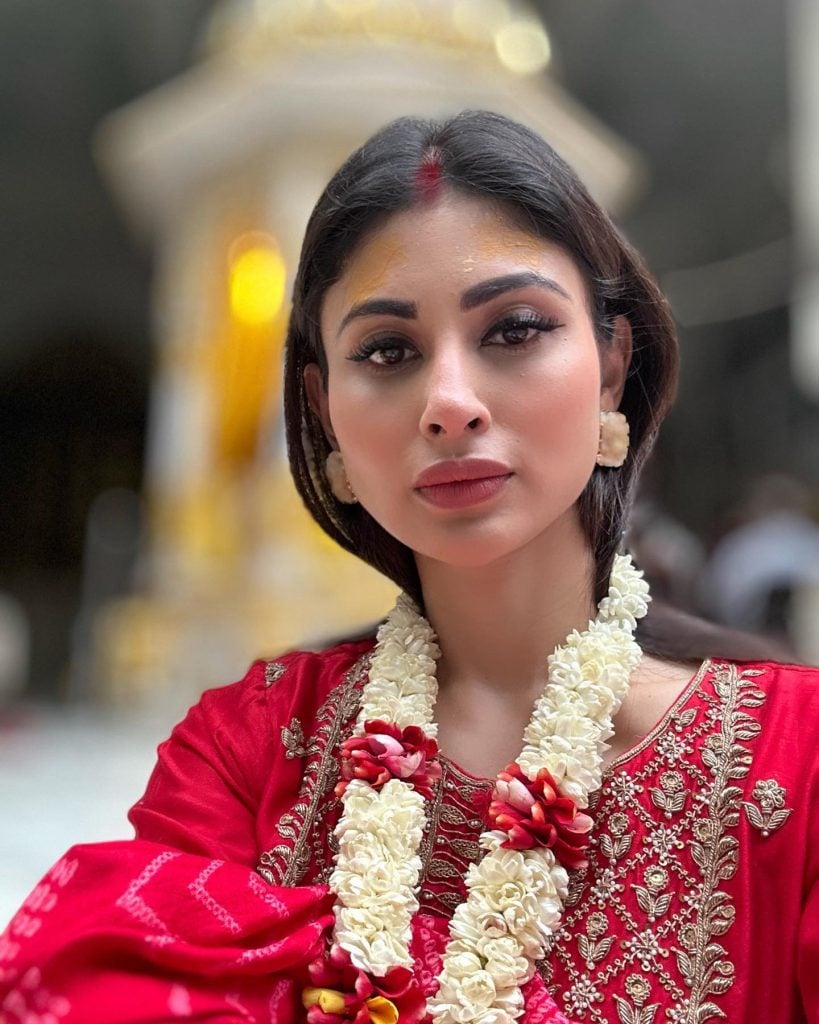 Later the actress also kept a party at her house and invited many industry friends including Mandira Bedi, Karan Tacker, Drashti Dhami, Shamita Shetty, and others.