Rashmika Mandanna is a national crush for a reason. The actress with the most infectious smile has once again won the hearts of many. The diva recently walked on the ramp for Varun Bahl who is a known fashion designer. The audience and the fans of the actress couldn’t take their eyes off the actress as she was looking stunning in a red lehenga. 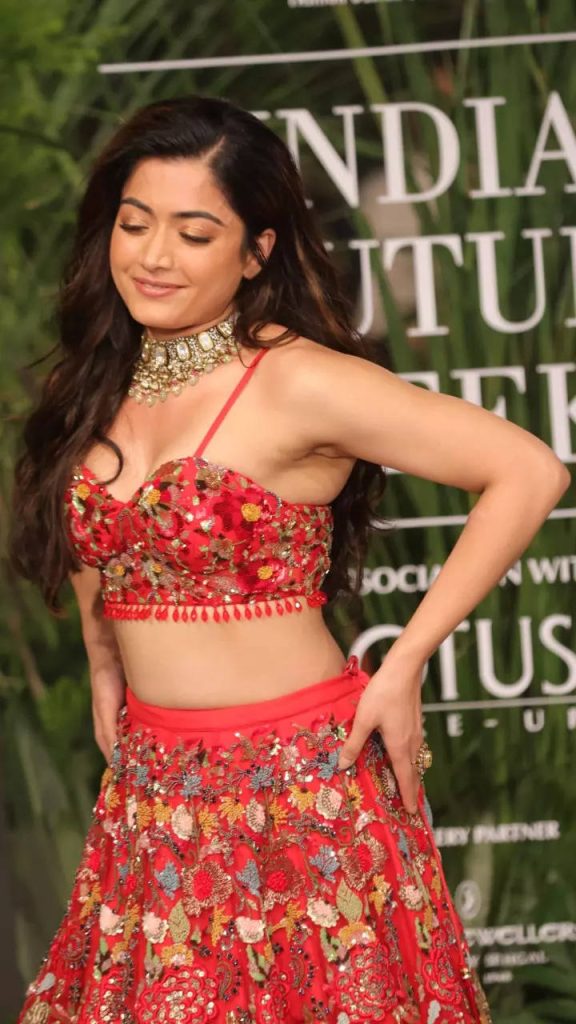 The designer shared a video on his official handle in which the actress could be seen walking the ramp and posing. The actress donned the ethnic outfit with heavy embroidery like a pro and owned the show like nobody’s business. As soon as the video made its way online, the fans and followers of the actress started showering their love. “she looks so beautiful in traditional outfits,” wrote one user. “the color and the design is looking so good on her,” wrote another user. Another user commented, “@rashmika_mandanna you are sooooo beautiful”. 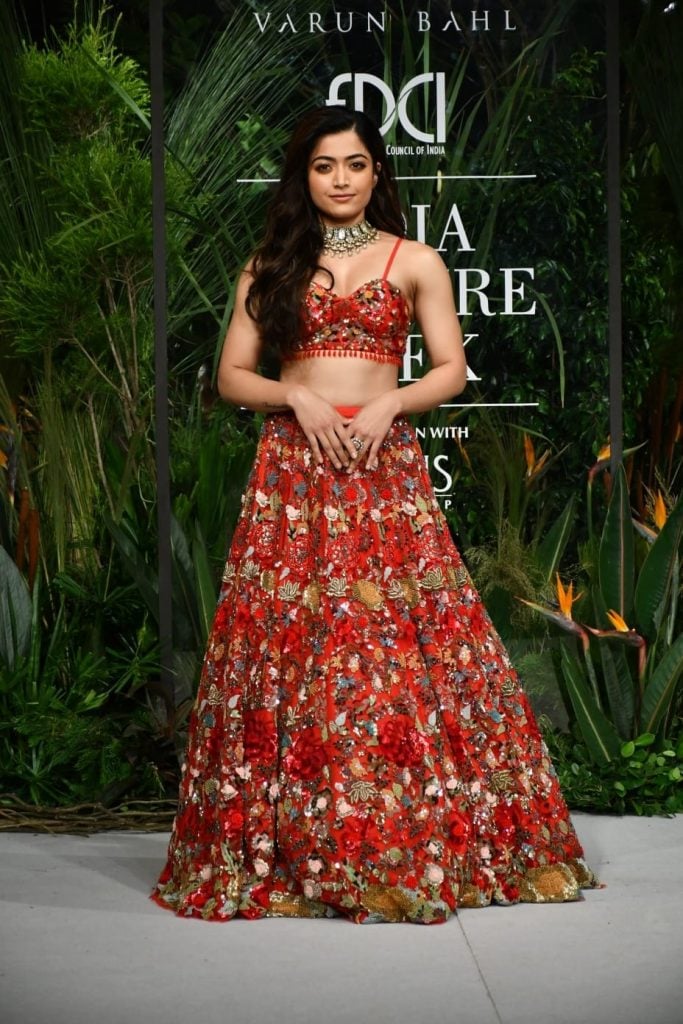 The actress kept her makeup minimal and allowed her outfit to steal all the limelight. She kept her manes open and flaunted them while walking. Rashmika also gave a miss to any heavy earrings or accessories except for a beautiful choker necklace.

Rashmika also shared a few glimpses before going for her ramp walk and captioned it, “Few moments to go.”

For the unversed, Rashmika has already worked in four film industries and is all set to make her Bollywood debut opposite Sidharth Malhotra. The actress is a known name down south and has become a huge star globally after the success of her film Pushpa.