Actor Neetu Kapoor was delighted to see her son, Ranbir Kapoor join her on the sets of Dance Deewane Junior. The paparazzi spotted the mother-son duo sharing hugs and kisses as they meet each other.
Ranbir Kapoor who has been on social media recently without even being on social media is again in the limelight. Ranbir Kapoor went on the sets of Dance Deewane Junior finale along with co-actor Vaani Kapoor to promote his upcoming project, “Shamshera”  which is going to release in theatres on 22 July. 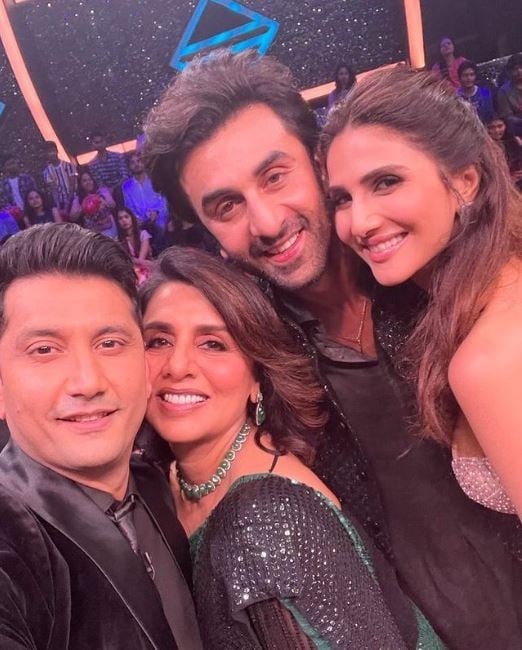 Veteran actress, Neetu Kapoor took onto her Instagram handle to promote her son’s upcoming project “Shamshera” by posting a picture from the sets of Dance Deewane Junior with a caption, “Shamshera in the house 🤩🙌❤️🧿.” Ranbir Kapoor’s co-actor Vaani Kapoor reposted the picture on her Instagram handle. Neetu Ji also shared a video where she is seen dancing along with Master Marzi, Vaani Kapoor, and Ranbir Kapoor on the songs of ‘Shamshera.’ Marzi Pestonji, a co-judge from the show also shared the video to promote Shamshera. 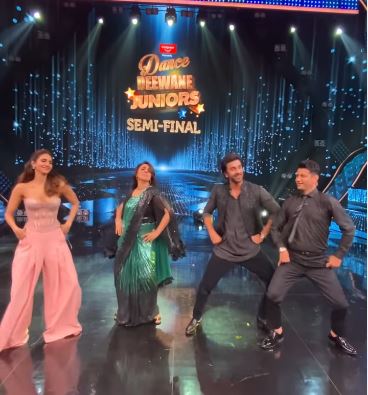 Neetu Kapoor who started working after so many years has a great line of projects going. She is judging the dance reality show, “Dance Deewane Junior.” She also worked on a film recently, “Jug Jugg Jeeyo”.
Vaani Kapoor who was last seen in “Chandigarh Kare Aashiqui” opposite  Ayushmann Khurrana has two films lined up, “Shamshera” and “Sarvagunn Sampanna.” She took professional training for Kathak as she portrays a dancer in Shamshera.
Talking about Ranbir Kapoor, he has a lot on his plate right now in both his personal and professional life. The daddy-to-be is lined up with: Shamshera, Andaz Apna Apna 2, Bhramhastra, Devil, Animal, and much more. 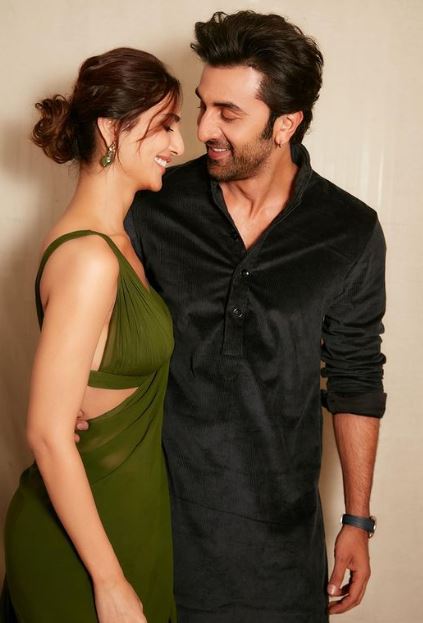 Ranbir and Vaani showcase sizzling chemistry on screen while Sanjay Dutt plays the antagonist of the upcoming project. It is directed by Karan Malhotra and produced by Aditya Chopra under the umbrella of Yash Raj Films. The story follows a dacoit tribe and their fight for independence against British rule. Although Ranbir is busy with his commitments he is still giving enough to her newlywed and mommy-to-be Alia Bhatt. He is missing no chance to be around his family and surprise them in any way possible.