Popular B-Town Couple Hritik And Saba Share Their Mushy-Cute PDA With Their Fans: Pictures Inside !!

Actor, musician, and voice contortionist Saba Azad who is in a relationship with the one and only Hrithik Roshan is yet again stealing the limelight because of their relationship. The cute couple is seen traveling and having their romantic getaway. The two were seen attending Ronnie Scott’s Jazz show. They were seen having drinks and enjoying their time together. 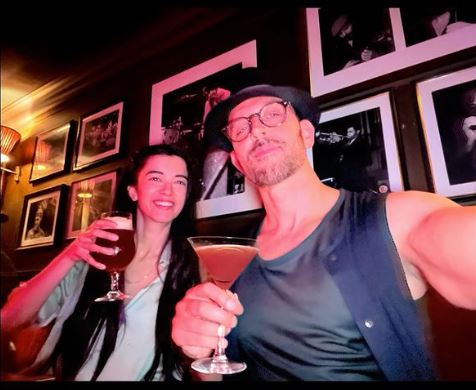 Recently Saba shared pictures of her and Hrithik on her Instagram handle and wrote the caption, “Where the jazz cats at?? 🐱🐱” She shared a video where she was seen driving cocktails and enjoying the jazz club.

She also posted a picture sitting in a cafe, looking away from the lens with a cup of coffee in front of her. The caption said, “Not a selfie, not my coffee.” She gave photography credits to her boyfriend Hrithik. 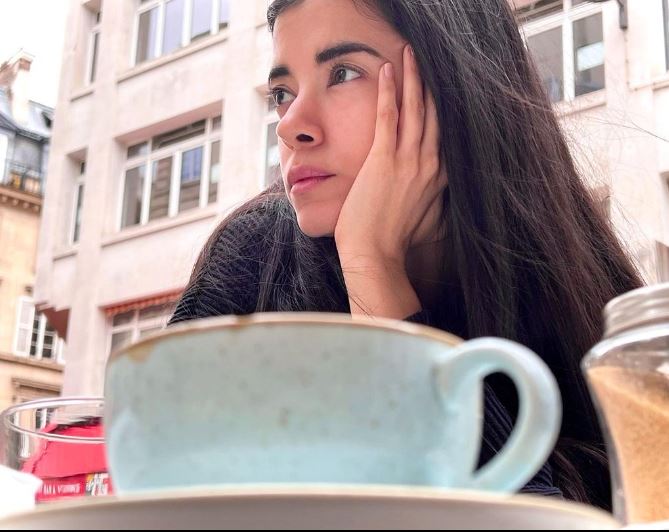 This is not the first time that Hrithik and Saba have been spotted together.  Hrithik and Saba know well enough how to spend quality time with each other. The two have been dating for a few months and were officially spotted together at Karan Johar’s birthday bash in May together where they wore black-on-black twinning outfits. The duo was vacationing in Paris from where they left for London.

After the divorce from Sussanne Khan, Hrithik started dating Saba. Saba has a good bond with Hrithik’s ex-wife and shares a great bond with his family and kids. She was also seen at Roshan’s family events. 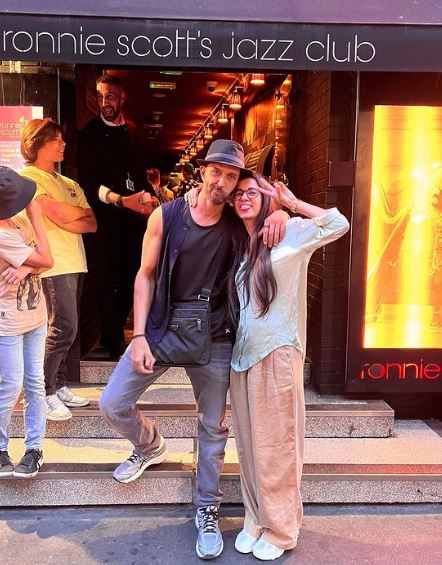 On the work front,  Hrithik will be next seen in Vikram Vedha co-starring Saif Ali Khan and Radhika Apte which will be released on September 30. For the first time in Siddharth Anand’s Fighter, Hrithik will be seen opposite Deepika Padukone. He reportedly also has Krrish 4 on this list.

Saba who was seen in the web series Rocket Boys will be soon seen in an upcoming drama, titled ‘Minimum’. She will be essaying the role of a French girl in this project. Saba has done bollywood films like Detective Byomkesh Bakshyi, Shaandaar and Karwaan. She is one half of electro-funk duo Madboy/Mink. Reacting to her performance in Rocket Boys, Hrithik wrote, “You are one of the finest actors I have ever seen. You inspire me.”