We often love our favourite stars so much that we believe in everything that has been posted about him or her online. recently, actor Abhishek Bachachan too had to face a similar situation when a fan posted a picture of him and Aishwarya Rai on twitter. Abhishek Bachchan who is the son of Bollywood star Amitabh Bachchan, took the notice of the picture and called it ‘Photoshopped’. 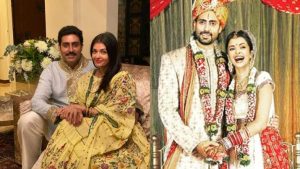 The picture has been doing the rounds on the internet for quite some time now, the actor finally put the speculations in the trash. On Thursday, Abhishek took to his official Twitter account and responded to the picture which shows Abhishek and Aishwarya smiling on their wedding day. The morphed couple in the picture could be seen decked up in wedding attire and smiling for the camera. Sharing the picture the fan wrote, “Her laugh n his Smile say it all Smiling face with heart-shaped eyes red heart #MyLovelies #AbhishekBachchan #AishwaryaRaiBachchan #TBThursday.” 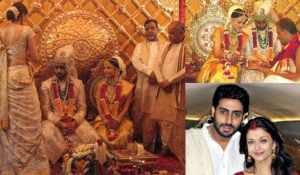 However, as soon as junior AB found out the image he mentioned that the image is not from their wedding and it’s photoshopped. “This is a photoshopped image,” Abhishek wrote along with a folded hands emoticon.

Abishek and Aishwarya painted the town red in 2017 when the couple decided to tie the knot. Reportedly, the couple started dating eachother after they both worked together in JP Dutta’s Umrao Jaan in 2006. Aishwarya Rai and Abhishek Bachchan today are among the most loved couple in Bollywood who is also blessed with a daughter, Aaradhya. 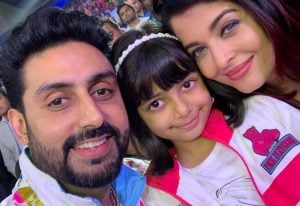 On the work front, Abhishek has been praised for his recent projects and is all set to work in Kahaani’s spin-off Bob Biswas. The actor has many films in the pipeline including Dasvi, Aishwarya on the other hand, is busy shooting for Maniratnam’s Ponniyin Selvan.