Parineeti Chopra Drops Vacation Pictures From Turkey Fans Ask How She Travelled Amid The Pandemic, Here’s What She Has To Say

Actress Parineeti Chopra is riding on the success of Sandeep Aur Pinky Faraar after it released on Netflix. The actress who is currently vacationing in Turkey recently dropped a picture of herself chilling beside the beach. Dressed in a black bikini the actress has set the temperature soaring. Many of her friends from the industry including her cousin Priyanka Chopra dropped comments on the post. She wrote “Iam so jealous”

Parineeti also hosted a Q&A session with her fans on Instagram where fans asked her how she is traveling across the country amid the pandemic. To which she replied, “I wanna address this since most people are not able to travel from India. I have been outside the country since March. I am lucky enough to be able to travel freely in these difficult times. And I am not taking this blessing for granted.” Take a look: 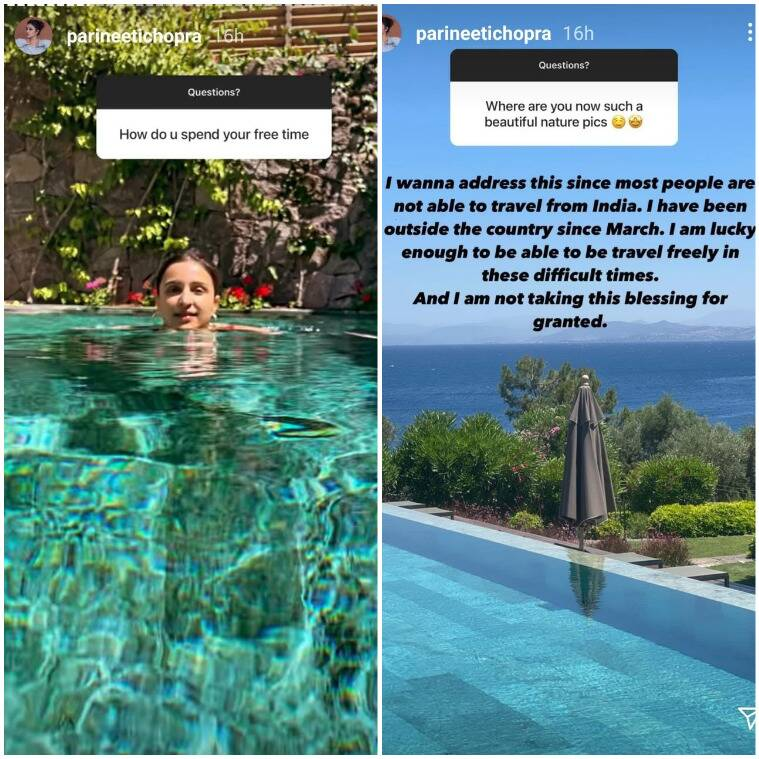