“Sara Ali Khan Used To Provide Me With Marijuana Joints”, Rhea Chakraborty Makes SHOCKING Revelations In Her Statement To NCB

Late Sushant Singh Rajput’s girlfriend Rhea Chakraborty has made some shocking revelations against Saif Ali Khan’s daughter Sara Ali Khan in her statement to Narcotics Control Bureau.  Now Zee news has accessed the charge sheet in connection to SSR’s drug case. As per the charge sheet, Rhea has claimed that Sara used to provide her “marijuana” and “vodka”. She revealed that Sara used to roll doobies (marijuana) and share it with Sara.

The charge sheet read, “There was conversation related to drugs, which she was suggesting as a remedy for a hangover. She was talking about Ice-cream and marijuana that she uses, as an offering to me for pain relief. This was just a text that never took place in person.”

“In the chat of June 6, 2017, you have shown me record and there is a conversation about vodka and drugs in this char. She (Sara) is offering to bring vodka and marijuana (as referred to as drugs) to my place. I have not received any such vodka or drugs from her on that day”, read her confession. 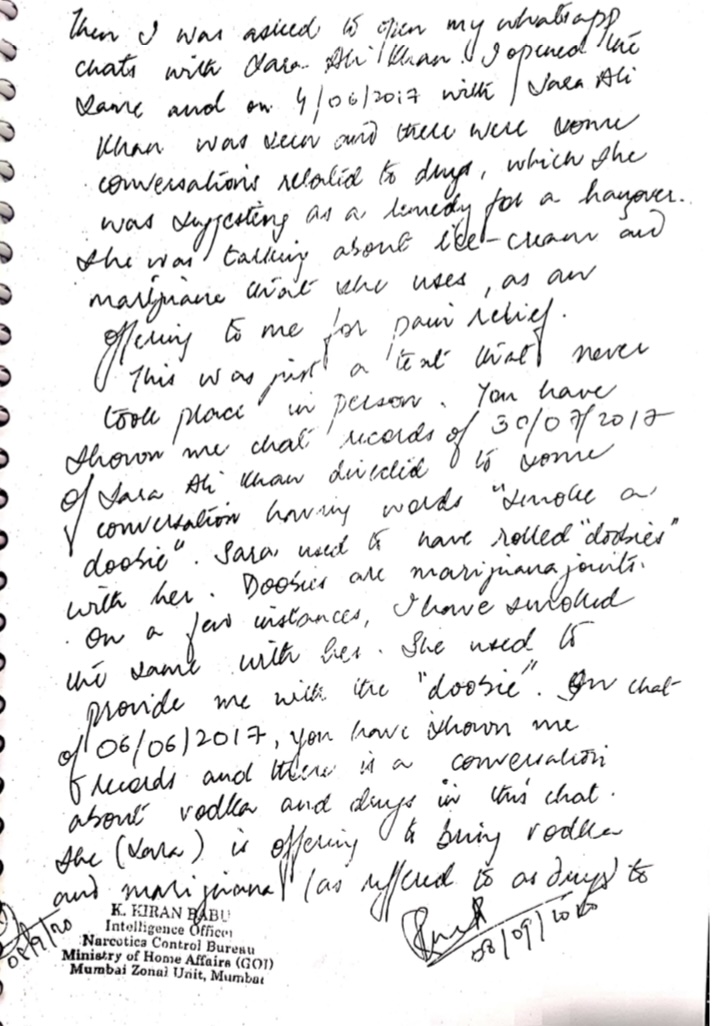 Sara Ali Khan was summoned last year in connection to SSR’s drug case where she confessed to dating Sushant for a while.  She also mentioned that she had accompanied him on a trip to Thailand.

Sushant Singh Rajput left for heavenly abode on June 14, 2020. The actor was found hanging from the ceiling at his home in Bandra. Ever since Rhea Chakroborty and many other A-listed actresses including Deepika Padukone, Shraddha Kapoor, Sara Ali Khan were questioned by the NCB.