Virat Kohli and Anushka Sharma are once again in the news for their subtle PDA. The fans and followers of the couple go gaga over whenever the couple appears together at any event or airport. The duo is the busiest celebrities in their respective fields. However, both often share beautiful pictures of themselves from their exotic vacations.

But this time the star cricketer showed glimpses of his wife while on a video call. The Indian cricket team recently performed well against South Africa in Thiruvanthapuram as they won the match by eight wickets. The Greenfield stadium was packed with admirers of the cricketers and fans who supported the team throughout the match. The team was also welcomed by thousands of fans at the airport when they arrived in the city. 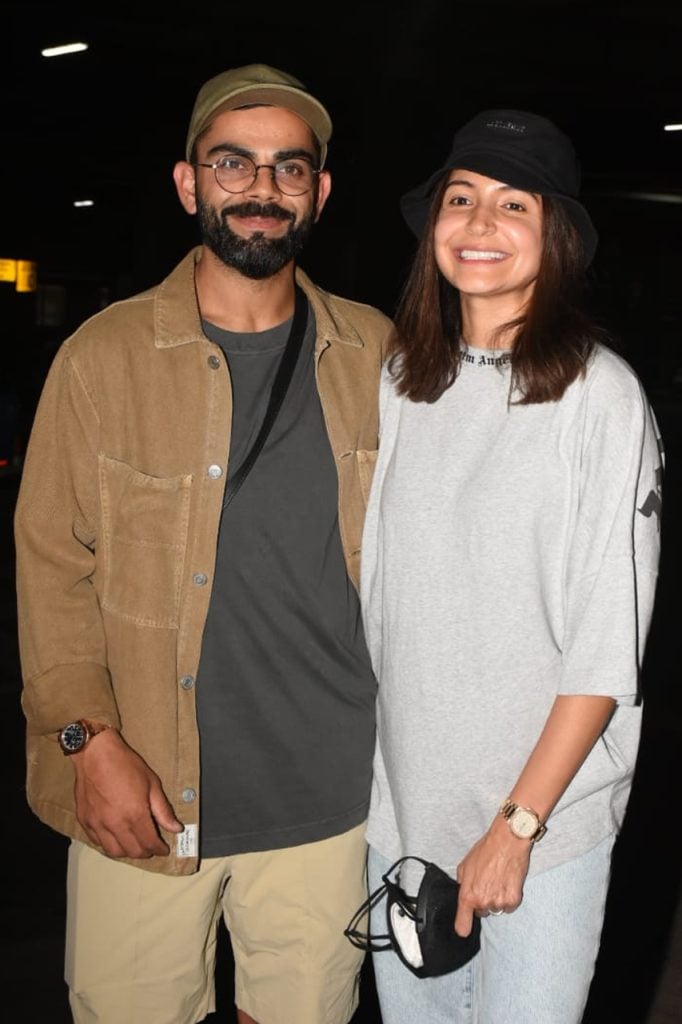 After the match when the Indian team was leaving the stadium in the team bus Virat Kohli did something that made the fans crazy. The cricketer was on the video call with his wife Anushka Sharma on the bus. As the bus was leaving the fans started shouting Virat Kohli’s name and he flashed the phone screen toward their fans. The cricketer smiled ear to ear while showing the phone to the fans. Virat showed the immense support the team is getting to his wife.

@imVkohli In Video Call With @AnushkaSharma While Returning From Match And Shows It To Fans 😂🤣💖#Virushka #INDvSA pic.twitter.com/YRVLNwZCiq

After seeing Anushka on the phone screen the fans started shouting and cheering even harder. The video of Virat showing his phone is going viral on the internet and is being loved by the cricketer and Bollywood fans.